A devoted traveler, Roche journeyed to Antarctica at age 80 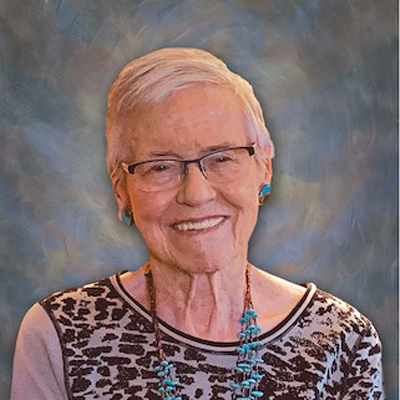 LOUISVILLE — The Rev. Dr. Barbara Anne Roche, Horizons Magazine’s first editor, died May 8 after a year-long decline from a head injury. She was 86.

While at Princeton Seminary, she spent a year at United Theological College in Bangalore, India, thus beginning a life-long love of travel to exotic and interesting places, including a trip to Antarctica at age 80.

Under her leadership, a group of women went to South Africa to study apartheid; their findings were published in Horizons. Their efforts pleased Archbishop Desmond Tutu so much so that he wrote an article for the magazine.

In 1975, the Women’s Center at the Graduate Theological Union in Berkeley named Roche its Woman of the Decade.

Under several different guises — journalist, consultant, clergy — she toured the world, attending the World Council of Churches Assembly in Australia, the NGO Fourth World Conference on Women meeting in China, as well as various church conferences and ecumenical workshops. She retired in 1998.

She was preceded in death by her parents and is survived by her sister, Georgia Gleason (James); a niece, Katharine Gleason (Patrick) and a nephew, Patrick Gleason (Evelyn); two grandnephews, James Gurian and Irvin Garay, a grandniece, Anna Gurian; and many loyal friends. She is also survived by her much-loved cat, Cooper.

She has been cremated and her ashes will be spread at Ghost Ranch in Abiquiu, New Mexico. A memorial service will be held at 2 p.m. Eastern Time on Friday at the Pavilion at Camp Cedar Ridge, 4010 Old Routt Road in Louisville.