…be led forth in peace. (Isaiah 55:12). Support to the Peace & Global Witness Offering.
Make A Donation Click Here >
Home › The Rev. Adriene Thorne is called to be The Riverside Church’s eighth senior minister

by The Riverside Church | Special to Presbyterian News Service 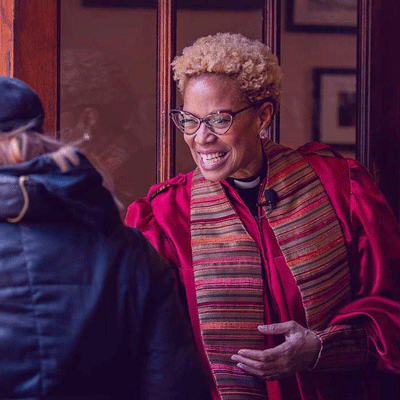 MORNINGSIDE HEIGHTS, New York — The Rev. Adriene Thorne, leader of First Presbyterian Church of Brooklyn, has been voted in by the congregation of The Riverside Church in the City of New York as the eighth senior minister in the church’s history. Thorne is the first African American woman to serve as senior minister. She will begin her post on Oct. 1.

“I am grateful to God for the blessed opportunity to bring my gifts to The Riverside Church and to join with the faithful servants there who are tirelessly nurturing God’s fresh vision of the Beloved Community,” said Thorne.  “In this tumultuous chapter in our nation’s story, I am excited to lead an engaged community of faith that has the grace and fortitude to repair the harm visited upon God’s planet and people.” 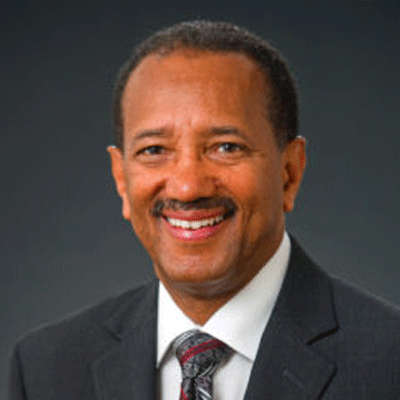 The Rev. Michael Livingston (Photo courtesy of The Riverside Church)

“I welcome and celebrate Riverside’s enthusiastic call to the Rev. Adriene Thorne to become its eighth senior minister,” said the Rev. Michael Livingston, who has served Riverside Church as interim senior minister since 2019. “Rev. Thorne brings a genuine pastoral presence and prophetic voice to Riverside.  Her creative passion for music, art, and dance deepens her broad experience as she begins this work. What a wonderful marriage of pastor and people this will be!”

Thorne was chosen from a nationwide field of candidates by a specially appointed 11-member lay Senior Minister Search Committee, assisted by Riverside’s two denominational affiliations, the United Church of Christ and American Baptist Churches USA. The search committee reviewed the candidacies of dozens of individuals over the course of the last 18 months.

Watch a question-and-answer session that The Riverside Church held on Saturday with then-candidate Thorne here.

Before being named as Riverside’s senior minister, Thorne served First Presbyterian Church of Brooklyn since 2016. Beginning in 2008 she spent eight years at Middle Collegiate Church in a variety of ministerial roles, concluding her service there as executive minister. With neighborhood partners, she co-founded the award-winning Brooklyn Heights Community Fridge in 2021 which won the Nextdoor Love Your Neighborhood Award, was featured at the Nextdoor initial public offering at the New York Stock Exchange, and highlighted in Real Simple magazine.

Thorne completed post-graduate studies in pastoral care and counseling at The Blanton-Peale Institute and is a certified life coach and disaster chaplain. She received her Master of Divinity degree from The Pacific School of Religion where she earned the Koinonia Award, the school’s highest honor given to those who strengthened the seminary through outstanding contributions of spirit, insight, and intellect.

About The Riverside Church

Located in Morningside Heights on the Upper West Side, The Riverside Church in the City of New York is one of the leading voices of progressive Christianity, influential on America’s religious and political landscapes for more than 90 years. Built by John D. Rockefeller Jr. and currently led by interim senior minister the Rev. Michael Livingston, the interracial, interdenominational, and international church has long been a forum for important civic and spiritual leaders, including Dr. Martin Luther King, Jr., Nelson Mandela, President Bill Clinton, the Dalai Lama, and countless others. Visit https://www.trcnyc.org or find The Riverside Church on social media to learn more about its rich history and the latest news and events.