The Rev. Dr. Alice Ridgill proves her point with a rendition of the Prodigal Son parable from a nontraditional perspective 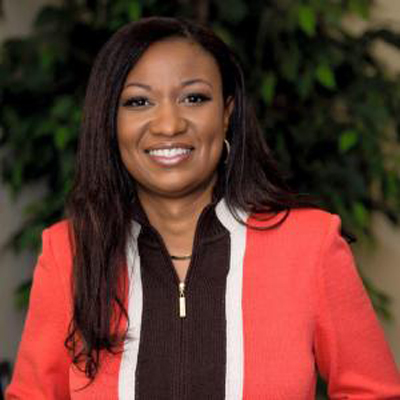 LOUISVILLE — Preacher, tell us a story.

People who listen to sermons week after week will usually sit up and take notice when the preacher launches into a good story, according to the Rev. Dr. Alice Ridgill, associate executive presbyter for the Presbytery of Charlotte. Ridgill spoke Saturday during the third installment of The Preaching Lab, a five-part online workshop offered monthly by New Hope Presbyterian Church in Anaheim, California, through a grant by the Calvin Institute of Christian Worship in Grand Rapids, Michigan.

Nearly 40 people from around the country are attending the online series. Read previous Preaching Lab stories here and here.

Stories, Ridgill said, “transcend race, culture and class. All of us identify with a good story.” Someone said once the “shortest distance between two people is a good story,” Ridgill said.

Jesus’ stories, his three dozen or so parables, remain with us today for a number of reasons, including:

Most people listening to their preacher weekly would prefer a story to mere information-sharing, she said. Ridgill said one study shows stories are 22 times more memorable than the facts alone. “You say, ‘Once upon a time,’ and they know what’s coming next,” Ridgill told the group, made up largely of preachers. “You see people sit up and lean forward when they know a good story is coming.”

Ridgill recalled a sermon she once delivered “that was not going well. I was presenting a lot of information, and I had done my homework. My exegesis was tight, but the longer I preached, the more I could see people were fading. My one saving grace was the story at the conclusion. When I started it, people sat up and were more engaged, giving me their undivided attention. There’s something about a story that helps people relate to what you’re saying.”

Ridgill offered up three don’ts and three dos to the gathered preachers.

Oh — and make your stories sticky, she urged.

Sticky stories engage the senses, evoke emotion and paint a picture, Ridgill said. “In the preaching moment, we have to help listeners not only hear the truth of God’s word, but to see it,” Ridgill said.

After going through different types of narratives, including biblical, experiential, fictional, third-person and first-person, Ridgill concluded the workshop with another sermon she once delivered: the story of the Prodigal and his Brother, which she told from the perspective of a tax collector who heard Jesus first share the parable.

Ridgill’s sermon was along these lines:

I could listen to Jesus all day long. Everyone hates to see me coming. I work for Rome and cheat my own people for a living. I make a good living, but truth be told, I’m miserable.

Jesus is not like everyone else. He talks to people like me. He comes to my home and has dinner with us.

I was told Jesus’ stories often have a deeper meaning. When the younger son asked for his share, I was shocked. He was saying, “Dad, I wish you were already dead.” The father ignored the shame and the hurt and chose to give him his inheritance.

The son moved to a distant country and wasted all his wealth on vile living. He ran out of money and was without friends, family and food, and seemingly without a future.

He took a degrading job feeding pigs. I knew this dude had hit rock bottom. I’ll bet he felt like things couldn’t get any worse. Truth be told, I felt like that sometimes. When I took this job, all I could think about was the money. I realize now I made a big mistake.

The younger son comes to his senses and wonders if the father will receive him or not. He could see his home in the distance, and he knew he had nowhere else to go, so he kept walking.

Jesus shocked all of us when he said the son looked up and saw his father running toward him. Dignified Jewish men didn’t run in public. Jesus was pointing out the father’s unconditional love for his son. As they embraced, the son said, “I am no longer worthy to be called your son,” but the father ordered a robe, ring, sandals and a feast be prepared so everyone could celebrate his son’s return.

Then Jesus paused. I thought it was the end of the story. He went on to say that when the older brother found out, he became angry and refused to join the celebration. I immediately looked at the Pharisees. I hoped and prayed they realized that Jesus was talking about them.

Instead of changing his attitude, the older son became even more self-righteous. Jesus ends the story with the father telling the older son, “You are always with me, and everything I have is yours. But we had to celebrate and be glad. This brother of yours was dead and is alive again! He was lost, and now he’s found.”

“I’ve got to come out of character,” Ridgill said at that point. “Everyone makes mistakes, and those mistakes can cause feelings of rejection. But God is not a god of rejection. The love of God is unconditional. Consider reaching out to people struggling with refection. Do you feel that pain? Know God’s love for you is unconditional and unchanging.”

“On the right occasion, and given the right circumstances,” Ridgill said, a first-person narrative sermon “can be an effective way to communicate the gospel of our Lord Jesus Christ.”