The church is responding to the Syria-Turkey earthquake, GIVE NOW!
Make A Donation Click Here >
Home › The pastoral team behind a ‘People’s Cathedral’ in San Diego highlights trials and successes during PC(USA) podcasts

Photo by Emilio Garcia via Unsplash

LOUISVILLE — Two New Church New Way podcasts that dropped last month explore the spark behind the formation six years ago of Ebenezer Church in Linda Vista, California, a 1001 New Worshiping Community founded as a “People’s Cathedral,” a community that prioritizes tables over stages, schools over sanctuaries and soccer fields over offices.

Listen to the podcasts, “A People’s Cathedral” and “Tables Over Stages,” by going here and here. Each podcast is about 25 minutes.

The show’s host, the Rev. Sara Hayden, along with its producer, the Rev. Marthame Sanders, bring listeners the conversation among Hayden and Ebenezer Church’s Noel (pronounced “no-elle”) Musicha, who also goes by “Noxy,” and Jere Lester. Further complicating the matter is this fact: Lester’s wife is named Noelle.

During a visit to Malawi while Jere Lester was serving a previous church, Noelle Lester told her husband he had to get to know a man she’d just met. “He’s brilliant,” she told him, according to Jere Lester, “and I know you’ll be friends.”

They met that night at a basketball game, and Noelle was right. “It has evolved,” her husband said, “into a close friendship.”

“Our ministry trajectories were going in the same direction in two different places,” Musicha said. “It’s interesting how God orchestrated the story.”

“Nothing was wrong” at their then places of ministry, Lester said. “We arrived at a place of understanding that God was leading us to do something different … Noxy and I shared this feeling of being stuck, and he began to describe Linda Vista, this place of heavy immigration. Our diversity is off the charts. He explained the need for viable alternatives for the youth to latch onto. It was one phone call,” Lester said, “and we both knew.”

“It was one strange phone call,” Musicha said with a chuckle. “I was resistant to pastoral ministry, and we shouldn’t have been planning ministry. There was nothing to plan with, except the Lord saying, ‘Help is on the way.’”

“Early on, we prayed for the toughest terrain,” Lester said. “We envisioned folks in need, and after [hearing] a few sermons, their lives are transformed” and they become faithful church members. “To his credit, Noxy is relentless bringing us back to center. We exist for those who don’t fit in, who are poor and on the margins.”

“It can feel romantic from a distance,” Musicha told Hayden. “I have been there on Sundays when I’m tired and a new person walks in broken and a mess. I ask God, ‘Are you serious right now?”

God also brought to Ebenezer Church a third member of the pastoral team, Ruby Tovar-Morin, who’s a licensed marriage and family therapist. “What she brings to the community, it just works,” Lester said. “She is the healer and is often the adult in the room. Ministry is hard here. There’s nothing in seminary that prepares you for a guy who wants to fight you right before a sermon,” which Lester said really did happen. Another time, Ebenezer Church goers saw the sermon, which is generally co-delivered by Musicha and Lester, interrupted at length by a woman “clearly under the influence” of methamphetamine, Lester said.

“The role our spouses play has been critical. This isn’t the kind of church you stumble into,” Musicha said. “If you’re going here, it takes a lot of intentionality, a lot of wrestling together about the ministry God has put before us.”

‘We always knew these are our people’

When the church organized, Musicha had an alliterative three-part test for anyone considering joining the People’s Cathedral: He asked prospective church goers to consider their calling, commitment and cause. “We have neighbors with difficult stories,” he said. The message was this: “We don’t want you to leave in four months like you always do.” About 25 people showed up for that first service, “and a lot of them are still left,” Musicha said.

“We have had our share of struggles, but we understand the need as expressed by the neighborhood,” Lester said. “From the start, we listened to the voices in the neighborhood, loving these young people on the edge of being recruited into gang lifestyle.”

“We knew we could do church, preach and disciple, but how to incorporate this incarnational approach into a neighborhood that doesn’t trust anyone in authority and struggles to make ends meet? This is our crew,” Lester said. “We always knew these are our people.”

It’s important, Lester said, for Ebenezer Church’s pastors “to smell like sheep. We still don’t have an office. You will find us on the streets. Throughout the week, our call is to be out in the community.”

During the second podcast, Musicha and Lester discuss transforming the worship space by eliminating the stage and gathering everyone around tables for worship followed by a meal. “It’s a symbol of how we want to do life together as a community,” Musicha said.  “It kind of creates chaos, and you have to manage your way through that. We don’t have to worship the worship leaders.”

“The Holy Spirit gives gifts to more than just folks who can sing and preach,” Lester said. “At the table, there’s no seating chart, and we don’t care about titles … When you see it practiced, it has a profound impact on your soul. The table for me has been a great teacher.”

Musicha brought up a church attendee named Kelly, a woman living with mental illness who often sleeps in doorways near the church. “If this world we are creating doesn’t include Kelly, this is not church,” Musicha said. After Kelly’s brother saw how kindly the church was treating his sister, he too started attending, as did some of his friends. “His friends,” Musicha said, “have become our greatest evangelists.”

“We are a church of the truly unchurches,” Musicha said. “Just to say you welcome means absolutely nothing.”

The two church leaders coach athletic teams in addition to their pastoral duties. “The nice thing about coaching in a distressed neighborhood is that we have open rein to share freely why we do what we do,” Lester said. “We say that the second-best sermon every week is happening in the team room or on the field. The folks we coach with and under understand the importance of mind, body and soul.”

On each of the past two Father’s Days, Lester has received flowers that former players have had delivered to his home.

“These are folks who needed someone to believe in them — that they matter and are cared for, that if they need a meal or a couch to crash on, that’s why we’re here,” Lester said.

“I notice trauma in my players,” said Musicha, a former member of the Malawi national team who also played soccer professionally. One day, he told a high school senior playing on the team Musicha was coaching, “When you are happy, the whole team is different,” and they play better as well, Musicha told him. 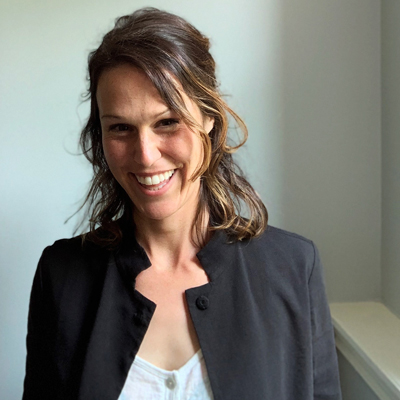 “He literally started crying. He said, ‘Coach, I have never heard that before,’” Musicha said. “I said, ‘That is a God-given gift you have. Why would I want to minimize that?’”

That player now competes for his community college team. When he saw his former coach standing on the sidelines just before gametime, he sprinted over for a quick hug before finding his position on the pitch.

“We are always having gospel conversations,” Musicha said. “When we treat people as humans, they give us a sign that they are ready for the evangelistic thing.”

Hayden thanked both leaders for appearing on the podcast. “It is a source of joy,” Hayden said, “to know the blessing of your presence in that neighborhood.”