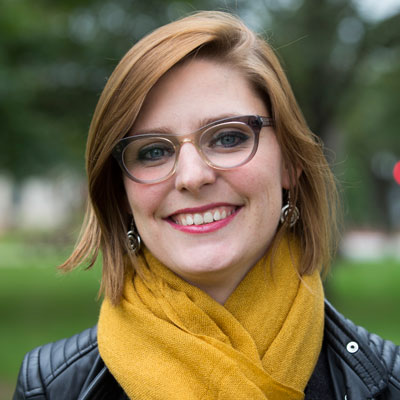 LOUISVILLE — Layton E. Williams knows something about living in the margins.

As a bisexual female pastor from a largely conservative southern family in South Carolina, Williams has spent much of her life surrounded by and loving those with whom she will never agree. As a Christian who was taught that unity is always the desired outcome, faithfulness to her convictions meant sacrificing her relationships with loved ones.

This was not a sacrifice Williams was willing to make, writing in her new book, “Holy Disunity: How What Separates Us Can Save Us” (Westminster John Knox Press), that “it is possible to hold on to both our convictions and one another.”

Williams argues against unity at all costs and shows that our primary calling as Christians is to seek authentic relationship with God, ourselves, one another and the world around us. 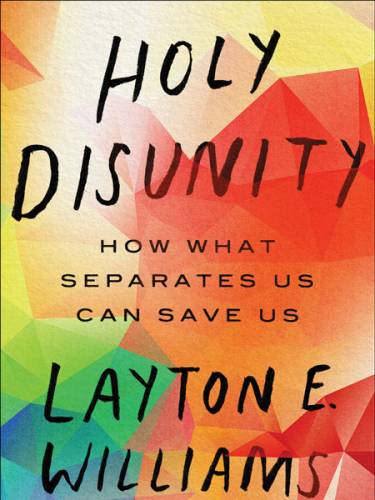 But how can Christians who live in a fractured and polarized world embrace disunity and find a new way forward? Williams offers a way by analyzing conflicts and rifts in both modern culture and Scripture, presenting 12 gifts of disunity such as vulnerability, failure, and uncertainty, and revealing what each can offer us.

“‘Holy Disunity’ is clear, cool water for those of us emotionally and spiritually dehydrated from navigating the discord around us,” says John Pavlovitz, author of “A Bigger Table” and “Hope and Other Superpowers.”

By asking us to live within these moments of tension and vulnerability, Williams presents a “young, fresh, unexpected theological voice,” writes Diana Butler Bass (author of “Grateful: The Transformative Power of Giving Thanks”) in her foreword. Williams is “a woman who (admittedly) doesn’t fit anywhere — taking on one of Christianity’s most cherished ideals: unity.” Learn what God has to offer by sitting in unresolved spaces in “Holy Disunity,” available now from Westminster John Knox Press.

Layton E. Williams is an ordained minister in the Presbyterian Church (U.S.A.) and a writer. She previously served as a Pastoral Resident at Fourth Presbyterian Church in Chicago and then as Audience Engagement Editor at Sojourners. She earned an MDiv from Austin Presbyterian Theological Seminary in Austin, Texas, and currently lives in Charleston, South Carolina, where she seeks to minister in ways that offer understanding, justice and relationship in the midst of division.