Building a Life of Faith. Support the Pentecost Offering..
Make A Donation Click Here >
Home › ‘That they all may be one’ 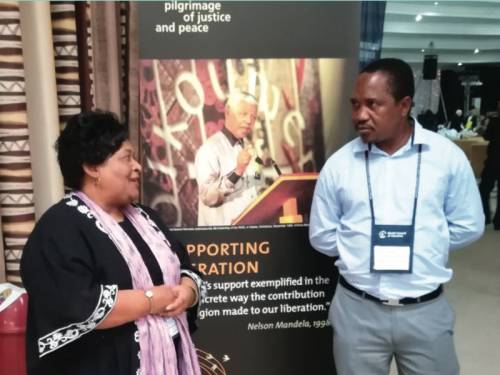 SOUTH AFRICA — Racism in South Africa was legally instituted and theologically justified by some churches. It has remained embedded in the fabric of society to this day, manifesting itself in many subtle ways that cause racial discrimination, inequality, violence and ridicule of the “other.”

Like a virus that mutates and camouflages itself in the cracks of society, racism continues wreaking havoc on human harmony and common goals. It adopts brute force and offensive language and sometimes morphs into euphemisms and coded language in order to continue undetected, rendering its actions through words invisible. Sometimes it even uses altruistic gestures to hide its vicious face. As an ideology of racial domination and racial inequality, it employs its tentacles to marginalize people who have skin color, language, culture or identity different from a dominant norm. It is both explicit and implicit in its operation, depending on the situation.

Within the global landscape, racism flourishes in environments of information pollution (in the post-truth era), unbridled consumerism, globalized coloniality of power and exploitation of the “Mother Earth.” In pursuit of unquenching accumulation of wealth for the greedy and powerful, racism does not care about true humanity or hazardous climate degradation.

In South Africa, like in the rest of the world, racial discrimination, much of it still disguised, is woven into structural and institutional fabrics and is responsible for toxic relationships.

To dismantle racism, one first needs to be able to detect it in both self and society. What type of racism detection radar can we use?

Methods such as deconstructive exploration (identifying both hidden intended and unintended meaning of actions), demythologizing (reinterpretation to remove mythical elements and historical prejudices) and decolonization of the mind (radical transformation of societal mindset) may be helpful.

The Confession of Belhar can be a guiding light in the discourse on racism as the Presbyterian Church (U.S.A.) strives for equity, inclusivity and solidarity with transnational movements that stand up for the voiceless, the least, the last and the left out. To explore and dismantle racism once and for all, we need joint efforts to radically transform deceptive gestures and ideologies characterized by rampant individualism, egocentrism and materialistic consumerism. 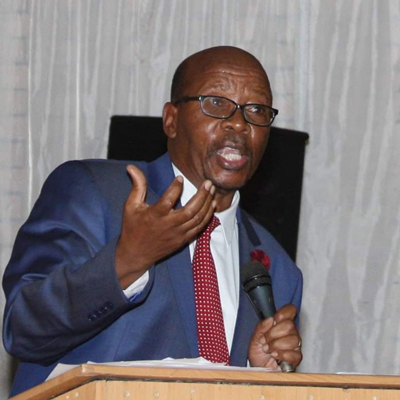 True solidarity fights the mentality that leads to contempt, and the abandonment of the weak and the downtrodden. Solidarity is about interdependence, togetherness and searching for true “comradeship” — building one community that cares for one another to attain full humanness, dignity and fullness of life, which is what Jesus Christ called the church to be.

Consider making an online gift to support the mutual ministries of the PC(USA) and partners in Lesotho, Madagascar, Mozambique, South Africa and Zimbabwe.