Among them is Second Presbyterian Church in Chicago 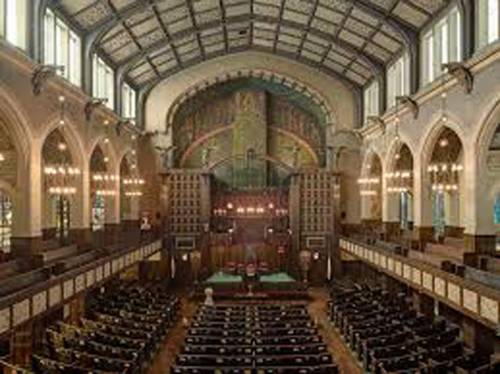 Historic Second Presbyterian Church in Chicago is among 10 churches selected to receive preservation funding from the National Fund for Sacred Places. (Photo courtesy of the National Trust for Historic Preservation)

PHILADELPHIA — Second Presbyterian Church in Chicago is among 10 churches around the country to receive a total of $1.9 million in repair and restoration funds designed to safeguard their physical legacies and strengthen the value they contribute to their communities.

The grants were announced in a news release Thursday by the National Fund for Sacred Places.

“All 10 are extraordinary places, with important architecture and consequential outreach,” said Bob Jaeger, President of Partners for Sacred Places. “Each project has been chosen because we believe they are poised for success and their projects will have a lasting impact on how these places serve their communities into the future. We look forward to working with each of them to preserve their buildings and make the most of them as assets for ministry and service.”

Now in its fourth year, the National Fund for Sacred Places is operated by Partners for Sacred Places in collaboration with the National Trust for Historic Preservation. This year’s group of participants includes a National Historic Landmark; the only Baptist church in Louisiana led by a female pastor; and churches designed by famed architects Stanford White and John Russell Pope.

“This year’s grant recipients are great examples of how congregations serve as centers of service, gathering and celebration,” said Paul Edmondson, President and CEO of the National Trust for Historic Preservation.  “The places protected through this grant program, from a Gothic Revival Church in South Carolina to a Buddhist temple in Hawaii, deserve to be protected and preserved for future generations.”

Since its launch in 2016, the National Fund has drawn greater attention to the challenges and opportunities America’s faith groups face as they engage in community outreach. Between 6,000 and 10,000 sacred places close each year in the United States, and with them, important community programming.

The National Fund began with nearly $14 million in grants from Lilly Endowment Inc. Since then, the National Fund has awarded planning grants, training and technical assistance to 54 congregations and organizations. To date, the program has awarded over $4.7 million in capital grants, ranging from $50,000 to $250,000, to community-serving congregations representing 17 faith traditions in 29 states and the District of Columbia.

Grants assistance provided by the National Fund has not only helped congregations to preserve their sacred spaces but has helped them leverage more than $9.5 million in new funding for major building campaigns in their congregations and communities.

In 2019 the program received more than $15 million in additional funding, to continue the program through 2024.

This year’s applicants had to demonstrate the significance of their buildings’ religious architecture. The projects selected represent outstanding examples of Neoclassical, Gothic Revival, Spanish Colonial Revival, and Romanesque building styles. Applicants also had to identify a compelling restoration plan and outlined a capital campaign that detailed internal fundraising goals and strategies.

The National Fund awardees for the 2019-20 program year are:

Partners for Sacred Places helps congregations and others with a stake in older religious properties make the most of them as civic assets in ways that benefit people of all faiths and of no faith. Learn more here.