LOUISVILLE — On Friday Tucson Borderlands Young Adult Volunteers joined with members of a partner organization, Tucson Mennonite Voluntary Service, to hold a streetside vigil demanding the removal of Title 42, the federal policy that has expelled more than 1.2 million asylum seekers since the beginning of the pandemic.

Watch the #SaveAsylum vigil, held in Tucson in partnership with the Save Asylum coalition, here.

“As volunteers, we are new to the Tucson area, and we have begun to learn about the issues at the border,” said Sam LeBlanc, a member of the Tucson Borderlands YAVs along with Andy King and Mitchell Borgstadt. “Although we are still studying these issues, we hope our perspective can highlight the injustices we have already seen and inspire you to get involved.”

King and LeBlanc read testimony from asylum seekers who were given pseudonyms to protect their privacy. One such asylum seeker, given the name Suyapa, said she was currently with her son in Nogales, Sonora, Mexico, unable to cross into the United States after fleeing Honduras.

“I attempted to report one of the abuses I suffered to the [Honduran] police,” Suyapa said. “My abuser was put in prison, but after a time was released and began threatening us again, saying he’d kill me and my children because I’d reported him.”

“Upon leaving my country, I entered Guatemala, where I found a lot of extortion from the Guatemalan police. Every patrol detained us and demanded money, and if we didn’t give them money, they threatened to return us to our country if we didn’t pay what they demanded of us. But thank God in Jesus, we were able to cross into Mexico …”

“And when we were about to arrive at our destination, Border Patrol picked us up. After that, we attempted crossing two more times, making a total of three times The first time, I asked for asylum from a Border Patrol agent. They told me no, that there was no asylum, that it was a waste of time …”

“To the Biden administration: I want you to take us seriously, especially us women. We have endured a lot of things on the way here: hunger, cold, drinking water from puddles, injured feet, knowing that our children also run the risk of abuse or illness …”

“We need that you stop removing people to Mexico under Title 42, that the migrants seeking asylum no longer need to wait in order to access their rights … The only thing that we want is a better life for our children, and to see how we can keep moving forward in safety.”

The YAVs joined with those assembled to read a litany, which included these words:

“We come from Illinois, Missouri, Virginia, and Manitoba, Canada. When we arrived in these borderlands, we were welcomed, celebrated and made to feel at home. We see our siblings in transit, forced to wait for months and years on the south side of the U.S. border, human beings who deserve to be celebrated and safe. But our government rejects them …”

“We recognize the ways that our whiteness makes us complicit in upholding this system; we repent our complicity and commit to working for liberation …”

“We feel responsible to name the inhumanity of our racist immigration system and to live into our call, as followers of Christ, to act and speak for justice …”

The YAVs led a prayer calling “for change, for governments with just immigration policies, and a society that welcomes the newcomer” and that “peaceful solutions may be found to the conflict, injustice and violence that forces people to flee.”

In a call to action, King said Title 42 “and its restrictive border crossing is forcing us to be separate, causing multi-generational trauma in the process. The explanation we are given for upholding this policy is to protect Americans from the spread of COVID, but this does not excuse the use of racism at the border … We are asking for your support in dismantling Title 42 as well as pressuring the current administration to uphold human rights and dignity as was promised when they took office.”

“We care about this issue because as volunteers, we were given the opportunity to travel to a new place in search of growth for ourselves. We believe everyone should have the right to search for a better life, especially when their life is under threat … We who benefit from this system hope to be a part of the solution … Please tell President Biden to end Title 42.” 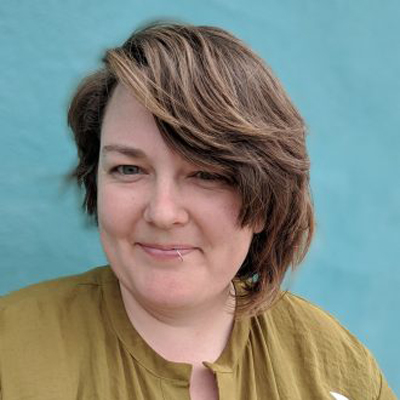 “Title 42 is used to turn back and expel asylum seekers without ever having seen a judge or having their case for asylum considered,” said Alison Wood, site coordinator for the Tucson Borderlands Young Adult Volunteer Program. “The fact that this policy has primarily been used to shut down our southern border to asylum seekers is racism in action. Even as land borders are reopening in November to foreign citizens with COVID vaccines, the Biden administration says that asylum seekers will still not be permitted to claim their legal rights.”

“The Biden administration says that Title 42 protects public health against COVID-19,” Wood said, “but public health officials disagree. Title 42 is unnecessary and cruel, keeping people who are seeking safety trapped in limbo. It is an illegal, inhumane policy that Biden can and must end.”