His award-winning book analyzes a biblical creed that stresses solidarity 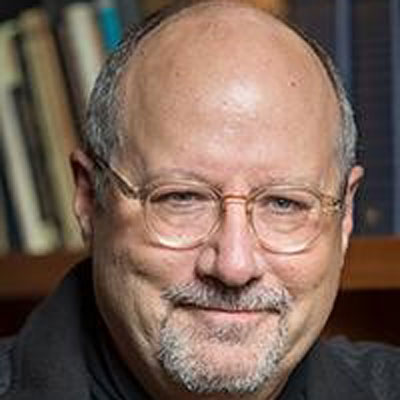 LOUISVILLE — A religious scholar who explained how one of Christianity’s earliest creeds still applies to contemporary life has earned the 2020 Louisville Grawemeyer Award in Religion.

Stephen J. Patterson, a professor of religious and ethical studies at Willamette University in Salem, Oregon, won the award for ideas he set forth in “The Forgotten Creed: Christianity’s Original Struggle against Bigotry, Racism and Sexism.” Oxford University Press published the book in 2018.

Christ’s first followers were dealing with race, class and gender issues, slavery and conflicts between Greeks and Jews in an environment not too far removed from the one we live in today, he says.

“History reminds us again and again that it has always been easier to believe in miracles, in virgin births and atoning deaths, in resurrected bodies and heavenly journeys home,” Patterson says, “than something so simple and basic as human solidarity.”

Patterson has written nine books and more than 75 articles related to the origins of Christianity. He also lectures on the hidden histories of early Christianity and has appeared in several documentaries.

“Patterson’s well-written book proposes a fascinating way to think about those earliest followers of Jesus and their radical notions of human solidarity,” said Tyler Mayfield, faculty director of the Grawemeyer Award in Religion and the A.B. Rhodes Professor of Old Testament at Louisville Seminary.

The University of Louisville and Louisville Presbyterian Theological Seminary jointly give the religion prize.

Recipients of the 2020 Grawemeyer Award are being named this week pending final approval by university and seminary trustees. The annual, $100,000 prizes reward outstanding ideas in music, world order, psychology, education and religion. Winners will visit Louisville in April to accept their awards and give free talks on the winning ideas.

Founded in 1853, Louisville Seminary offers an inclusive and diverse learning community, welcoming students from wide ecumenical backgrounds while maintaining its long, historic commitment to the Presbyterian Church (U.S.A). Louisville Seminary is committed to building bridges across the world’s religious, racial and cultural divides. It is distinguished by its nationally-recognized marriage and family therapy and field education programs, the scholarship and church service among its faculty and a commitment to training women and men to participate in the continuing ministry of Jesus Christ. For more information, call 800-264-1839 or log onto www.lpts.edu.