#GivingTuesday – Join the PC(USA) in responding to a world in need! Give now!
Make A Donation Click Here >
Home › Social ethicist and scholar to lead Presbyterian Mission Agency’s Center for Repair of Historical Harms

LOUISVILLE — A minister, social ethicist and scholar has been chosen to lead a new endeavor by the Presbyterian Church (U.S.A.) to repair the damage done by structural racism and white supremacy within the church and around the globe.

The Rev. Anthony Jermaine Ross-Allam, the former associate pastor for Social Justice at Oak Grove Presbyterian Church in Bloomington, Minnesota, will serve as the first director of the Presbyterian Mission Agency’s Center for Repair of Historical Harms.

“I am overjoyed that the opening of the Center for Repair of Historical Harms is the PC(USA)’s announcement to itself, to God and to the world God loves and sustains that we are, in fact, in the business of being moved by God who moves mountains — especially mountains of settled public opinion and habit,” said Ross-Allam, a doctoral candidate in social ethics at Union Theological Seminary. It is “an honor to have the opportunity to roll up my sleeves and take up this sacred work with all of you.”

The center, which is under development, is the result of an 18-month strategic planning process by the PMA that stretched across the denomination and is part of the 2023-2024 Mission Work Plan approved by the 225th General Assembly last summer.

“The center exists so that the PC(USA) can have an organized way to go about the business of repairing the harm that the PC(USA) has done to Indigenous peoples and to Afro Americans and to other groups,” said Ross-Allam, a native of Willis, Texas, who will serve as deployed staff.  “One of the things that we hope is that by doing this work of repair that is specific to the relationships within the PC(USA), we will also be witnessing to people throughout the country and around the world that repair is an absolutely necessary thing to do but that it’s also right and that it’s very possible.” 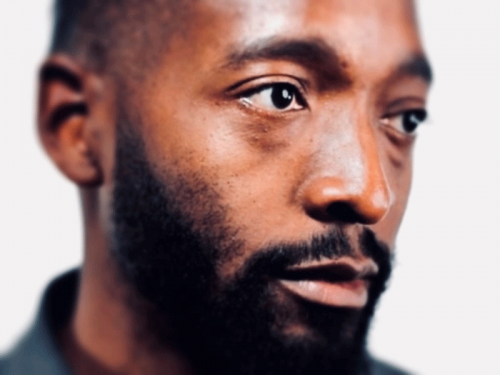 Ross-Allam, co-founder and former executive director of the 21st Century Academy, an after-school program in Minneapolis, comes to his new role with a passion for reparative ministry. He served as Oak Grove’s associate pastor for Social Justice during the period when police-involved shootings of people of color, such as Philando Castile, were causing white churches in the Twin Cities to reflect on topics around race, including their relationships with the Dakota and Ojibwe nations.

As part of his doctoral work, Ross-Allam studies the social ecology of extralegal violence against African Americans. He also is theology co-lead of Restorative Actions, a grassroots organization that includes former PC(USA) Co-Moderators the Rev. Gregory Bentley and Ruling Elder Elona Street-Stewart. Restorative Actions is a voluntary initiative for churches, individuals, mid councils, and agencies of the PC(USA) — as well as ecumenical partners and organizations — to take a leadership stance in opposition to racism and racial privilege. It involves setting aside funds for restorative actions for the self-development of harmed communities.

It is important for churches to acknowledge past harms for multiple reasons, said Ross-Allam, the former associate pastor of what’s now called Liberty Community Church in Minneapolis.

“The church has played a distinct role in creating a political, economic, religious and social environment that gives people permission to participate in creating transgenerational harms,” he said. “But it also has historically given people permission to wipe their hands of the damage that has been done to Indigenous communities and to Afro American families across generations, so the church must acknowledge those things so that the church can realize its own complicity in creating those problems and excusing people from walking away from those problems. But, I think, most importantly, the church has to acknowledge all of those things, so that it can discover, through research and through prayer and through critical conversation, what role the church is perfectly placed in to begin to lead the culture into believing that repair is necessary and right and possible.”

The Center for Repair of Historical Harms will use a variety of approaches to facilitate dialogue, in virtual spaces as well as in person. Ross-Allam envisions “a wide range of webinars, group discussions, book discussions and absolutely anything that helps people notice that we’re here and we’re here to repair, but that we’re also here to listen and to receive knowledge and wisdom from a variety of groups and a diverse group of people to hear, ‘What does repair look like for you? What does repair look like for your community?’” 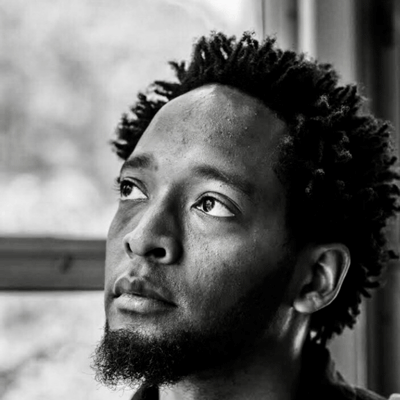 Ross-Allam, 44, acknowledged that discussions around this subject matter, including historical harms and reparations, isn’t always easy and inevitably will generate some discomfort. But the center wants to work with people who are interested in collaboration and finding solutions.

“Our work is not to try to find a way to make people feel guilty, so that out of their guilt and shame, they will engage, all of a sudden, in some feverish activity,” he said, “because what we understand is that there is a kind of cycle of outrage that takes place in the United States.”

The center will operate in calm spaces, “where we say, ‘You know what? This cycle at some point has to end,’ and I think that cycle ends when people say, ‘It doesn’t matter if I’m personally guilty or not, but my personal honor and my love for God and my love for humanity will not allow me to see others suffer from legacies that actually prop me up and give me a platform, so that my hard work amounts to something while others are always working at a deficit,” he said, “and so we hope to engage people on that level of their love for humanity and their personal honor, where they can see a need and see a possibility and jump into a position of collaboration and camaraderie with other human beings.”