Tools for healing include penance, forgiveness and hope 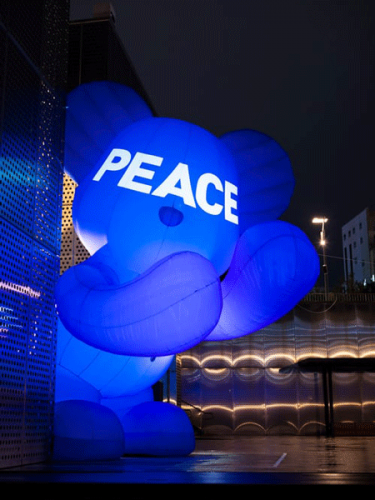 “Bearbrick” is a character at the Asia Culture Center in the Republic of Korea. (photo via Unsplash)

LOUISVILLE — Do you know when the Korean War has concluded?

I am sure that there is no single person who answers correctly to this question because it has never ended.

The Korean War broke out 71 years ago this June. The three-year war left about 3 million Koreans from both the South and North dead. 150,000 U.S. soldiers, 950,000 Chinese soldiers, and 17,000 Unified Command soldiers were dead and missing. More than 10 million Koreans from North and South were separated from their families. This was a historic catastrophe. The two separated Koreas have been divided into two nations and aimed deadly weapons towards one another. Countless separated families have suffered for a long time.

On June 25, 2021 (Seoul Time), remembering the 71st anniversary of the Korean War, 60 church representatives from the National Council of Churches in Korea (NCCK) and the National Council of the Churches of Christ in the USA (NCCCUSA), including representatives of the Presbyterian Peace Network for Korea, gathered online to hold the 7th Korea-U.S. Church Consultation under the theme, “Reclaiming hope towards reconciliation and unity.” In the opening worship in memory of the Massacre at Nogun-ri, all participants confessed that neither reunification nor peace could be achieved through violence, and that the “Han” (accumulated deep feeling of suffering through experience of injustice) caused by the war only could be healed by penance, forgiveness, and the hope of peace, as Jesus taught.

The consultation made agreements as follows. We urge both the U.S. and South Korea governments to declare an end to the Korean War and open negotiations to conclude a peace treaty. The delayed declaration of an end of the war has made people in both South Korea (The Republic of Korea, ROK) and North Korea (Democratic People’s Republic of Korea, DPRK) live in fear of another war for about 70 years. We also urge both governments to begin the process of mutual disarmament toward restoring trust and to lift the sanctions on the DPRK and resume humanitarian exchanges and cooperation. It is also important to stop attempting to make a new version of “cold war” by including South Korea in the Quad Alliance system. This will increase unnecessary tension in northeast Asia. 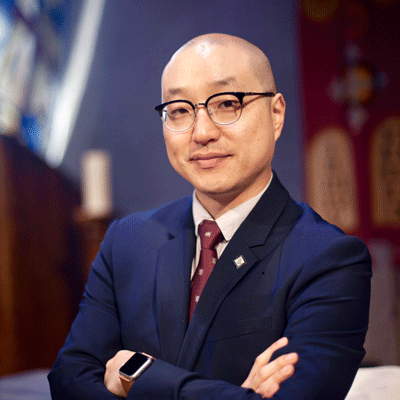 Peace does not come easily. However, we recall a well-known verse in Ephesians 2:16: “and in one body to reconcile both of them to God through the cross, by which he put to death their hostility.” The Presbyterian Church (U.S.A) observed the Season of Prayer and Reflection in the Korean Peninsula from June 25 through Aug. 15, with Aug. 12 designated a Day of Prayer for the Peaceful Reunification of the Korean Peninsula. God will work through our diligent action and prayer for peace.

The Rev. Dongwoo Lee is co-convener of Presbyterian Peace Network for Korea.