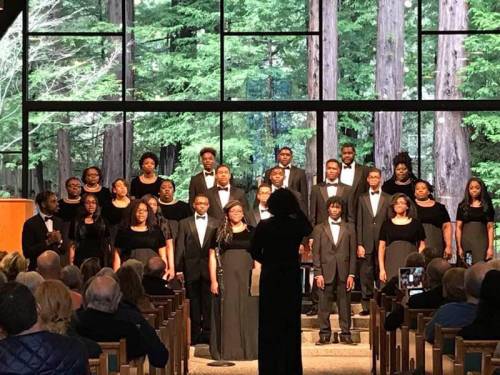 The Stillman College Choir, under the direction of Jocqueline K. Richardson, will present an online concert to donors to the Presbyterian Giving Catalog and others at 7 p.m. Eastern Time on July 21. (Photo courtesy of Stillman College)

As Stillman and other institutions of higher education gradually and enthusiastically emerge from the grip of COVID-19, Richardson is filled with hope at the sight of those two words, “coming soon,” especially as they apply to the Stillman College Choir, which she has directed since 2014.

“Following a year of meeting and recording via Zoom, I am most looking forward to the personal, in-person connection we share as choir director and choir,” said the seasoned professional, who has distinguished herself as one of the most notable choral directors in the Southeast. “I am looking forward to the energy from the students and from the audience. Live performances become meaningful moments of sharing together and bonding together.”

In fact, the choir’s live performances at college functions, local and regional churches, and special events across the country and the denomination are at the heart of its calling as ambassadors of the college. Richardson is pleased to continue that proud legacy by having the choir perform on Wednesday, July 21, as part of the Presbyterian Giving Catalog’s “Summer of Song” concert series.

Designed as a way of thanking its faithful supporters, the Presbyterian Giving Catalog will be holding a total of three unique virtual concerts this summer. The series seeks to bring together friends of the Giving Catalog, Presbyterians and others to joyfully experience their shared love of music, its deep connection to worship and praise and the feeling of togetherness that is engendered when people come together in song.

Now in its seventh year, the increasingly popular Giving Catalog — which is available both in print and online as well as for immediate download in Spanish and Korean — is filled with a wide variety of gifts that provide real and positive impact around the world, including aid for refugees, access to clean water and ways to end hunger.

The Giving Catalog’s summer concert series, which debuted on June 21 with a performance by Elizabeth Stockton Perkins, continues with the Stillman Choir performing at 7 p.m. EDT on Wednesday, July 21. The final concert of the season will be held on Saturday, August 21, also at 7 p.m. EDT.

Each concert will be available live to Giving Catalog donors and to groups who plan to hold viewing parties. Congregations interested in scheduling a watch party are invited to email their mission specialist for details. Those who contribute to the Giving Catalog in June, July or August will automatically receive the links to view the concerts. Once a concert has premiered, it will then be available for donors and watch party groups to view online for the remainder of the summer. 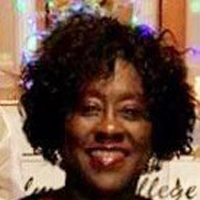 “If I could speak to each of our donors personally, I would say, ‘Thank you so much,’” said Richardson. “We are grateful for the support of those who give not only to the Giving Catalog but also to the PC(USA)’s Christmas Joy Offering, which benefits the college’s Christian mission to develop young people who can become what God has called them to be.”

Stillman College, situated on a 105-acre campus in Tuscaloosa, Ala., was founded in 1876 by a group of Presbyterians led by the Rev. Dr. Charles Allen Stillman, pastor of First Presbyterian Church of Tuscaloosa. Stillman submitted an overture to the General Assembly of the Presbyterian Church in the United States (PCUS), a predecessor denomination of the PC(USA), requesting the establishment of a training school for African American ministers.

Today, with its expanded mandate and mission, the college is “committed to fostering academic excellence, to providing opportunities for diverse populations, and to maintaining a strong tradition of preparing students for leadership and service by fostering experiential learning and community engagement designed to equip and empower Stillman’s students and its constituents.”

The nationally renowned Stillman College Choir, under Richardson’s inspired direction, is a choral ensemble of students, both music and non-music majors. On July 21, they will be performing a variety of sacred and secular music, including Spirituals arranged by Moses Hogan and the classic Tom Fettke anthem, “The Majesty and Glory of Your Name.”

Richardson said that while the past year has been very challenging both for her and the choir, it has also had its rewards.

“I had to learn new technologies as we met and recorded via Zoom,” she said, “but everyone rose to the occasion. As the students learned to record their singing online, I similarly learned to give lessons online. I also allowed some time for fun and fellowship online to keep everyone’s morale up as much as possible.”

It came as no surprise to Lauren W. Rogers, project manager for Digital Fundraising for Special Offerings and the Presbyterian Giving Catalog, that an experienced choir director such as Richardson was able to pivot so quickly during the pandemic. Richardson, whose career spans over 35 years, also serves as the minister of music at Bethel Baptist Church in Tuscaloosa. She is the recipient of numerous awards and accolades, including Who’s Who Among America’s Teachers, the NAACP Image Award and Southern Christian Leadership Conference Outstanding Educator Award.

“We’re so excited to present the Stillman College Choir in concert as a ‘thank you’ to our faithful donors,” said Rogers. “It’s also an opportunity for people to come back together — after being apart for so long — around our shared appreciation of music and of the mission of the PC(USA).”

It’s an appreciation that Richardson shares.

“Stillman’s Presbyterian affiliation means that I am part of an institution that values and proclaims the message of God’s love through Jesus Christ,” she said. “The message is shared in word and deed, through concern, encouragement, support, love and, of course, the beauty and the power of song.”