We worship best when worship is participatory, according to Routley Lecturer Tom Trenney

Photo by Susana Fernández via Unsplash

LOUISVILLE — For a minister of music who’s also a choral music and conducting professor, Tom Trenney is a born storyteller.

On Thursday during the fourth of his five Routley Lectures delivered to the Presbyterian Association of Musicians’ Worship and Music Conference, Trenney told this story about a man he’s long admired, the Presbyterian pastor and children’s television pioneer Fred Rogers.

Even before he was Mister Rogers, Fred Rogers was a student at Pittsburgh Theological Seminary. On Sundays, preaching students were sent out to Pittsburgh area churches to hear different preaching styles. Rogers was excited because one of the great Christian orators of the day would be preaching at the church he was visiting.

Sadly, a supply preacher substituted in the pulpit that Sunday. Throughout the sermon, Rogers was taking mental notes about everything the preacher was doing differently than he was being taught. After the service, he turned to a fellow student to lash into this preacher’s hermeneutical efforts — only to see she had tears in her eyes. “He said exactly what I needed to hear,” the woman told Rogers.

“A worship service is not there to serve us,” Trenney concluded, “but for us to serve, to honor and glorify God. Our neighbor may need something different than we do.” 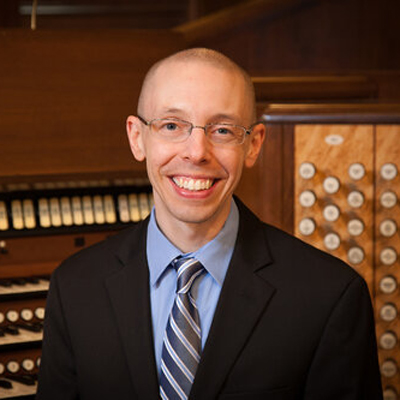 Trenney is minister of music at First-Plymouth Church in Lincoln, Nebraska, and an assistant professor of music at Nebraska Wesleyan University. He said that as the nation begins emerging from the pandemic, church-goers “keep singing in communities of faith when the rest of the world has abandoned communal singing.” People used to sing together much more than they do now, he said — at service club meetings, around a campfire and at family reunions.

“The church continues to be the place where we sing together,” Trenney said. In part that’s because the hymns found in any hymnal “are designed to be sung in community. They aren’t Barbra Streisand songs.”

Sadly, “worship has become in my lifetime less participatory. We feature people with particular talents,” including soloists and instrumentalists. “We should have choirs and soloists who enliven and inspire the voice of the community, not to celebrate the gifts of people on stage or in the chancel.”

“We can sing any kind of music,” Trenney said, “as long as it’s designed to allow people’s voices to be heard.”

Once during the pandemic as part of an online choir practice, Trenney invited each member to unmute and sing their favorite hymn — all at once.

“It sounded God-awful,” Trenney said with a laugh. “But you should have seen the looks on people’s faces as they sang the hymn that meant something to them.”

Then, of course, Trenney invited everyone in the room and the 13 or so people participating via Zoom to try the same experiment. It was indeed a cacophony.

“There are some expressions I wouldn’t say in my own words that I would use in music,” Trenney said. “I feel comfortable singing into them. God can hold it all together.”

Trenney dropped some pandemic statistics into his lecture, too. He said during the first two weeks First-Plymouth church-goers were forced to worship online — March 15-30, 2020 — the church’s YouTube channel attracted 1,500 new subscribers. “People who weren’t able to participate in communal singing needed to hear and feel what it was like when communities sang,” Trenney said.

By the end of 2020, 184,000 hours had been spent listening to hymns from First-Plymouth. “The work you do is essential,” Trenney told the choir directors in the audience. “People need it in difficult moments, and you found a way to be there for them.”

By the end of the pandemic, “I was getting super tired of making movies,” Trenney said. “But you know what? It’s not about me. People needed to feel like they still belonged. God makes community — we don’t.”

Trenney said he’s always amazed that choir members can arrive for rehearsal feeling tired, then “work hard for two hours and they leave feeling better. We let them give themselves to something else, and what emerges is stronger than what came in.”

Then Trenney shared one of his favorite church signs, placed in the Narthex and visible to church-goers as they leave worship. The sign says, “Servants’ Entrance.”

“Go. See. Be. Do. Love,” Trenney said to close his fourth lecture. “Blessings. Thank you.”