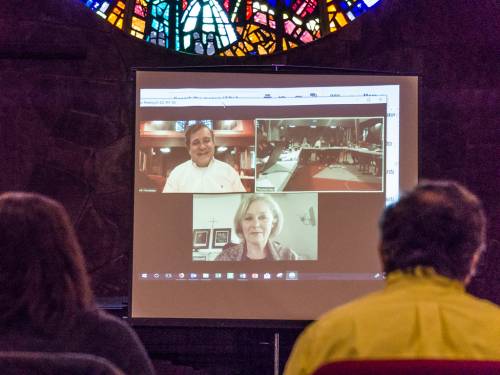 While the group examined the preamble and justification sections of their report at length during the afternoon, no new topics were introduced beyond the scope of what was discussed during their first day of meetings, though several refinements to previous recommendations came forward for consideration.

Clarifying the recommendation regarding translation services, commissioner Eliana Maxim made clear the suggested department would reside in the shared services area of the newly composed A Corp.

“We need to put our money where our mouth is,” said Maxim of the importance of providing a unified translation service for the denomination. “Are we serious about inclusion?”

“We need to think about not where we are now, but where we want to be in the future,” added commissioner Adan Mairena, looking to immigrant communities other than those who speak Spanish or Korean.

“This denomination is missing out on some wonderful leadership because they can’t participate, primarily because they’ve only been given materials deemed by others to be important,” said Maxim. “Right now, we don’t even do a good job of translating Spanish and Korean.”

Issues of financing an expanded translation service were raised, in addition to concerns over who will decide what to translate and what types of documents must necessarily be translated in the effort to get buy-in from the six agencies of the PC(USA) to utilize this shared service. 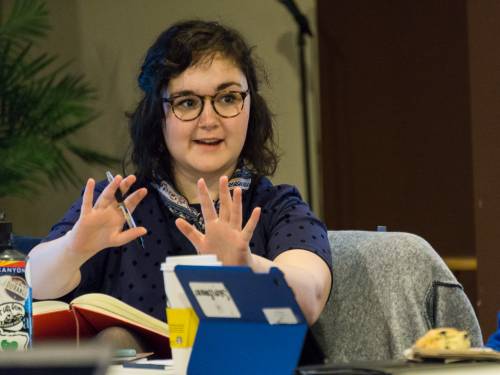 Role of the Stated Clerk

Commissioner Samuel Bonner again raised the question regarding the effectiveness of many PC(USA) agencies and departments issuing statements on theological, social or political issues, adding that the centralization of these statements isn’t intended to create a “king, or a pope, or a bishop.”

At the same time, commissioners recognized potential problems with multiple channels — including the Office of Public Witness and the Presbyterian Ministry at the United Nations — also issuing statements that are seen as being from the denomination.

Discussion of a newly composed corporate entity (A Corp) for the denomination led to further talk of how this entity — no longer comprised solely of PMA board members — will free the PMA to focus its attention on mission.

“The PMA redefined as the articulation of what we believe, the tangible ways we witness to the Gospel,” read the opening statement of the proposed recommendation.

The commission is prepared to initiate a conversation with the PMA Executive Director search committee “to ensure that the search committee takes into account the vision of the Way Forward Commission functions and proposed structure of the denomination.”

A proposal for a Workgroup on Financial Sustainability was offered in reference to a Presbytery of Newton per-capita overture as a way to have the denomination focus on the question of how to fund the activities of the PC(USA) into the future. Additionally, a proposal was offered to create a mid council support team to examine the challenges of national ministries intended to support presbyteries and synods of the PC(USA) over the next two years.

Details of an Implementation and Accountability group — a possible “Way Forward 2” — was discussed in an effort to ensure General Assembly actions are completed. Areas for this group’s consideration may include:

As part of the discussion on institutional culture, staff advisor Rosemary Mitchell, director of Mission Engagement and Support at the Presbyterian Mission Agency, asked whether or not key positions in PC(USA) agencies should be filled only by members of the PC(USA). 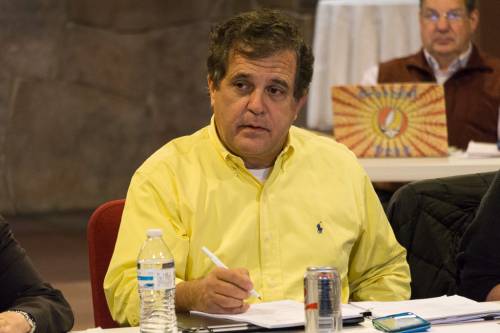 In response, Hostetter said there should be a clear understanding by all employees that “we are a church doing certain things in the world, and all of the functions are in support of the goals as opposed to it being just another division of Apple or IBM.”

“You have to have a certain amount of knowledge about our connectional nature and the Reformed tradition to know where we’re going,” said Mitchell. “I have a job to do, and the learning curve can be steep and take a while for someone who doesn’t know about our systems or tradition.”

“Our concern is not so much about hiring practices, but the importance of shaping institutional identity,” said Lindner.

Prior to a lunch break, a video conference call with Deborah Block, moderator of the All Agency Review committee, was held to review details from yesterday’s meeting of the Way Forward Commission.

Block mentioned the need to develop training resources to introduce General Assembly 223 (2018) commissioners to the work of the Way Forward Commission and All Agency Review committee.

She said there is “confusion around the term ‘mission directive’” as it is used across the agencies of the PC(USA). While it has a specific definition in the Presbyterian Mission Agency, as a series of goals for the agency, Block said, “For those who come after us, we need to put some definition around this term.

The recommendation from the workgroup considering equity and inclusion read:

“We recommend that a Diverse Voices Table group made up of both PMA and OGA staff equally be convened to meet regularly to review and update the work of denominational inclusion. This group will consult with caucuses and networks per the existing agreements, including yearly consultations.”

Expressing frustration at the lack of progress in increasing diverse leadership in the denomination, Mairena asked that clear actions be defined and for better monitoring and reporting of the results of any work on equity and inclusion.

“You keep telling us [the church] is richer for its diversity,” added Maxim. “But the changes needed haven’t happened.”

Several additions were made to the proposed recommendations on how better to engage and enhance relations with Presbyterian synods and presbyteries, including directing the Office of the General Assembly to “redefine the position of Director of Mid Council Ministries, expand the portfolio to include supervising the managers of mid council relations, constitutional services and the calling process, etc.”

Another recommendation requests the General Assembly “authorize the formation of a Task Force-Pilot Program: believing that Mid Councils are naturally resourceful, creative and whole, yet sometimes need help to thrive.”

The mid council relations working group will meet tomorrow to continue its discussion while the remainder of the commission concluded its work with this afternoon’s plenary session.

The Way Forward Commission added to its list of meetings a potential conference call Feb. 13 from 5–8 pm. The call will be held if more time is needed to complete the writing process for the group’s report.