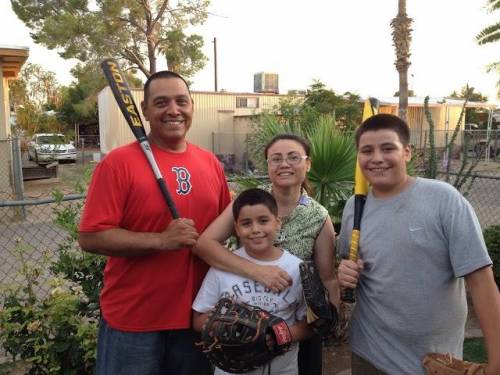 LOUISVILLE – As immigration rights activists prepare for what is next in a post-election atmosphere of anti-immigrant sentiment, those that previously offered sanctuary to deportees aren’t waiting for the new administration to be installed. Pre-election promises of mass deportations by President-elect Donald Trump and a wave of race-based crimes since the election have activated faith groups and communities promising to provide sanctuary to immigrants.

A first step in this effort was made today during a webinar hosted by the Presbyterian Church (U.S.A.) Synod of the Northeast, the National Sanctuary Movement and Presbyterian Peace Fellowship titled: How to Become a Sanctuary Community.

Moderated by Emily Brewer of the Presbyterian Peace Fellowship and AmyBeth Willis, organizer of the National Sanctuary Movement in Tucson, Arizona, the 80 minute conversation spanned topics including the history and Presbyterian leadership in the movement, legal issues for churches, and ways churches and other groups can provide support to the sanctuary movement.

Fife’s name is legendary within the sanctuary movement. In the 1980s he was at the forefront of efforts to protect deportees from being returned to El Salvador and Guatemala where they would have faced certain death as political enemies. In 1986, Fife was convicted of violating federal immigration law and served five years probation.

Harrison continues Fife’s legacy at Southside, leading the congregation as it reignited the sanctuary movement, providing sanctuary to Daniel Ruiz in early 2014 and to Rosa Robles Loreto for 461 days in 2014-15. Rigby’s congregation provided sanctuary for eight months earlier this year to Hilda Ramirez and her son prior to Immigration and Customs Enforcement officials granting her a one-year reprieve in October.

Citing biblical precedent for the practice of sanctuary (Deuteronomy 10:19, Mark 12:31, Matthew 25:35, and others), Fife said, “The basic ways in which cultures and societies protected victims who were fleeing for their lives was to designate sacred sites as a place for sanctuary. With the rise of nation-states that responsibility got transferred to the nation-state in the function of asylum… The need for [religious based] sanctuary arises because nation-states have failed in their responsibility to provide asylum.”

The current call for churches to prepare to offer sanctuary, said Fife, is based on mass migration worldwide and a belief that “Churches and faith communities through Europe, and globally, now understand that in their context the nation-state has failed, or we anticipate that the nation-state is going to fail.”

“We have a stake in this too,” she said of churches’ efforts that resulted in 16 cases won since May 2014. “We need to figure out what kind of society we want to live in. Do we want to live in a society where people are constantly being separated from their families, and their communities, or honoring these people who are created in the image of God?”

“We still need congregations to be discerning if they will open walls of their church to those under threat of deportation or prosecution,” said Harrington of the current political climate. “We also have to expand those notions of sanctuary… We need to work alongside those who are most affected by the immoral policies and practices that are going to be emerging.”

Saying “infrastructures of protection” go beyond churches being willing to open their doors, Harrington urged faith communities to cooperate with and learn from organizations, already working with immigrant population, that provide know-your-rights training, legal support, parental rights information and other efforts to protect immigrant populations.

Rigby agreed, saying during the question and answer segment of the webinar, “Making connections to immigrant communities and local groups allied with the focus of the sanctuary movement,” is an important part of being a sanctuary-providing congregation.

Fife encouraged congregations to engage in discernment, considering personal legal implications of congregants such as security clearances and government employment status, should sanctuary be offered. He also expressed thanks for the support of the PC(USA) over the past 35 years, saying, “I was the envy of all my colleagues from different denominations during the 1980s because I was a Presbyterian. The Presbyterian Church has a whole history of policies [and] support for congregations that do sanctuary.”

“It’s important to point out that we as people of faith have a unique call to be leaders in this movement,” said Willis. “In some ways, I’m glad that this election has awakened so many people to the crisis that we’re seeing with immigration that’s been going on, and will continue and may get worse.”

The Synod of the Northeast has scheduled a face-to-face meeting for congregations and leaders wanting to learn more about offering sanctuary. The event will be held February 10-11, 2017 at the Stony Point Center in New York.