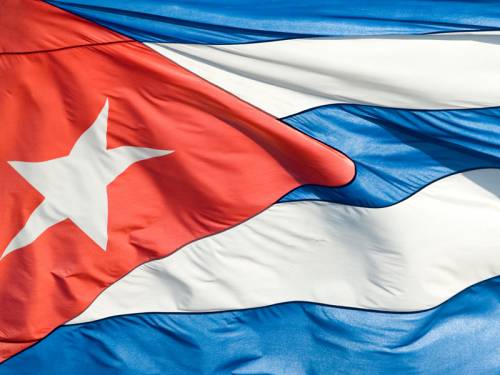 (Photo by Jon Buttle-Smith via Unsplash)

LEXINGTON, Kentucky — Prior to the U.S. State Department returning Cuba to the list of state sponsors of terrorism, the Presbyterian Church (U.S.A.) Office of Public Witness joined 14 other churches and Christian organizations protesting the move due to its impact on the Cuban people.

“Designating Cuba as a state sponsor of terrorism would be not only misguided, but cruel,” a Jan. 7 letter to Secretary of State Mike Pompeo and also sent to President-elect Joe Biden reads. “While it would not tighten existing sanctions on U.S. businesses in trading with Cuba, it would harm the Cuban people, including the families, communities, and congregations that are our partners.”

Co-signers on the letter include Church World Service, the Episcopal Church, the Evangelical Lutheran Church in America, the National Council of Churches of Christ in the USA, the United Church of Christ Justice and Witness Ministries and the United Methodist Church General Board of Church and Society.

The State Department announced Monday that it is returning Cuba to the list of state sponsors of terrorism “for repeatedly providing support for acts of international terrorism in granting safe harbor to terrorists.” The New York Times cited Pompeo’s reasoning as focusing on “Cuba’s hosting of 10 Colombian rebel leaders, along with a handful of American fugitives wanted for crimes committed in the 1970s, and Cuba’s support for the authoritarian leader of Venezuela, Nicolás Maduro.”

That reversed a 2015 decision by the administration of then-President Barack Obama to open diplomatic relations with Cuba. Since taking office in 2017, the administration of President Donald Trump has taken a more aggressive stance toward Cuba, culminating in Monday’s move, which the Times says will complicate Biden’s desire to return to more open relations.

“There is no justification for adding Cuba to this list,” the ecumenical letter says. “While the U.S. has policy disagreements with Cuba about a range of issues, these issues are unrelated to state sponsorship of terrorism.  Adding Cuba to the list of state sponsors of terrorism will be perceived internationally as a political gesture, which will undermine U.S. credibility on the terrorism issue.”

And the letter states the move will deepen economic pain resulting from U.S. travel restrictions, restrictions on money Cuban Americans can send to family in Cuba, the COVID-19 pandemic, U.S. restrictions on oil shipments to Cuba and internal economic challenges.

“As our partners in the Cuban churches — congregants, ministers, and their communities — are severely affected by these measures, we have called for their end,” the letter concludes. “The proposal to add Cuba to the state sponsors of terrorism list would only worsen this situation and hurt those already enduring economic pain.”