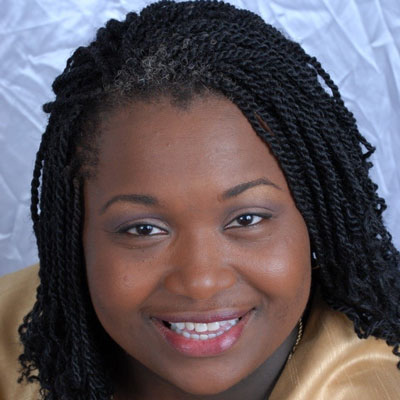 The racially motivated massacre garnered national attention and sent Armstrong, who was based at the nearby St. James Presbyterian Church, on an internal quest for how to respond to the community’s pain.

“I prayed to God asking, ‘What have you called me to do in this?’” said Armstrong, an associate pastor at St. James.  “It was truly overwhelming. Nothing in seminary had prepared me for this encounter. Nothing in seminary nor in clinical pastoral education would give me the answers needed to be a pastor in times of this type of crisis.”

This week’s segment, “One Step at a Time: The Trauma Recovery and Rebuilding Process in the Wake of Gun Violence, ”provided advice on how faith communities can walk alongside people affected by horrific events such as mass shootings.

Addressing a question from a viewer near the end of the segment, Armstrong urged pastors not to be silent when tragedies, such as the deaths of black people at the hands of police and white vigilantes, occur in this country.

“To let the media give voice to it, to let the social media do its display of it and for a pastor to not say a word at all about it does more damage than it does any good,” Armstrong said. “We need to acknowledge that these things are happening … and then to begin that process of finding scriptures that preach to action. What can I do?”

For example, “maybe you are an intervener that knows how to get into the basis of what’s happening and begin to work with people there, or maybe you’re the supporter who just merely walks the journey and pastor alongside. But you find a way to empower people with the gifts that they have and to encourage them that their gifts are valuable,” she said. 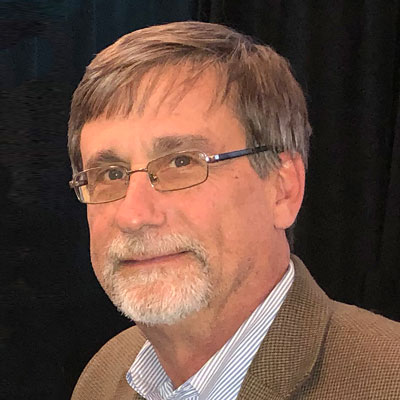 Her fellow speaker, the Rev. Bruce Wismer, co-author of “Recovering from Un-Natural Disasters,” described the various phases that people go through after mass shootings, noting that people often want to be helpful, whether it’s by hosting potlucks or buying teddy bears, before sliding into disillusionment or grief.

“As a faith leader, you just need to be aware that in the initial aftermath of the event, there’s going to be a lot of energy to do something and you kind of are going to have to manage your congregation, your community energy,” said Wismer, a co-pastor of Pine Shores Presbyterian Church in Sarasota, Fla., and a member of the National Response Team of Presbyterian Disaster Assistance (PDA).

The webinar also featured James Kirk and Kathy Riley, who are also with PDA, which responds to natural and human-caused disasters, such as the Columbine High School shooting of 1999. 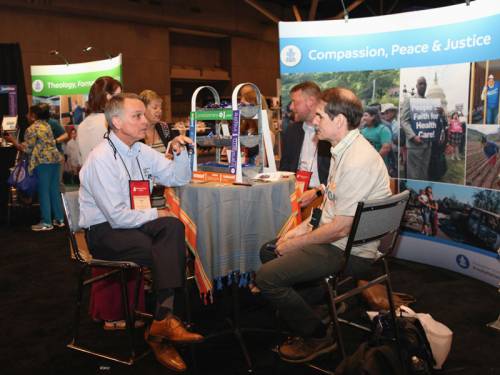 Wearing the red badge is the Rev. James Kirk, Associate for Disaster Response in the U.S. for Presbyterian Disaster Assistance. (Contributed photo)

“We have several different interventions that we can offer to a community,” said Kirk, PDA’s Associate for Disaster Response in the U.S. For instance, with Columbine, PDA was asked to bring “everything,” so “we brought print resources, we brought volunteers who went in and worked with local leaders — primarily faith leaders — and we brought in grants that were used locally to help with the response.”

Unnatural disasters, such as mass shootings, can be particularly impactful, Kirk said, because the violence is intentional, and people see it replayed over and over again during a 24-hour news cycle.

“We live in a world where disasters in general, and … human-caused disasters (in particular), are experienced firsthand by anybody who has a smart phone” or computer, Kirk said.

“The perception that people have is that no place is safe, that they need to be on guard everywhere, and the more people are living in a stressful body, the more trauma they’re going to experience and the more need there’ll be for pastors and people of faith to stand beside them and help,” he said.

Soon after the Mother Emanuel massacre, Armstrong discovered that multiple people with connections to her own church had known victims of the mass shooting and would need her help.

“God was calling me to be their pastor in the time of a crisis,” she explained.

She found herself leaning on the biblical story about a paralyzed man whose friends lowered him down through a hole in the roof of a building to get him close to Jesus. She imagined that each friend played a specific role in helping the sick man.

“My job was not to be the intervener who tackles the severe problem of systemic racism that sits at the root of many of the issues that paralyze the lives of black and brown bodies,” Armstrong said. “My job was not to be the strategist who develops and implements the solution for our judicial system that continually paralyze(s) our communities with a lack of justice. … My job was to be the full-fledge supporter — the encourager — the one who would hold the tissue when the times got rough for those who were in the fight.”