Stated Clerk calls for Presbyterians to pray, lament and act 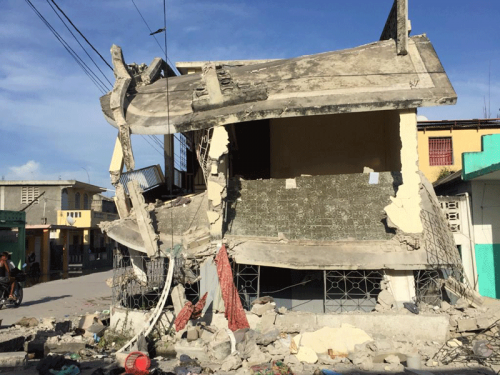 An image of the damage from Haiti’s Aug. 14 earthquake. (Photo by Tijo Conseillant)

LOUISVILLE — A cascading series of events has refocused conversation on what many considered as flawed U.S. policies in Haiti.

Last week, the world watched in horror as migrants were rounded up in Texas by U.S. border agents on horseback who swung their reins on Haitians attempting to seek asylum. So horrific in fact, that the U.S. special envoy to Haiti, Daniel Foote, resigned his post.

From Foote’s letter to U.S. Secretary of State Antony J. Blinken on Sept. 24:

“With deep disappointment and apologies to those seeking crucial changes, I resign from my position as Special Envoy for Haiti, effective immediately. I will not be associated with the inhumane, counterproductive decision to support thousands of Haitian refugees and illegal immigrants to Haiti, a country where American officials are confined to secure compounds because of the danger posed by the armed gangs in control of daily life. Our approach continues to be deeply flawed, and my recommendations have been ignored and dismissed when not edited to project a narrative different from my own.”

In a conversation last week with mission co-worker Cindy Corell, who has lived in Haiti for more than eight years but is now sheltering in place in the U.S., and the Rev. Edwin González-Castillo, Presbyterian Disaster Assistance’s Associate for Disaster Response–Latin America and the Caribbean, Foote’s resignation has “lit a fire” under the U.S. government to scrutinize the long-existing failed policies.

“Many of the people who were rounded up and deported at the border were Haitians who had left the country long ago and traveled to South America to look for a better life,” said Corell. “They walked for two months to get to the U.S. border through dangerous conditions, only to be sent back to Haiti, a country where they hadn’t lived in years and where they no longer had any support system.”

In just nine days in late September, the U.S. expelled nearly 4,000 Haitian migrants, including hundreds of families with children, without any opportunity for them to seek asylum. They are being sent back to a country in crisis.

“For our partners, this situation adds additional worries and concerns to those working in responding to the multiple situations happening on the country,” said González-Castillo. “Many of the people that are being returned do not have a place to stay or resources. Some are returning to areas affected by the earthquake where families and communities are still in an emergency stage.”

The Biden administration carried out the deportations under Title 42, an emergency pandemic-era policy first enacted under former President Donald Trump. 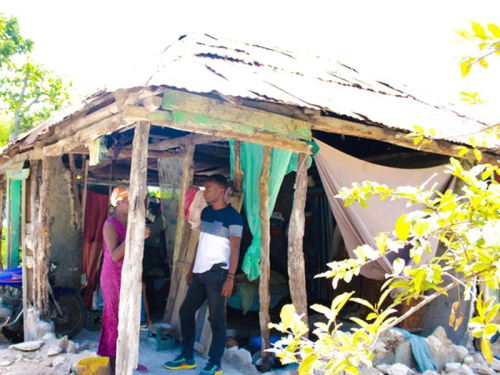 A photo of some of the damage from the August 2021 earthquake in Haiti. (Photo by David Guervil, Presbyterian Disaster Assistance)

This summer, Haiti suffered a magnitude 7.2 earthquake and tropical storm that killed more than 2,000 people, with many more missing or injured. The July assassination of President Jovenel Moïse, who had ruled by decree since 2020, helped increase violence and instability within Haiti.

UNICEF, the United Nations Children’s Fund, is concerned about the situation of Haitian families being expelled from the United States border to Haiti. According to UNICEF, initial estimates are that 2 in 3 migrants who have been returned to Port-au-Prince are women and children. Some of them are newborn babies with “specific and immediate needs.”

News accounts indicate Haiti is rampant with insecurity, gang violence and political turmoil. One in three Haitians doesn’t have access to food, according to World Food Program.

Critics of the deportations argue that Haiti is far too unstable to accept thousands more people, citing the U.S. decision to expand Temporary Protection Status to Haitian people after the August earthquake. Now many are asking if U.S. officials agreed that the conditions in Haiti warranted safe haven for Haitians then, how could the country be safe enough for those being sent back?

In a September 24 statement, Rev. Dr. J. Herbert Nelson, II, Stated Clerk of the General Assembly of the PC(USA), calls for the U.S. to “critically analyze our foreign policy” and urges the United States government to step back so that Haitians can self-determine their destiny. 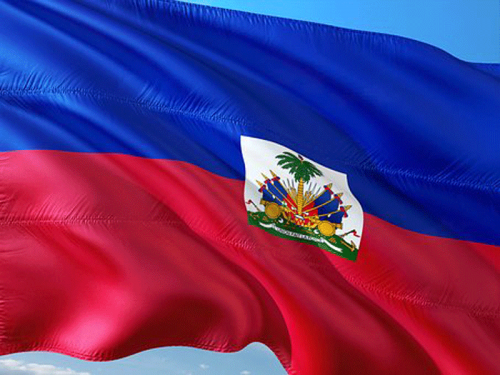 The flag of Haiti (Photo via Pixabay)

The Stated Clerk’s remarks reflect the resolution from the 217th General Assembly (2006) and affirmed in 2010 to provide welcome and relief for Haitian refugees, cease the practice of immediate deportation and adopt policies toward Haiti that provide assistance “without imposing conditions that are deleterious to Haiti’s economic health, self-governance and independence.”

In his resignation letter, Foote agreed that Haitians need the opportunity “to chart their own course, without international puppeteering and favored candidates but with genuine support for that course.”

In his statement, the Stated Clerk urges Presbyterians to pray, lament — and then act.