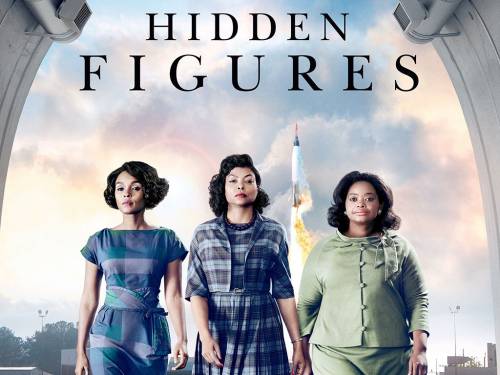 LOUISVILLE – “Hidden Figures”—the movie about a group of brilliant female African-American mathematicians that aided NASA during the space race—took the second spot at the box office in its first weekend of wide release, narrowly bested by “Star Wars: Rogue One.” The movie features the story of Katherine G. Johnson, a longtime Presbyterian and 2015 Presidential Medal of Freedom awardee.

Based on the non-fiction book of the same name by Margot Lee Shetterly, the film tells the true story of Johnson and her colleagues, Mary Jackson and Dorothy Vaughan, who worked as “human computers” with the burgeoning space program of the late 1950s and early 1960s. They were charged with collecting flight data and verifying that NASA’s newly introduced electronic computers had correctly calculated the details of space missions.

A member of Carver Memorial Presbyterian Church in Newport News, Virginia, for more than 50 years, Johnson served the church in several leadership roles including, not surprisingly given her gift with numbers, its finance chair.

The Rev. Dr. Brian Blount, former pastor at Carver Memorial and now Union Presbyterian Seminary’s president and professor of New Testament, called Johnson “a true space heroine, but one of the people you rarely hear about.” Blount spoke of Johnson’s humility, saying he had been the pastor at Carver Memorial for three years before he ever heard about her early work at NASA. 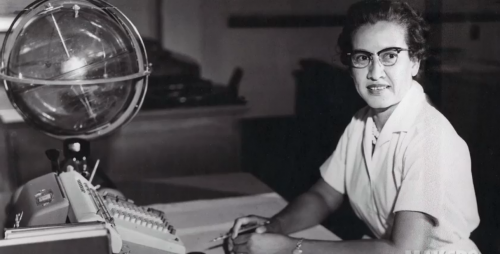 Katherine Johnson sits at her desk with a globe, or ‘Celestial Training Device.’ (Photo courtesy NASA)

“She’s been a wonderful Presbyterian, [and she] served in all kinds of capacities at the church when I was there,” added Blount.

A NASA mathematician and aerospace technologist from 1953–1986, Johnson’s computations have influenced every major space program from the Mercury launches through the space shuttle program. Johnson was initially hired as a research mathematician at the Langley Research Center with the National Advisory Committee for Aeronautics, the agency that preceded NASA, after they opened hiring to African Americans and women.

Johnson exhibited exceptional technical leadership and is known especially for her calculations of the 1961 trajectory for Alan Shepard’s flight as the first American in space and for her 1962 verification of the first flight calculation made by an electronic computer, in this case for fellow Presbyterian John Glenn, the first American to orbit the earth.

She is also famed for her trajectory calculations of the 1969 Apollo 11 mission, the first human voyage to the moon and on-the-fly computations that enabled the Apollo 13 astronauts to return safely home from space. In her later NASA career, Johnson worked on the Space Shuttle program and the Earth Resources Satellite and encouraged students to pursue careers in the science and technology fields.

In addition to the Presidential Medal of Freedom, Johnson co-authored more than 20 important scientific papers for NASA. On May 5, 2016, the 55th anniversary of Alan Shepard’s historic rocket launch and splash down, the new Katherine G. Johnson Computational Research Facility was formally dedicated at the NASA’s Langley Research Center in Hampton, Virginia.

Family members of Johnson, who is now 98, said she was not available to be interviewed by PNS.