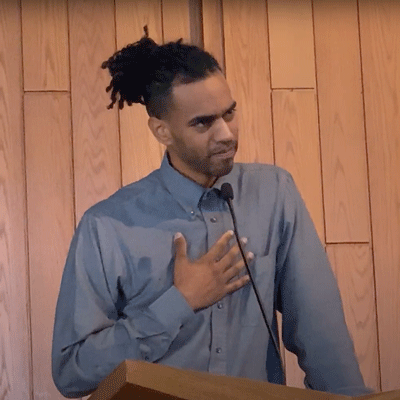 LOUISVILLE — On Tuesday in the Adult Bible Study at the Presbyterian Association of Musicians’ Music and Worship Conference, before looking at a key verse at the beginning of the Bible,  the Rev. Dr. Justin Reed spent a few moments reflecting on Matthew 25.

“The parables [of Jesus] have a message based on the idea that our interaction with each other is as if we are interacting with God,” he said. “God is there specifically with people who oppressed in all kinds of ways — in prison, sick, hungry, thirsty and naked.”

With that, Reed, assistant professor of Old Testament/Hebrew Bible at Louisville Presbyterian Theological Seminary, had a participant at the Montreat Conference Center read Genesis 1:27.

After describing this message about God as “beautiful,” Reed talked about some of the barriers in place that have stunted the ways this verse can be meaningful for all people.

Reed had people read passages in Scripture commanding slaves to be obedient to their masters (Ephesians 6:5, Colossians 3:22, I Timothy 6:1), of God ordering genocide through Moses  (Deuteronomy 20:16-17) and for women to be submissive and silent in church and not allowed to teach or have authority over men (I Corinthians 14:34-35, I Timothy 2:11-12).

“These passages in the Bible can be a real barrier to making the idea of the image of God impactful for all people,” he said.

Take the 1800s and before, when Christians in the United States practiced a race-based system of slavery up through the 19th century. Reed mentioned how religious scholar David M. Goldenberg, who studied the history of biblical interpretation relative to the enslavement of Black people, found that certain ways of reading the Bible were developed to justify racism.

“Instead of explaining why the world looked as it did as avarice, greed and justice, stories developed out of these biblical texts on why the image of God doesn’t include Black people,” Reed said.

For Reed, publications by authors like Charles Carroll left a legacy of exclusionary ways of thinking about Scripture. As Reed asked, “How can we go about affirming the image of God for people who have been excluded from being seen in that image?” he mentioned the issue of gender in Genesis 1:27. 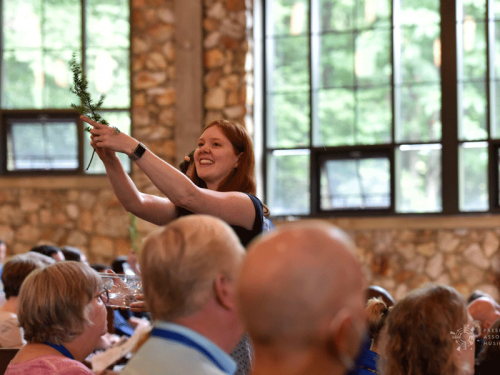 Even though the text specifically says male and female, in translations of this verse one finds only masculine pronouns for God, not feminine ones. Another problem with Genesis 1:27, he said, is our tendency to read it restrictively rather than expansively. If we read it as if male and female are the only two distinctive boxes that make up the image of God, Reed said we’re missing something.

Then he asked participants to read selected Scripture passages one more time.  As each person read from Genesis 1, “there was evening and morning, the first day,” and so on through the sixth day, Reed asked, “Did God somehow skip midnight? Was there no afternoon, or dawn or dusk?”

His point: It is possible but silly to read “evening and morning” as the only two distinct boxes. The same holds true, he said, if we read “male and female” as the beginning and end of the discussion of what exists.

“Basically, this takes two opposites as an expression, an idiom, to encompass something more than just the two opposites, but might be a whole spectrum of things,” he said.

“What can you do to affirm the image of God for those who are intersex or nonbinary?” he said, adding to his earlier question.

Encouraging participants to discuss these questions, Reed said he would be watching them during lunch to see if they were doing their assignment.

The second week of the PAM Worship & Music Conference continues at Montreat Conference Center. It is being attended by 620 people in person, with another 120 attending online.