Reformers once frowned on holiday celebrations 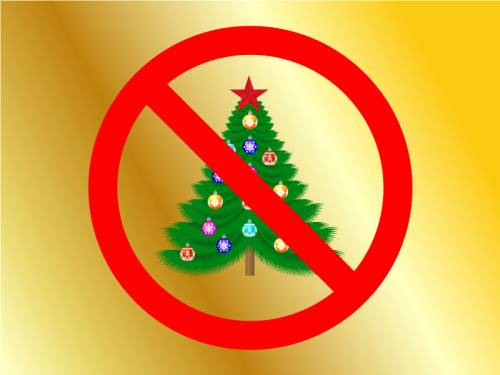 Christmas is a time of traditions, nostalgia and even a little contention. Who makes the best sugar cookies? Where will the family dinner be held? And in the church, how and when will the sanctuary greens get hung? It might surprise you to hear that there was a time when Presbyterians didn’t wrangle over hanging greens. In fact, they didn’t pay much heed to Christmas at all.

In “The Battle for Christmas,” author Stephen Nissenbaum unwraps the most notable holiday traditions, many fewer than two centuries old. Among his tales of how Nicholas of Myra, who took part in the Council of Nicaea and was sainted for his miracle working, even though rumor has it he once slapped a heretic in the face with his sandal, morphed into jolly Santa Claus, and how the modest 4-foot Christmas trees dating back to Martin Luther’s Germany began supersizing into the floor-to-ceiling Norwegian Spruces, is an interesting tidbit about how the argument of canceling Christmas is not a recent one.

Reformed leaders of the 17th and 18th centuries wanted Christmas very much gone. Along with their Puritan siblings, Presbyterians disapproved of Christmas observances. Puritans, as did Presbyterians, found no biblical evidence for the birth of Christ on Dec. 25. Strict Sabbatarians, they kept churches closed on Christmas unless it was Sunday.

For the Reformers, nativity worship services were too closely linked to Catholic feast and saint days, as well as with pagan holidays some of those days had replaced on the calendar. According to Dr. R. Scott Clark, a Reformed church historian and curator of Heidelblog.net, John Calvin even showed his disapproval of Christmas celebrations by stating, “When you elevate one day alone for the purpose of worshiping God, you have just turned it into an idol.’”

In New England, Christmas was often excluded from red-letter days of colonial almanacs, and from 1659 to 1681 the holiday was illegal throughout Massachusetts. Reformed congregations stayed closed on Christmas Day and encouraged businesses to remain open. Puritan minister Cotton Mather warned against a Christmas season “spent in reveling, dicing, carding, masking and in all licentious liberty.” Concealed identities, and costumes of the kind still popular in carnival celebrations around the world today, encouraged an unseemly disorder.

New England Congregationalist attitudes toward Christmas aligned with Presbyterian ones in the Middle Atlantic colonies, where Scots Irish immigrants lived in the largest numbers. A smaller Reformed presence generally meant more public celebrations. As the Presbyterian Heritage Foundation notes, Presbyterians in Philadelphia only began celebrating Christmas when they noticed members of their own congregations attending Anglican services. Still, views on not celebrating Christmas were not wavering. Cortlandt Van Rensselaer, a founder of the Presbyterian Historical Society, argued as late as 1842 that the term “Christmas” (Christ-mass) was historically “papist” (Catholic). A change in attitudes was happening, though.

Nissenbaum suggests that one of the reasons for the embracing of Christmas celebrations was due partly to the 19th-century’s transformation from an agricultural to industrial economy, which created a middle class that could afford more goods, including nonperishable items (toys!) for the home. Christmas celebrations went from community reveling to ones spent with friends and family, often inside the home. But has this led to the celebration being a time of idolizing our own comfort and wealth to the neglect of others? What about the people on the other side of a door?

Perhaps COVID-19, in reminding us of the importance of shared experiences, is helping us as Presbyterians to believe once again that when it comes to celebrating Christmas, it is about being more selfless in our giving and looking out for each other year-round in the way the Lord instructs.

As Nissenbaum writes, “Christmas always illuminates … what we are becoming despite ourselves.”

Fred Tangeman is a communications specialist who writes for the Presbyterian Historical Society and the Office of the General Assembly. He enjoys walking around the historic streets of Philadelphia with wife Kelly, and daughter, Meredith.