Commit to a prayerful — and extended — season 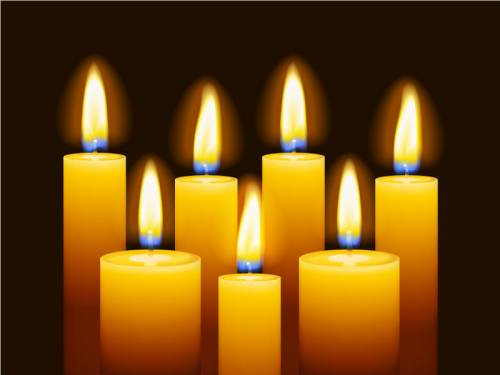 In the first year of our marriage, my wife and I created a nontraditional Advent wreath, forsaking the liturgical purple and pink candles for more muted earth tones. As our then-home of Los Angeles provided scant access to evergreens, we used river rock instead of festive boughs. We were delighted, and each year we have dutifully erected it at the start of the season, even as the design choices we once made now feel overwrought and dated.

We light the candles of our Advent wreath as part of a devotion at the start of Sunday evening meals. Though this has long been our practice, it was not until COVID-19 prevented an in-person gathering on Christmas Eve that we first lit the “Christ candle” at the wreath’s center. Prior to that, we were always away from home on Dec. 24. Truth be told, there have also been years in which other candles have gone unlit, as our noble intentions to genuinely observe Advent frequently fall victim to the cultural enticements to revel in early Christmas cheer.

Sandwiched between Thanksgiving and Christmas, this season of anticipation for God’s shalom often buckles under the saccharine-sweet sentimentalism of Hallmark movies and a culture of excess consumption that is especially pronounced during the holiday season. The impact on the Church’s faith can be extensive when Advent is overlooked.

For starters, since Advent marks the beginning of the liturgical year in Western Christianity, its role in shaping our perception of what is to follow is significant. During Advent we hear from ancient voices awaiting the coming of the Messiah. This emphasis on anticipation reminds us that our world has not arrived. God’s plan is still unfolding. It is to declare a message that brings comfort to the afflicted and affliction to the comfortable. It is also a time in which we need to critique our propensity for merrymaking as a means of denying the presence of pain.

Further, to short-circuit Advent by filling its days with Christmas glee is to risk undercutting the integrity of the latter as well. It is akin to eating too many sweets, where at a certain point they lose their flavor. As the days of Lent and then the observance of Maundy Thursday, Good Friday and Holy Saturday, known as the Triduum, make the proclamation of Christ’s resurrection at Easter all the more joyful, so too does a robust Advent aid us in appreciating the Christmas season more fully.

So how might we become better at observing Advent? The comparison of Advent to Lent is a helpful starting point. In earlier times, Advent, like Lent, was a 40-day period. Known alternatively as the Nativity Fast or Winter Lent, these 40 days carry with them the benefit of beginning in early November. As a personal discipline, one could begin a period of fasting and prayer on Nov. 16, which allows for a full 40 days of prayer and fasting until the Feast of the Nativity.

On the congregational level, in recent years several faith communities have experimented with a seven-week cycle for Advent, following the guidance offered by the Advent Project. Noting a thematic change in the readings of the Revised Common Lectionary in early November, this proposal uses the seven messianic names of the O Antiphons, which are also recorded in the Latin hymn “Veni, Veni Emmanuel,” as the focus for each Sunday between All Saints’ Day and Christmas. In churches that have adopted this practice, a modified Advent wreath of seven candles is often used.

Now I admit that the irony of encouraging more weeks in Advent when I began this column confessing my struggle to observe even four is not lost on me. I don’t mean to insist we abandon the many lovely traditions leading up to Christmas that we hold dear. Perhaps by allowing Advent an earlier start, though, we can embrace both somberness and celebration, simply by allowing the former its due. With any luck, we’ll come to find we appreciate both a bit more as a result.