New ministries are launched as California church breaks the silence 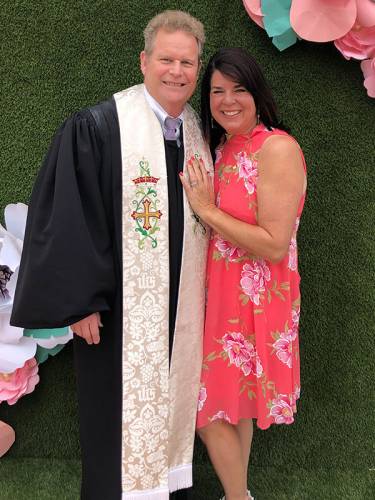 With their own daughter’s struggle with depression, the Rev. Scott Mitchell and his wife, Laura, realized it was time to begin a conversation on mental health issues in their La Jolla, Calif., community.

When Laura Mitchell receives a nudge from God, she sees it through.

“Sunrise of Hope,” a one-day mental health summit hosted by La Jolla Presbyterian Church in California this past spring, was one of those nudges.

Three years in the making, the idea for the summit came to Mitchell in the middle of the day, a decade into mothering two children through mental illness.

“I had to stop and listen, and literally write it all down,” she said. “It was so clear.” Down to the smallest detail, she imagined a variety of keynote presentations, breakout sessions and a panel on various aspects of mental health. And with her own daughter’s willingness to be open about her struggles with depression, Mitchell realized it was time to share her family’s journey to inspire others.

The vision for the summit “was so scary, you knew it had to be from God,” said Laura’s husband, the Rev. Scott Mitchell, pastor for congregational care at La Jolla Presbyterian. Never having organized an event like this in the past, they knew they needed to trust God to guide them along the way. The support of the Rev. Dr. Paul Cunningham, head of staff, made all the difference, though, “encouraging us to allow the process to unfold, even though there was no budget for the event,” Laura Mitchell said.

To recruit volunteers, the Mitchells knew they needed to tell their own story to the congregation. It was an intimidating thing to do as a pastor’s family, Laura admitted, but “our daughter led us all the way.”

“She is so raw and real sharing her story, it has inspired us to do the same.”

The response to the Mitchells’ story was affirming. A number of people volunteered for the summit right away. Another 50 people showed up at a volunteer luncheon held a couple of months later. Two women in the church agreed to work with Laura as coordinators. As word got out, the volunteer base swelled to 85.

People from the congregation began coming out of the woodwork, offering to serve as presenters on various topics of mental health. The chief medical officer for San Diego County, Nicholas Yphantides, came on board as a keynote speaker.

“There were more people out there ready to be a part of this than we realized,” Scott remarked.

The planning team continued to recruit speakers and workshop facilitators. Joyce Bruggeman, executive director of the San Diego chapter of Survivors of Suicide Loss, rounded out the keynote presentations, which also included Kay Warren of Saddleback Church. Warren’s son died of suicide in 2013. 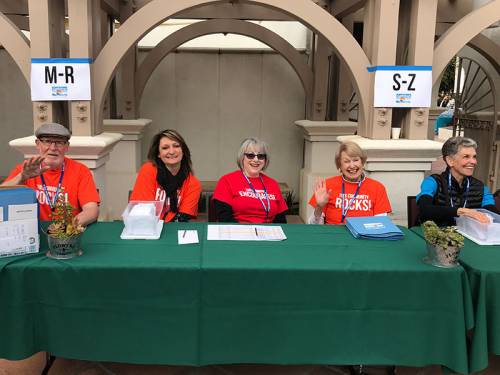 Members of La Jolla Presbyterian Church came out in full force to be part of the church’s mental health summit. Many served as greeters, prayer partners and presenters.

Knowing that the stigma around mental health issues can often stymie conversation, the summit organizers carefully planned to allow moments of grace to emerge throughout the event, which attracted more than 400 people. A music team led participants in song at various transition points throughout the day. A prayer team surrounded the gathering, attended breakout sessions, met with participants in the church’s prayer garden and generally supported anyone who needed a listening ear. The Pet Prescription Team, a nonprofit organization, made emotional support animals available for anyone who might benefit from their calming presence.

As the event drew to a close, participants and volunteers alike agreed that the one-day mental health summit lived up to its advertised theme of “educate, equip and encourage … for the glory of God.”

Although the Mitchells never intended for this event to launch a new ministry, they will continue to follow the leading of the Spirit. In June, a 12-week family program was held in partnership with the National Alliance on Mental Illness. A Saturday event in the fall will bring training from the Mental Health First Aid organization. As for another mental-health summit, the Mitchells won’t rule that out.

“I don’t know where this goes from here,” Laura said, “but the conversation is not done. We have people suffering silently in our pews … no more!”

For the Presbyterian Church (U.S.A.)’s policy statement on mental illness, go to pcusa.org/comfort-policy