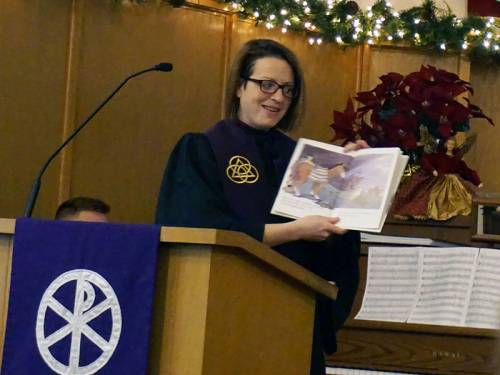 Realizing that its closure was a real possibility, First Presbyterian Church in Winneconne, Wisconsin, called the Rev. Rose McCurdy as pastor to help the congregation find new life. One of its strengths was generosity toward local mission, but McCurdy sensed the congregation needed to extend its involvement beyond its community. When McCurdy picked up the Presbyterian Giving Catalog, she saw a resource that could help her struggling congregation in its quest for renewal. She saw the catalog as an avenue for increased mission participation, and the congregation’s mission committee agreed with her.

“They were really touched by the description of the garden well and what giving clean water means to communities that need it,” McCurdy said. “I didn’t have to sell it in any way to the committee. They were ready to go.”

The congregation gave $1,500 toward a well, a gift that was in addition to its contributions to local mission projects. A $20,000 budget deficit and the possibility the church could close did not discourage McCurdy from challenging the congregation to do more than think about its own survival.

These days members of First Presbyterian have good reason not to be concerned about mere survival. The church finished 2018 with a $6,000 surplus. Since McCurdy’s arrival in 2017, membership has grown from 87 to 102. Overall mission giving, including budgeted gifts and gifts given beyond the budget, totaled nearly $17,000. 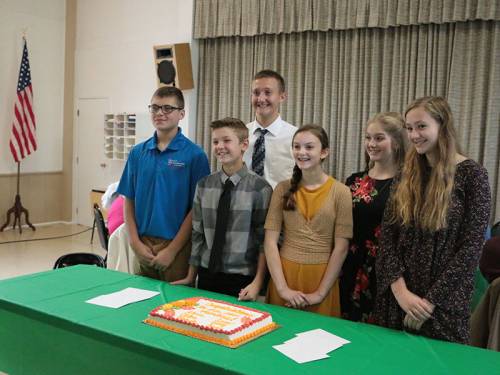 Exploration of identity and purpose is part of every Christian community’s life, and confirmation is a particularly important time for that reflection. At Pleasantville Presbyterian Church in Pennsylvania, the Rev. Jamie Fowler presented the catalog to a confirmation class to help members discover which of the world’s needs sparked their passions.

“I asked the class: What kinds of things interest you in the world, where are the needs and where is the Spirit leading you as you think about these things?” she said.

Class members began to link items in the catalog with their interests. For Chloe Preston, goats were the catalog item that caught her attention.

Chloe and her family raise two Nigerian dwarf goats that live in a small barn behind their house in Pleasantville, a borough with a population of about 900. Gabe and Ollie are beloved family pets. “I like them because they are fun to watch, and they are really nice animals,” she said.

When flipping through the catalog, she saw how goats give sustenance to families in the developing world by providing milk, which can be used to make cheese, butter and yogurt. The opportunity to make a gift of goats through the catalog showed Chloe a way to act on her faith.

“God calls us to help other people, and this is one way to do that,” said Chloe, an eighth-grader.

Another member of the confirmation class, science aficionado Joe Banner, had studied the lack of access to clean water in the developing world. He was drawn to the catalog’s offering of garden wells as a way to combine his interest in clean water and his faith.

In addition to making gifts themselves, the class invited the congregation to participate. During Advent, they suggested donations that would provide goats, a cow, piglets, chickens and farming tools. Each week the confirmation class would share about why they chose a particular animal or about hunger needs in the world.

“It was not about just giving money but explaining why this is important,” said Fowler.

During Lent, the emphasis shifted to water, and the youth led Pleasantville members to make financial gifts to buy a garden well. The students cut slits in plastic water bottles and used them to collect money. When all contributions were turned in, the money-filled bottles were carried to the front of the sanctuary in a wheelbarrow.

As part of Lenten worship, the youth stressed the need for clean water around the world. They talked about the burden of carrying water long distances, and about the disease and death caused by drinking dirty water. The confirmation class’ leadership resulted in the 110-member congregation making gifts totaling $2,418 through the catalog.

Fowler emphasized that her goal was to structure the confirmation class so that it would be an important step in a lifelong journey of spiritual formation.

“We really want them to be part of the church and to talk about it in terms of spirituality, and in growing in faith and understanding of who God is and participating with what God is doing in the world,” she said.