…be led forth in peace. (Isaiah 55:12). Support to the Peace & Global Witness Offering.
Make A Donation Click Here >
Home › The challenge of challenging behavior

Toxic congregations can get healthy 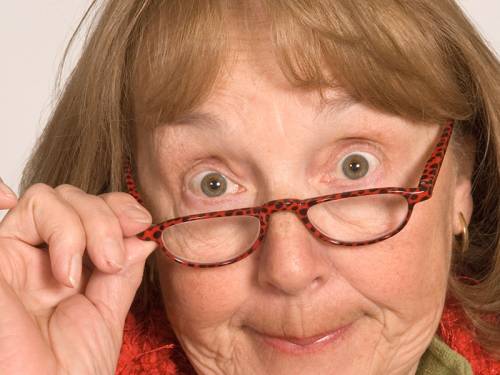 Even one person can destroy a church with their controlling behavior, but all too often, the default of most congregations is to accept the behavior rather than challenge it.

A freshly ordained, energetic new pastor arrives to the resounding “Alleluia!” of a grateful congregation. Two years later, she leaves in fury, blaming a toxic environment, with her health in tatters.

The perfect call finally appears for the seasoned pastor hoping to ease his way into retirement. Within a month, the pillar of the church leaves the denomination altogether, taking his closest friends and their large financial gifts with them.

All too often, the call of God can get mired in dysfunction, disillusionment and disappointment with God’s people. Said in jest, the Rev. Dwight McCormick of Northminster Presbyterian Church of Springfield, Ohio, noted, “Ministry would be so much easier if it weren’t for all those people.”

For nearly 20 years, McCormick has balanced the difficulties of ministry with the delight of laughter in his avocation as a stand-up comedian.

“A strong dose of humor and humility make it possible to not take ourselves too seriously and work to not internalize real or perceived hurts,” he said. McCormick’s dual identity as a preacher-comic helps him keep his pastoral ego in check.

“I’ve learned through the years that when everything is about me, I get caught up in resentment, and that is a recipe for unhealthy ministry,” he said.

Still, even the strongest sense of self in a leader needs more than the ability to laugh off destructive behaviors in a congregation.

“For pastors, there needs to be some hope someplace,” said the honorably retired Rev. Lynne Myers. It is possible, she believes, to confront toxic behavior in a congregation and lay the foundation for a healthy future. She has done so on multiple occasions.

Ordained in 1985 by Blackhawk Presbytery, Myers spent the next 30 years serving in congregations and on presbytery staffs throughout the country. Her ability to assess the general health of a congregational system, long before systems theory became common conversation in church circles, led Myers to develop an expertise in interim ministry. By the time she retired, Myers had trained hundreds of other pastors to adopt a similar approach through the interim ministry training program of the Synods of Mid-America and Lincoln Trails.

“The truth is, just one or three or four people can destroy a church with their controlling behavior,” Myers said. All too often, though, the default of most congregations is to accept the behavior rather than challenge it.

But when pastors prefer people-pleasing and parishioners prefer keeping the peace, what might be dismissed as someone’s challenging personal characteristic creates a toxic environment for the entire congregation.

In his book The Toxic Congregation: How to Heal the Soul of Your Church, the late Presbyterian minister G. Lloyd Rediger wrote: “Where toxin is intentionally allowed to remain, it will contaminate, sicken, impair, and generate lethal consequences.” He calls this “the law of toxicity.”

In her formative years of ministry, a small, struggling, Midwestern congregation teetering on the edge of this kind of toxicity hired Myers as their interim pastor. The toxic situation had snuck up on the well-meaning community with a commitment to inclusivity.

Like many aging, exhausted communities, the congregation had embraced the energy and enthusiasm of a 20-something young man eager to serve wherever necessary. He had painted the kitchen. He had volunteered his services when the church secretary resigned. He had become moderator of the worship committee. He had agreed to serve on session.

By the time Myers arrived, however, the relief and gratitude of the congregation for his service had turned to fear and panic. Within a year and a half, the newcomer had taken over nearly every committee. He had ordered costly worship supplies without permission. He had “borrowed” thousands of dollars from several parishioners. He had used his volunteer position in the church office to present himself as an ecclesiastical leader. Something had to be done. But what?

As Myers considered her options, she came to a powerful realization: Presbyterian polity offers an inherent antidote to unhealthy behavior.

“No one person in the PC(USA) system is ever allowed unchecked authority,” said the Rev. Jan DeVries, general presbyter of Grace Presbytery. “The foundations of the faith simply do not allow it. Instead, Presbyterians govern as a group, discerning the mind of Christ in community, rather than individually.”

To confront the toxic behavior, Myers needed to remind her congregation “how to be Presbyterian.” This was easier said than done.

As a first step in a long process of “Presbyterian 101” re-education, Myers was determined not to allow the parishioner to continue to manipulate his committees. When he failed to appear for a worship meeting, for example, she declined his invitation to make the decisions just between the two of them.

When he bragged about his leadership in multiple other congregations, she politely noted his young age and questioned his longevity in any one of those congregations. When the church officers informed her that they had not received training in 14 years, she established consistent elder education and supported the empowerment of leaders across the board. Over time, committee members began to articulate their own perspective in meetings, rather than simply going along with what was expected of them.

Myers also did her best to maintain a loving, compassionate presence amid establishing these healthy boundaries. Rather than blaming the newcomer and stoking a sense of victimhood within the congregation or within herself, she stressed the well-being of the congregation as a whole.

She encouraged the leaders to focus on the goals of the interim period, rather than dwell on the dilemma of “how we got here.” She cultivated the hope of a more vibrant future, even as she acknowledged the ongoing pain of the situation.

Myers determined they were ready for a direct intervention with the parishioner whose behavior had caused such difficulty. Again, she relied upon Presbyterian polity to undergird the process. She reached out to the presbytery for the support of the moderator. She secured professional services for any in the congregation who might need assistance in processing their pain. She gathered a backup team and set up a meeting with the parishioner.

He never appeared. He never returned. The people moved on.

Throughout the remainder of her interim ministry with the congregation, Myers continued to emphasize the strength of Presbyterian polity in supporting their movement toward greater health.

“How we do things really matters. It’s how we maintain healthy boundaries,” Myers said, in reference to Presbyterian polity. “It’s our version of tough love.”

There is regret, however, as she considers the disappearance of the individual involved. What could have been, she wonders.

“If he had been able to go through the intervention, he would have been loved,” Myers said.

In the absence of reconciliation, Myers focused instead on what Rediger calls “the law of goodness.” “Where goodness is identified and nurtured,” Rediger said, “the soul of a healthy congregation will bless all it touches.”

Several months later, in a sermon during Eastertide, Myers compared the ongoing potential of the congregation to the raising of Tabitha in Acts.

“The new thing you do in mission,” Myers preached as she concluded her ministry with the congregation, “may end up healing you.”

Little by little, as the installed pastor stepped in, the congregation improved upon the foundation Myers’ interim ministry had laid. Slowly but surely, the building began to look a little nicer. The people began to sit a little closer. Hearts that once felt haggard began to surge with hospitality.

Neighbors noticed the good things happening as the congregation embraced their new way of being. Many came to visit. The congregation, now fully empowered to live up to the potential of their calling, welcomed them in.

Twenty years later, what was once a struggling, bordering-on-dysfunction congregation of 50 members has grown to a healthy 350-plus community. A thriving mission propels the people onward. The intervention Myers led has faded into memory. The congregation has truly moved on.

How not to be ‘that guy’

In a 2016 article for Psychology Today, Harvard-trained psychiatrist Dr. Ralph Ryback discusses what he calls “the five faces of toxic relationships.”

Ruling Elder Richard Baldwin of New Castle Presbytery and a member of Elkton Presbyterian Church in Elkton, Maryland, who supports congregations confronting challenging issues, offers tools for self-awareness for each of these “five faces” of toxicity.

1. The Critic judges and criticizes you as a person — as opposed to your behavior — no matter what you do.

RB: Criticism of an idea is acceptable if we limit the criticism to the idea and do it in a kind, thoughtful manner and do not criticize the individual.

RB: Sarcasm, as a passive-aggressive response to ideas and opinions and people we do not like or agree with, can come across like a slap in the face. Christ values a kind, considerate and honest response to our brothers and sisters.

3. The Narcissist must always be the center of attention, the best at everything and is unwilling to compromise.

RB: As soon as we demand that we be the primary resource and depository of all wisdom and knowledge — that is, to be the very center of attention in the group — we effectively shut down the collective wisdom of the group, and a huge treasure of insights and direction is lost. Keep Christ as the center of attention and draw upon the ideas and thoughts of the entire group to accomplish your purposes.

4. The Stonewaller refuses to communicate to evade difficult issues.

RB: Remember that the leader of the group is Christ himself. Ask for wisdom and direction from the Holy Spirit. You will, in fact, have something positive to contribute.

5. The Antisocial Personality explodes emotionally and sometimes physically and/or takes advantage of others without remorse.

RB: It is so easy to become a bully, sometimes without even knowing we are doing it. If we are dominating another person intellectually, emotionally or physically, we are taking advantage of them. Ask yourself: Am I being unfairly critical, aggressive, unresponsive? How much more effective and productive would a gentle, loving attitude be?