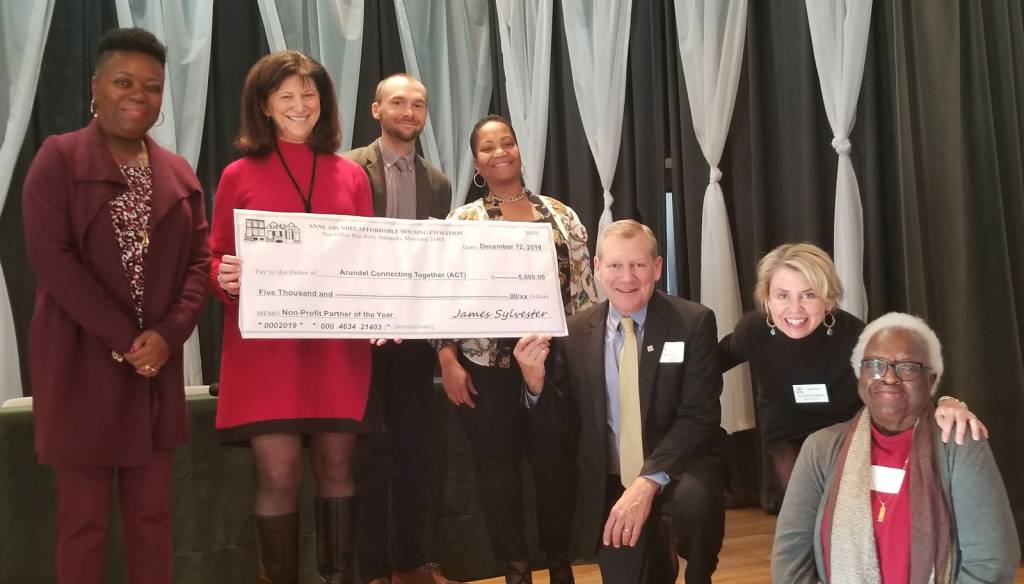 The seniors were the first to notice the neighborhood changing as working-class homes slowly transformed into pricier real estate. Many found it hard to stay in homes that were filled with decades of memories. Some even found themselves being evicted. It wasn’t just seniors being affected by the neighborhood’s evolution. Parents with young children were displaced next.

Gentrification was coming to Inglewood, California, and it was not pretty. Some people saw the change as a renaissance for a city that had been economically challenged. Three local congregations, however, saw the devastating change gentrification was having on the long-term fabric of residents in the neighborhood and knew it was time to do something — together.

The Rev. Dr. Harold E. Kidd, pastor of First Presbyterian Church of Inglewood, joined the pastors of the local Methodist and Episcopal churches who brought their congregations together in worship at Advent, Easter and Pentecost. Each service focused on listening to the community through story and testimony. After months of worshiping together, the congregations built enough trust and momentum to mobilize for change and stand up for their displaced neighbors. Through their efforts to organize with city leaders, Inglewood adopted dramatic protections for the roughly 60% of residents who rent, helping them stay in their homes.

When the Rev. Dr. Angela Cowser began tutoring in a neighborhood school in Nashville in the late ‘90s, she noticed just how much the children were lacking in resources. She soon discovered the school wasn’t alone in being under-resourced. Several others were struggling as well. Cowser, who at the time was also heading a community organizing group called Tying Nashville Together, developed an audit for the schools to understand the extent of the needs. The community organizing group got parents together and sent them out on a fact-finding mission to 70 schools. The mission resulted in a long list of problems that needed to be addressed. With the findings in hand, 20 faith leaders met with the mayor. The result was $250,000 being committed to improve the school system, Cowser says.

Real change is a community effort

Inglewood and Nashville are just two examples of how churches working closely with other congregations and community organizations can make a difference. This desire to fix what is broken grows more urgent these days as the COVID-19 virus has put the spotlight on the many injustices that have lingered in the shadows for too long. But as churches begin talking about what can be done to bring about change, one thing is for sure: Dramatic change doesn’t happen overnight, nor does it happen with one congregation working alone. It takes mobilized action known as “community organizing,” which involves getting out into one’s neighborhood to listen closely to the problems, talk to those on the front lines, work closely with those being impacted by injustices, and team up with other agencies that can help.

“Community organizing is the best work that I’ve seen at the macro-level of social change. Most churches focus on micro-level work,” she said. “When one congregation works on its own, what it does is almost always charity, and almost never justice. For example, organizations like Habitat for Humanity, while good, are likely insufficient to meet a community’s needs for supportive housing.”

The Rev. Andrew Foster Connors, pastor of Brown Memorial Park Avenue Presbyterian Church in Baltimore, adds that community organizing is not the same as advocacy. “There are big things that are part of our national conversation right now: gender inequality, racism and the fall of the middle class. Short-term activism is not going to stand in the way of these forces. The only way to stand against them is with organized power,” he said.

Almost a decade ago, the Presbyterian Church (U.S.A.) created the guide “Congregation-Based Community Organizing: Building Vibrant Congregations, Building Just Communities” to help congregations better understand what “organized power” is. The guide defines community organizing as “a method of working with faith communities to address the problems and concerns of their communities, and in turn, vitalize and strengthen the life of congregations.”

That often means partnering with other faith congregations and using specific tools to build relationships and increase capacity for change. Some of those techniques are:

One-to-One Conversations: Also known as “relational meetings,” these are meetings between two people in which they share their personal stories and reflect on their values, hopes and concerns.

House Meetings: House meetings give an opportunity for those gathered to share what is important to them and find common ground on what energizes them for change.

Listening Campaigns: A listening campaign is an organized series of one-to-one and house meetings to hear from a congregation or targeted community partners. Listening campaigns are designed to bring to the surface the issues that are relevant to a large group of people.

Through relational meetings, house meetings and listening campaigns, a clearer picture of what the issues are emerges and the most mentioned problems by the group then become concrete action points.

For congregations who might have differing viewpoints as to what a church should or should not get involved with, the techniques involved in community organizing help because they bring the issues of a community inside to a faith group that may or may not be isolated from realities outside the sanctuary walls.

The Rev. Denise Anderson, coordinator for racial and intercultural justice at the Presbyterian Mission Agency, points out that there is always the danger of advocating for self-interests, but that community organizing is a way to listen and hear from others.

“Unless we join circles of people with other experiences, how would we know the depth of what is going on? How would we feel the urgency for change?” she asked.

The heart of the gospel

According to Cowser, community organizing is important for congregations because it “gets at the heart of the gospel.” Anderson agrees, citing that unlike previous generations, a lot of large-scale movements for social change are now happening outside of the faith community. For example, Black Lives Matter was not a movement that initiated in the church, she says.

“Where the church may see itself on the outskirts of movements for justice in the 21st century, community organizing is a way to stay in that space and stay connected to that work,” said Anderson.

The Rev. Jessica Tate, director of NEXT Church — a network of church members and leaders fostering conversations about how to follow Christ — says that through community organizing the church has an opportunity to make a positive name for itself. “People don’t sign up to support institutions just for their value. We have to make the case for an organization in a different way than we did in past generations,” she said, adding, “The church now has to earn a positive reputation as an organization that cares about the world.”

Foster Connors also sees a similar trend at Brown Memorial. New people coming to church “don’t want to waste their time coming to worship that doesn’t connect them to actual transformation in their lives and in their community,” he said.

Community organizing also focuses on local issues that make a visible impact. The Rev. Jonathan Nelson, associate pastor at Ark and Dove Presbyterian Church in Odenton, Maryland, sees organizing as a way to get involved without entering into the partisan debates that dominate the national political scene. “I don’t know that a lot of churches have talked to their neighbors about the stuff that bothers them,” he said. “Organizing for something that matters to the neighbors, like quality education, is not necessarily partisan but can be political.”

The lessons and tools of community organizing can also be used within the life of a congregation. “Pretty much anything major we do at Brown Memorial starts with active listening,” said Foster Connors, describing how the congregation incorporates organizing methods in ministry.

They recently noticed several new young families in the congregation. The church reached out to have one-to-one and house meetings to hear from them. Instead of church leaders deciding what program to offer families, they started asking questions like, “What are the biggest pressures in your family right now?”

While a process like this may result in new programs, the real benefit is deeper relationships. “We now look at congregational events, like an annual meeting, as an opportunity to engage people,” said Foster Connors. “We listen and then reorganize the life of the church around those things that drive our people.”

Community Organizing 101: How to get started

Pastors shared the following tips for congregations interested in how to become more involved in community organizing.

Check the ego. The first step is to enter into the work with humility and awareness. The “biggest temptation to avoid for someone with privilege entering a new space is saviorism” or “coming in with all the answers,” says the Rev. Denise Anderson. “Organizations are built and sustained through relationships. Building those relationships requires a lot of listening without agenda assumptions or prejudice.”

Hold conversations with a congregation. If there is not a local affiliate near you, all is not lost. The Rev. Jonathan Nelson suggests starting in the congregation, saying, “Here are my interests; here are some of the stories about ways I’ve felt alive and connected in the church. Tell me about yours.” Gather together a small group in the church, train them in active listening, then go and begin talking to neighbors outside of the church. Begin listening to them and caring about the things they care about.

Remember it won’t be easy. The shift from providing answers to listening is not an easy one. Church has often been the place people look to for solutions. The work of community organizing calls for a fundamental shift to active and intentional listening.