It all begins with listening 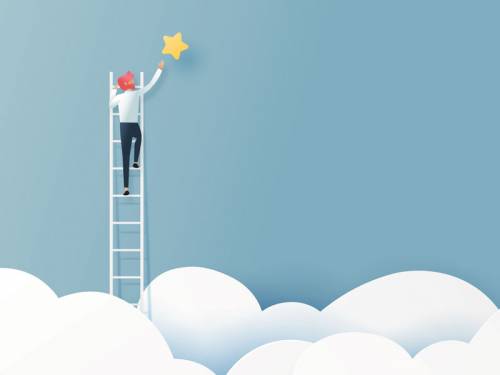 Massanutten Presbyterian Church in the Shenandoah Valley of Virginia was at a crossroads. The church was saddled with debt from a new sanctuary built 20 years ago. Giving was in decline. The church’s session heard a call from God to serve the community and do more. But this call could not be answered faithfully until the debt was retired.

“It caused us to make some difficult decisions with respect to staffing over the years, including not replacing staff when they left,” said the Rev. Ann Pettit, co-pastor of the congregation. “That has a cyclical effect. We didn’t have enough staff to fulfill all of the needs. So the needs got spread amongst the staff, and the needs didn’t get the attention they deserved.”

So, the congregation decided to do something new and brave, particularly amid a pandemic. They decided to have a capital campaign to pay down the mortgage.

The campaign was launched in the fall of 2021. By the end of the year, this church, which averages about 100 in worship most Sundays, had pledged about $929,000 to pay off the debt. It’s an astonishing feat, but it worked because this church was ready to move on to a new chapter, and the supporters of paying off the debt were ready to step forward and help make it happen. 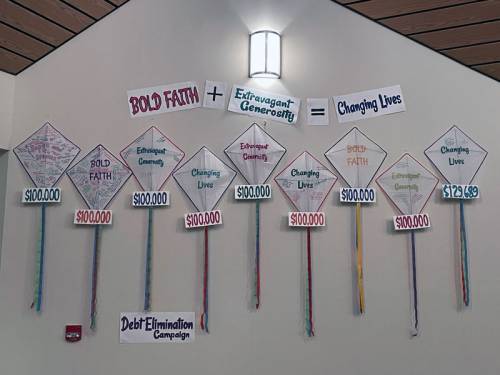 Shenandoah Presbytery, the Presbyterian Foundation and Horizons Stewardship — a nonprofit that assists faith-based institutions in making strategic decisions and securing the capital to accomplish their mission — helped the church build a team, set goals, create communications tools and choose a theme. Those outside perspectives helped the church to find its footing, along with providing lots of prayer and the space for listening — the latter being the first important step in any successful capital campaign.

At some point in the life of a church, a capital campaign becomes necessary to move the mission and ministry forward. Many congregations, though, feel overwhelmed even hearing the words “capital campaign” spoken. But raising capital doesn’t have to be complicated or overwhelming. Take it from Massanutten Presbyterian, which, along with the wisdom and listening ears of its consultants, was able to do what might have seemed to be impossible: raise funds.

If there is a capital campaign in your church’s future, here are five steps to get you started.

What is the song of our congregation? What’s most important? What matters to us in this season?

These are the essential questions that start a capital campaign, and they go far deeper than the typical observations that prompt fundraising. Most of the time, plans for a capital campaign come together when church leaders look at their physical plant and find it lacking. While those elements often do need attention, that list isn’t exactly a theologically grounded call from God.

Set those things aside for a moment and listen to what people are talking about in your congregation. If you’ve done a mission study recently, this can point the way to what matters most. Listen to the gifted leaders of the congregation. Listen to people of every background and age. What are they aspiring to?

In doing so, you may find that yes, your church plant does need some attention, and you do, in fact, need accessible entrances or new carpet (or both) — and those needs are important. But what you may also hear if you dig a little deeper is a desire for the church to be a connection point in the community, to serve and love the neighborhood, to be a force for good and strength in your city.

This listening tells you that your capital campaign should include a strong element for mission and ministry. You can think about it as a tithe.

For example, you can bump your $500,000 capital campaign for building repairs up to $550,000, so that you could create a small space for a community partnership or for a $50,000 gift to a local nonprofit that’s connected to the church and needs support. Think not only about the needs of your church, but also needs external to your church that you can help meet.

The decision to start a capital campaign should be considered collaboratively and carefully. Your pastors, staff, session and any other necessary leaders in your congregation should fully discern together if this is the right time and season in the life of your church to seek funding.

Once that work is complete, you’ll need a great team to come together to take over the details of the campaign. This team, along with the pastors and staff, will need to prayerfully consider the right theme and Scriptures, seeking God’s guidance as they work together.

When assembling your team, think about the various parts of your church and who can speak to which audience. With many congregations, groups don’t always interact.

Beyond discerning the theme and connecting to the congregation, this team will be responsible for helping to create materials to support the capital campaign. The listening, assessing and team-building portions can take a year or more, depending on how dedicated the team is to meeting regularly and the availability of the pastor.

At this point, you should have the theme and major objectives of your capital campaign in hand, and you’re ready to ask. 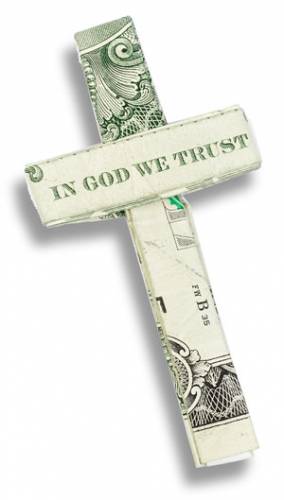 Before you launch your capital campaign out to the congregation, you’ll need to seek a few gifts that will lead the way. In most congregations, it is generally known who has the capacity to make larger gifts. Once you have costs, objectives and campaign materials, you can approach potential supporters.

This can be uncomfortable for people who are not accustomed to discussing money, which would be most of us. If you have truly prayed about the capital campaign and really do believe it is important for your congregation, that makes these asks all the easier. Your earnest belief will shine through when speaking with other church members.

It is helpful, too, if the session and members of the capital campaign team make a pledge ahead of the campaign’s official launch. When presented to the congregation, you can share that the campaign has strong participation.

With gifts and pledges from your session in place, it’s time to officially kick off the capital campaign with your congregation. You’re calling for the members of your congregation to step up and make a commitment to the future of the church and your community. Ask them to prayerfully consider what God might be calling the congregation to do next.

As your campaign moves along, you’ll want to continue to tell the congregation how much you’ve raised. Celebrate each step along the way. When the campaign is complete, celebrate that, too. At Massanutten Presbyterian, they decided to find Covid-friendly community service activities to do together as their celebration.

A few more steps to take

Here are several additional recommendations to consider as you create your capital campaign. Plan for about 5% (maybe less) of pledges to fall through. We recommend setting your goal a little higher than necessary to accommodate that reality. It’s also best not to include salaries for staff in a capital campaign. Salaries need to be part of the church budget.

As for the common concern that a capital campaign will hurt a church’s stewardship efforts, taking away money from one pledge to go to another, that is often not the case. At Massanutten Presbyterian, people who had pledged the previous year increased their pledges by about 14% as they evaluated how important the church was in their lives. Also, remember in launching capital campaigns: Funds are not being asked to be given at that moment, but given in the future and over time.

The Rev. Dr. Glen Bell is senior vice president of development at the Presbyterian Foundation.

Robyn Davis Sekula serves as vice president of communications and marketing at the Foundation.

For more information on capital campaigns and to reach out for assistance, go to the Presbyterian Foundation at presbyterianfoundation.org/capital-campaigns