Inspiring faith in our youth. Support the Pentecost Offering.
Make A Donation Click Here >
Home › A new response to challenges

History repeats itself, yet we don’t have to

He shall judge between the nations, and shall arbitrate for many peoples; they shall beat their swords into plowshares, and their spears into pruning hooks; nation shall not lift up sword against nation, neither shall they learn war any more. — Isaiah 2:4 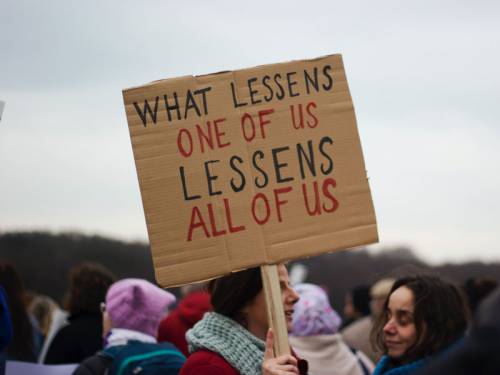 It can be depressing to study history, especially the history of violence between and among nations. I was reminded of that when one of my sons sent me a copy of a column I had written, which was published in “Presbyterians Today” in November 1990.

The column was focused on Iraq and the threat posed by Saddam Hussein following his invasion of Kuwait. It referenced an oil crisis in 1975, as well as a declaration made by the 115th General Assembly of what was then the Presbyterian Church in the United States. The declaration, urged by the Presbytery of Kansas City Union, stated that “the 115th General Assembly goes on record as affirming that the maintenance of a high standard of living cannot be justified as ground for participating in military action or war.”

My son had also retained a supportive note I had received from my father in response to the column. A longtime Atlanta Presbyterian pastor, he supported my concern over President George H.W. Bush declaring that this “Hitler” figure [Hussein] was not just a threat to our oil supply, but “to our way of life.” Sen. Richard Lugar, then chairperson of the Senate Foreign Relations Committee, had also weighed in, announcing that what was at stake was “our standard of living.”

It seems a short jump from this mindset of yesterday to that of today’s mindset of trying to make our country great by building higher fences and by endorsing an economy in which the least fortunate do not have enough to eat, do not have a place to sleep and, when they inevitably become ill, cannot find proper medical care.

Amid the talk about creating a “great” America, we have to ask where Jesus and his message fit in. Jesus is not, above all, a candidate for the prosperity gospel that masquerades as Christianity. How long would he last searching dumpsters for food, working long days for a pittance or seeking folks to hang out with who would tolerate him even if he was a dark-skinned Jew?

Yet over and over again, we follow leaders who are more interested in pointing out who our enemies are and talk about how others are evil, rather than asking a very Jesus-like question of what kind of people we are.

The final comment in my father’s note to me was this: “Pardon the ramblings but I am concerned about the fact that we have so many people in church with so many preachers … and the impact is hard to discover.”