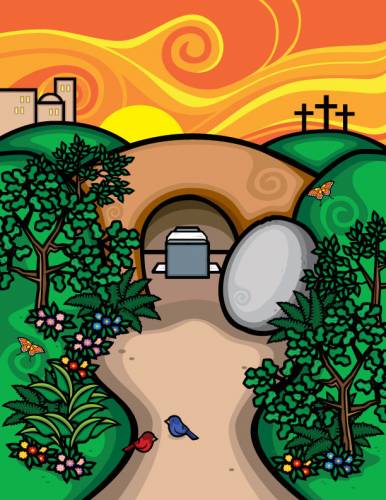 There are two constants in life: change and Jesus Christ, who is the same yesterday, today and tomorrow. In Christ, we live and move and have our being. To be a follower of his is to be forever mindful of the cross, of death’s defeat — and of resurrection power. And, as Wendell Berry wrote in one of his well-known poems, “Manifesto: The Mad Farmer Liberation Front,” we, the church, are to “practice resurrection.”

Having resurrection hope, though, is challenging, especially with the large number of mainstream churches closing every year. The statistics can be demoralizing. In the Presbyterian Church (U.S.A.) alone, membership in 2017 was 1,415,053, down from 1,482,767 in 2016.

Paul Grier, vice president of the Presbyterian Foundation’s Project Regeneration, adds that the reasons for the shrinkage have more to do with aging than people leaving the faith. The median age in the United States is 37, but the average Presbyterian is 62. With an aging membership comes an empty-nest scenario. In other words, the trend is toward downsizing — and that includes church buildings that have become a financial burden to some congregations. In addition, according to a number of denominational and secular surveys, younger generations continue to reject organized religion due to scandals and corruption, along with what they perceive as judgmental and hypercritical churchgoers.

Yet no matter how troubling the “bad news” is, the good news is always greater. Regeneration and resurrection are already taking place; it’s a reality we are living in and living into. In his book Practice Resurrection, the late Eugene Peterson wrote: “The practice of resurrection is an intentional, deliberate decision to believe and participate in resurrection life, life out of death, life that trumps death, life that is the last word, Jesus life.”

“The church is the collection of believers. It is not the building where believers attend worship,” he said.

Change is hard, and the older we get, the harder change becomes, both personally and communally.

“In a world where there has been so much, and so rapid, change, we have sought to take refuge in the church as a place that is unchanging; we have sought a place of quiet and comfort and familiarity. The church has been that place for many of us,” Grier said. “Some of us are guilty of taking the permanence of God and applying this attribute to our own worshiping community. We forget that God is a creative God.”

The Presbyterian Foundation’s Project Regeneration, though, empowers churches to “resurrect” by initiating a discernment process designed for congregations who are struggling to keep up with the maintenance of an older building and aren’t sure what to do. To arrive at resurrection, congregations must first undergo a period of mourning, a time of reflecting and resting before something new emerges, Grier says.

“A good reinvention takes at least three years, and averages five to seven years. It takes time, money and energy,” he added. Yet many congregations don’t have time, money or energy.

Research indicates that 80 members are needed for a church to be sustainable. The PC(USA) has 1,400 churches with 25 or fewer members, says Grier.

“With the responsibility of keeping a church viable on so few, many find they just don’t have the energy to do something new,” he said.

And while the maintenance of a building is a burden for many dwindling congregations, the building can be an asset.

“Different worshiping communities have risen from the ashes of the sale of a church building that was draining church finances,” Grier said. “After a church building is sold, many say they wished they had sold the property sooner.”

The greatest difficulty in practicing resurrection, though, is the dying that comes beforehand. The Rev. Abby King-Kaiser, an associate director for the Center for Faith and Justice at Xavier University, speaks from experience about how to help a church die with grace. She says the tomb is real, and so too the darkness within it.

“The tomb is an odd thing. I have largely worshiped as a pastor in a tradition that skips from the cross to the empty tomb. We rush past carrying the body, giving the space, weeping as the stone is rolled, and sitting in the tension of that particular Sabbath,” she says. “When I led a congregation toward resurrection, we spent about four to five months in the tomb. We discerned, we proposed, we debated, we listened, we wrestled, we wept, and we voted overwhelmingly to close.”

Between that decision and their last service, the congregation of Fruitvale Presbyterian Church in Oakland, California, sponsored their first youth trip to Montreat Conference Center in North Carolina, King-Kaiser says. They donated extra funds to neighborhood organizations and spent four Sundays visiting other congregations. They also recorded their stories, among other activities that celebrated the past and looked forward to the future.

In the days since, King-Kaiser says, there have been times when she’s had to wrestle with a sense of failure, shame and feeling worthless as a pastor. Yet she knows that God is doing a new thing, and she witnesses it continually with the students at Xavier.

On Dec. 30, 2018, the Rev. Denise Anderson, coordinator for racial and intercultural justice at the Presbyterian Mission Agency, helped her Maryland church die with dignity after a four-year period of discernment. Only 20 members had been attending worship at Unity Presbyterian Church, and although the congregation rented the building out to day care and community groups, staying open was not financially sustainable. As well, the demographics had shifted over the last 40 years in Temple Hills, Maryland, and with it came the emergence and saturation of churches rooted in the African-American non-mainline traditions.

“The most important thing to remember is that Jesus never told us to charter churches. He called us to make disciples,” Anderson said. “I believe Jesus is less interested in where we worship and more interested in having us follow the charge to go out into the world and be the body of Christ.”

One of Unity Presbyterian’s last faithful acts as church was to participate in one more PC(USA) offering.

“Before they closed, they reached out to our office asking for materials for the Christmas Joy Offering — they wanted to participate in one more special offering before they dissolved,” said Lauren Rogers, a mission specialist with the Presbyterian Mission Agency. “We were incredibly moved by their faithfulness and generosity. When there are so many other things to worry about, they still found the capacity to support the work of the greater church in this way.”

As a transformational pastor, honorably retired, Matilda Chase has had many years’ experience in congregational redevelopment, serving as an associate executive of Palisades Presbytery in New Jersey. What is essential, she says, is a transformational attitude.

“Change requires faith, but often a congregation is afraid to take a risk, to transform their building into a place that can serve the community better,” Chase said. “We have to have a meaningful relationship with God, to allow the Spirit to speak to us,” Chase said.

While resurrection stories abound, two that demonstrate well the new ways of being church in the world are The Porch at Faith Chapel Presbyterian Church in rural Virginia, one of the 1001 New Worshiping Communities, and Acts of Faith community groups in Rochester, New York.

Faith Chapel closed in 2015 due to dwindling membership. The congregation had difficulty connecting with ex-urban newcomers, who were moving into Lucketts, Virginia, in droves, and beginning to change the rural community into a commuter suburb of Washington, D.C.

What makes the story of Faith Chapel different from other regeneration stories is that the congregation decided to keep their property and repurpose the building. Ruling elder Gary Mears, who is enrolled in seminary, moved into the manse as one way to demonstrate commitment to, and engagement with, the community. He started a Bible study that met on the front porch of the manse every week.

During the summer, the ministry hired a food truck to sell meals from the church’s parking lot, and neighbors met one another when they stopped by for the food.

Mears also did some groundwork by going to the local school and asking what would be of value to the students. He was told that 25 percent of the students, about 48 children, needed Christmas presents. That mission was accomplished when the community responded to his social media call for gifts. The community also responded to social media posts for help in the church’s newly opened food pantry.

As a result of being more community minded, the doors of Faith Chapel opened once again for a Christmas Eve service this past year.  One hundred sixty residents packed the sanctuary.

“We placed an index card in the pew and asked those who attended to answer two questions: If there was weekly worship, would they come? Two, if the manse was converted into a coffee shop, would they come?” The answer was “yes” to both.

“We are working to start up regular worship again in March. This truly is a resurrection,” Mears said.

Mears also learned that people love to serve but often say, “We aren’t into the Jesus thing, but the humanitarian stuff is great.”

“I tell them, ‘This is a Jesus thing, living out our faith, walking the walk,’ ” he said.

About 350 miles north, a different kind of resurrection has taken place. On Easter 2014, South Presbyterian Church in Rochester, New York, voted to sell their historic 170-year-old building as a symbol of resurrection. The church was sold to another denomination within a few months — a decision that they have never regretted, says the Rev. Deborah Fae Swift.

Today, the congregation still gathers but as an Acts of Faith community, modeled after the first-century church, going out into the world and bringing worship and fellowship to multiple venues. The Acts of Faith model emphasizes three areas: worshiping communities, studying and sharing, and social activities with a specific focus, most of which are member-led.

“We can just be about God’s work without spending time, energy and money on the building,” said Swift. “The model is simple: Go where we are needed and share the loving presence of the risen Christ.”

For example, people meet in restaurants for Bible study, worship at various venues, such as a senior retirement community, and host potluck dinners for refugee families. Currently, the church holds five worship services throughout the week, including two that take place on Sunday morning. One-third to one-half of all those involved in Acts of Faith had no knowledge of South Presbyterian Church. Swift continues to serve as a full-time pastor, and the congregation has recently hired another full-time associate pastor, as it continues to use the proceeds of the building to support staff. Meetings and potluck dinners are held at a local park lodge. When the church building was sold, there were 33 members. Currently, there are 53 members, 12 affiliate members and 120 people who participate in the various activities offered.

“We are no longer a little church that’s dying,” Swift said. “We are no longer weeping over Jerusalem or mourning the loss of a building that was so confining. We are in awe of what God is doing here, and we give all the glory to God.”

Sherry Blackman is the pastor of Presbyterian Church of the Mountain in Delaware Water Gap, Pennsylvania.