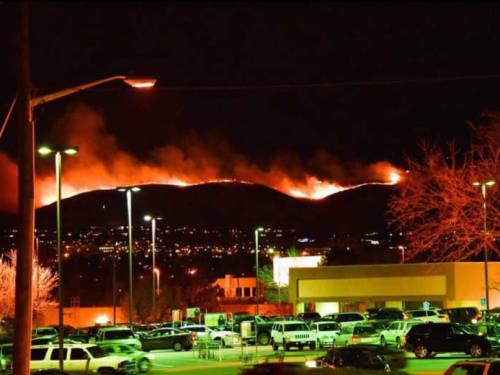 LOUISVILLE – Days after fires scorched parts of Gatlinburg and Pigeon Forge, Tennessee, within the Great Smoky Mountains, residents and church leaders are still waiting to find out how significant the damage is.

“The public is presently restricted and we are not able to go into Gatlinburg,” said Judd Shaw, general presbyter with the Presbytery of East Tennessee. “It may be Monday before roads are opened and people are allowed back in.”

Shaw, like most residents who were forced to leave when fires swiftly moved into the tourist area, is anxious to learn the extent of damage to homes, businesses and churches. “We don’t know the status. We don’t even know if the Gatlinburg Presbyterian Church is still standing or has been destroyed. Someone thought they saw it on the news,” he said.

He’s hoping to have more information from VOAD (Volunteer Organizations Active in Disaster) soon. “There is a meeting tomorrow of the local VOAD organization. The Presbytery of East Tennessee will meet after that to see how we should respond as Presbyterians,” said Shaw.

Presbyterian Disaster Assistance reached out to the presbytery after the fire broke out. A National Response Team has been deployed to the area to assess the needs and determine the best way to help.

“Our FEMA partner contacted me about the possibility of hosting space for the early responders at our PC(USA) congregation in Gatlinburg and leadership will offer their space free to at least one organization called All Hands. This is based on the church being spared by the fire,” said Jim Kirk, PDA associate for disaster response. “The potential partnership between Gatlinburg Presbyterian and All Hands speaks to the connectional nature of the church and disaster response organizations that greatly enhances the support offered to survivors of disaster.”

The latest estimates show 10 people have died in the fires with more than 700 homes and businesses destroyed. Fire officials estimate as many as 300 buildings within Gatlinburg city limits an another 400 in Pigeon Forge. Authorities believe nearly 16,000 acres burned after the blaze began last week in the remote Chimney Tops area. Investigators believe the fires were “human-caused.”

While rainfall this week has provided some relief, authorities warn the return to dry weather could cause new outbreaks.

“We’ve been contacted by Presbyterian ministers and churches all over the area saying they are in prayer for us and want to assist as they can,” said Shaw. “That has been very encouraging.”