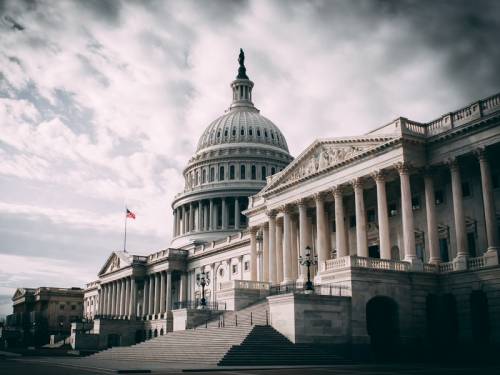 Photo by Harold Mendoza via Unsplash

LEXINGTON, Kentucky — The Presbyterian Church (U.S.A.) Office of Public Witness (OPW) in Washington is calling on the United States Senate to reauthorize the Violence Against Women Act.

“These horrific acts of senseless violence must end,” an Action Alert from OPW said. “Violence against women is a disease that bleeds through the veins of our country. As people of faith, we must speak up and hold our nation’s leaders accountable for addressing this crisis!”

The Violence Against Women Act first passed into law in 1994 as a response to domestic and dating violence, sexual assault and stalking. It was hailed as landmark legislation that changed a culture where domestic abusers could easily avoid consequences for their actions.

The act was last reauthorized in 2013, and that reauthorization lapsed in 2018. The act’s programs continue to be funded despite the lack of authorization. It was last passed by the House in 2019 in a bipartisan vote, but the Senate failed to consider it.

Among the additions to the act in the 2021 version are:

The action alert noted that the act “comes at a critical time as violence against trans people, particularly trans women, is steadily increasing.”

President Joe Biden, who was a senator and the primary sponsor of the Violence Against Women Act in the early 1990s, has described its passage as his ““proudest legislative accomplishment,” and has urged passage of the reauthorization now in the Senate.

“This should not be a Democratic or Republican issue — it’s about standing up against the abuse of power and preventing violence,” he said.

By most accounts, there is broad interest in passing the legislation. But the gun restrictions and trans protections are sticking points for some Republicans.

The OPW Action Alert notes that there has been a rise in domestic violence during the COVID-19 pandemic and that one in four women in the United States reports experiencing intimate partner violence. More than 55% of the homicides of females in the U.S. are committed by intimate partners.

The alert says, “We must fight back against this rampant violence and demand that the Senate pass the Violence Against Women Act Reauthorization Act of 2021!”