Is the prosperity gospel good theology? 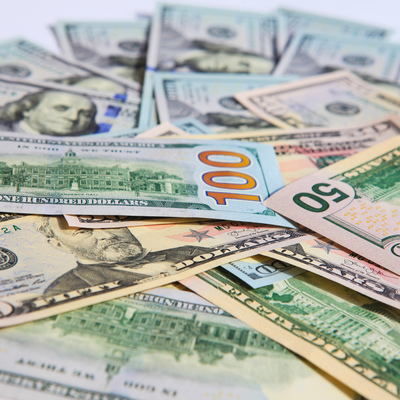 LOUISVILLE – Presbyterians are generally allergic to the prosperity gospel, the belief among many Christians that God blesses those who bless God. Prosperity gospel is a good idea, but it begins to get tricky when we believe that those who are faithful to God will always be blessed by financial wealth and good health.

Where would someone get such an idea? Look at Deuteronomy 28 — Moses addresses the people of Israel in a covenant-making rite. Moses says:

5 Blessed shall be your basket and your kneading bowl.

A key verse comes a bit later in verse 11a: “The Lord will make good things abound for you” (Common English Bible) or “And the Lord shall make thee plenteous in goods” (King James Version). There is a clear thread in Deuteronomy that material blessings are a sign of God’s blessing on the people of God.

The prosperity gospel is usually marked by charismatic ministers who do seem to prosper in all outward ways due to the generosity of members who seek prosperity through generous giving. Prosperity can be attained by any believer given that they exercise sufficient faith, speak prosperity into reality and give to churches (and ministries) to ensure this prosperity.

Is it heresy?
The prosperity gospel is a dangerous heresy because it is so close to the truth. The promises of Deuteronomy 28 need to be put alongside the stories of the prophets, the righteous remnant, the crucifixion of Jesus and the stories of other people of faith who do not prosper materially as a result of their fidelity to God. This is the profound point of Hebrews 11.

In this narrative of great people of faith, the triumphs of Abraham, Sarah, and Moses are recounted. But then the author qualifies the notion of the saints of the faith: “ What more can I say? I would run out of time if I told you about Gideon, Barak, Samson, Jephthah, David, Samuel and the prophets. Through faith, they conquered kingdoms, brought about justice, realized promises, shut the mouths of lions . . . .” (vv. 32–33)

Not all triumph in this outward manner: “ But others experienced public shame by being taunted and whipped; they were even put in chains and in prison.  They were stoned to death, they were cut in two, and they died by being murdered with swords. . . . All these people didn’t receive what was promised, though they were given approval for their faith.” (vv. 36-39)

But there is also another Biblical thread that needs to be woven into our tapestry of understanding. The prophets are clear: often those who are hungry, those who suffer economic deprivation, often are in this state because they are oppressed by those who might see their outward material prosperity as a sign of God’s blessing. Proverbs 30:14 speaks of those who “devour the needy from the earth, and the poor from humanity.” Material wealth and material poverty are often a product of an unjust economy.

Further, the idea that prosperity can be spoken into reality by the believer misunderstands the relationship between the human creature and God. God is not obligated, is not forced, to give us material blessing simply because we say it out loud. How else can we make sense of Jesus’ prayer in Gethsemane where Jesus asks that the cup of suffering be taken from him? It is not.

One of the deep ironies of Presbyterian aversion to the prosperity gospel is that we have our own version of it. Reformed Christians were at the forefront of the modern capitalist economy. We Reformed people took up the practice of lending money at interest with vigor and theological justification in the emerging middle class in 16th century Europe. What are the birthplaces of the Reformed movement? Zurich and Geneva. What are Zurich and Geneva known for? Swiss banks.

Furthermore, for centuries we Presbyterians have, more often than not, considered material blessings signs of God’s favor on us. And we, at least in Europe and North America, have, more than any other stream of Christianity, enjoyed the fruits of material wealth that have come as capitalism has grown.

Max Weber, the influential German sociologist and economist, argued for this positive relationship between Calvinism and western capitalism in his monumental book, The Protestant Ethic and the Spirit of Capitalism. We Reformed people are not just subject to a modern, capitalist economy. We helped create it. This economy brought forth wealth because it often rewarded those who worked hard (the work ethic), but also because it built wealth on the backs of others. The wealth of the United States grew, in great part, because of the cheap labor supply provided by African slaves.

Where do we end up?
Not all Presbyterians are wealthy. Not all enjoy the fruits of our capitalistic system. But we know that, as a group, Presbyterians are often near the top of the economic ladder in their communities. We have good theological reasons to object to the prosperity gospel. And we have good biblical backing for criticizing health and wealth preachers for fleecing their flocks for their own gain.

However, we must also be modest in our criticism of those who may not have benefited as much by our economic system who believe, for some good reasons, that God wants good things for them. Perhaps our concern over how others understand blessing should turn back on us and how we understand God’s blessings in our life. 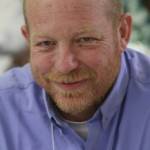 The Rev. Dr. Charles Wiley III is associate director of Theology, Formation and Evangelism for the Presbyterian Mission Agency.