Register today for the June 23 (2pm EDT) online Matthew 25 event that will look at hunger and food insecurities.
Make A Donation Click Here >
Home › Presbyterians and the 2020 census 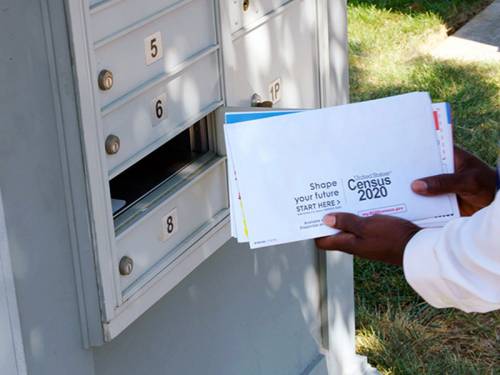 An invitation to participate in the 2020 census should be in arriving in your mailbox soon. (Photo courtesy of U.S. Census Bureau)

LOUISVILLE — Robin Bachman has three words to describe the 2020 census process, which gets under way in earnest this week with a mass mailing: it’s important, safe and easy.

This week the Census Bureau plans to begin mailing cards to American households, inviting them to participate in the census. The decennial census, established in Article 1, Section 2 of the U.S. Constitution, is important because it determines how at least $675 billion in annual federal spending is allocated, including programs from school lunches to Medicare. Census results also guide states’ redistricting efforts.

The census is safe, Bachman said, because census data are encrypted from the moment households respond online. In addition, census workers take an oath for life they won’t reveal specifics about the data they receive. In addition, they don’t share the information with immigration and law enforcement officials or workers who determine eligibility for government benefits. 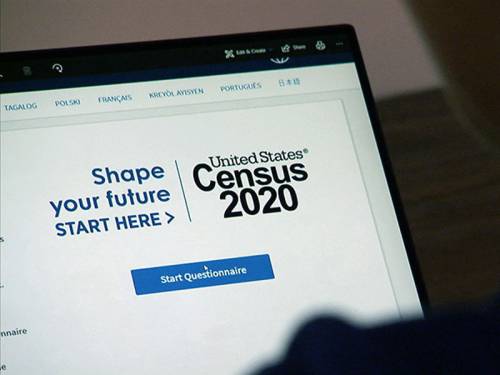 The form is simple and easy, she said. Respondents are asked how many people are in the home; whether the home is owned or rented; the sex and age of each person in the home; whether the person is of Hispanic, Latino or Spanish origin; the race of each person; and how the person completing the form relates to each person in the home. New write-in areas under race include white, black and African American. Another new option is for same-sex relationships. There are no citizenship questions, she said.

About 95 percent of U.S. households will receive their invitation by mail; most will respond online or via telephone. Less than 1 percent of the population will be counted by census employees in person. Those who are counted in person live in remote areas of states including Alaska and Maine, she said.

The Census Bureau says it missed counting about 1 million children ages 0-4 during the 2010 census. Other hard-to-count groups, Bachman said, are people who are highly mobile, racial and ethnic minorities, people not proficient in the English language, low-income people, people experiencing homelessness or who live in non-traditional housing, undocumented immigrants, those in the LGBTQ community, people who distrust the government, rural populations and people with disabilities. The Census Bureau is working to reduce the 2020 undercount, Bachman said.

An event called Faith Communities Census Weekend of Action is set for March 27-29. Pastors and other faith leaders can use the liturgy, their sermon time and other opportunities to explain the importance of the census and encourage worshipers to participate. Faith in Public Life’s toolkit for participating in the weekend of action is here.

“You can set up a census-taking station,” Herbert said. “You can do a ‘Census 101’ presentation or canvass the neighborhood.”

To Butler, a PC(USA) pastor, “democracy can never be taken for granted. It will stay only so long as we fight for it.”

“There are times when the faith community has been a little reticent,” she said. “There’s no time like the present to call people back to their better angels.”

“Together we will have a faithful census,” Herbert said. “It is our call to love our neighbor — and be counted.”