She was the National Council of Churches’ first clergywoman president 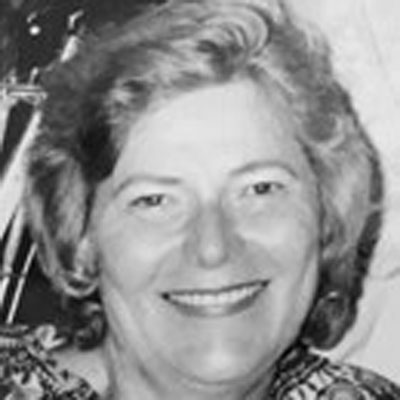 Her memorial service will be held at 11 a.m. Sept. 21 at Montreat Presbyterian Church in Montreat, N.C.

According to her obituary, Patricia Ann McClurg was simultaneously a down-to-earth Texas woman and a trailblazer. She was the only woman on a committee of 10 that wrote “A Declaration of Faith” during the mid-1970s, a document that continues to speak to worship and faith in the Presbyterian Church (U.S.A.). In 1988-89, she became the first clergywoman to be elected president of the National Council of Churches.

She wrote that she experienced a “watershed moment” in her life as a teenager, when her then all-white church shared worship one Sunday with an African American congregation and a Native American congregation. During the service, members of the Ku Klux Klan threw bricks through a church window. According to her obituary, she experienced “a deep awakening” at this moment. “From that day and throughout her adult life, Pat clearly put significant effort into striving to make things different,” the obituary stated.

“Rev. Pat McClurg demonstrated her love for Jesus, justice and ecumenical movement,” Nelson said. “She was a committed Presbyterian. As an ordained clergy she taught the love of Jesus that  calls the whole Church to do justice.”

As a Christian educator, “she taught others to teach a gospel of redemption and release from powers and principalities,” Nelson said.

After earning her Bachelor of Divinity degree from Austin Presbyterian Theological Seminary, she was pastor at two churches in her native Texas. She then served the Presbyterian Church in the United States, including nine years on the PCUS General Assembly Mission Board, ultimately as its director.

She fought racial injustice her entire life. Coretta Scott King, the widow of the Rev. Dr. Martin Luther King Jr., asked her to serve on the MLK Federal Holiday Commission and, in 1988, asked her to help emcee the 25th observance of the March on Washington. It was at that event that McClurg shared her candy bars with Goldberg and directed Jackson’s attention to a boy in the crowd who was shouting “Jesse! Jesse!” Jackson spoke with the boy.

After her arrest for protesting apartheid outside the South African embassy in Washington, D.C., McClurg spoke during a press conference on the steps of the U.S. Capitol along with Kennedy and others. When Nelson Mandela, who would become president of South Africa, was released from prison in 1990, he included McClurg in his first visit to the U.S. He expressed his thanks to Americans like McClurg who had worked hard on South African human rights issues.

She was preceded in death by her parents, Margaret and Herbert (Mac). Survivors are her sister Susan, brother-in-law Bruce, her nephew Alex and her niece Christine.

Memorial donations can be made to Montreat Presbyterian Church, Austin Presbyterian Theological Seminary, The Humane Society, or any other nonprofit whose mission is in line with McClurg’s endeavors for justice and fairness.

Condolences may be sent to www.harwoodhomeforfunerals.com.