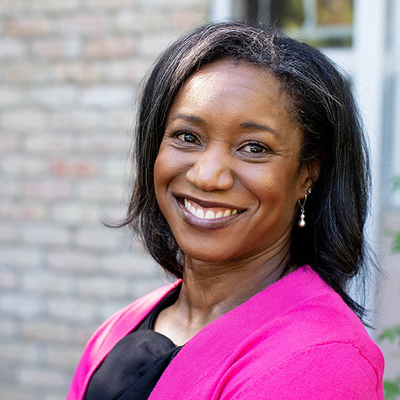 LOUISVILLE — The Presbyterian Publishing Corporation (PPC) on Thursday announced the Rev. Dr. Bridgett A. Green as the new Vice President of Publishing for PPC and Editorial Director of Westminster John Knox Press.

Green is currently Assistant Professor of New Testament at Austin Presbyterian Theological Seminary, a seminary of the PC(USA) in Austin, Texas. She will begin her work at PPC after completing the fall semester at Austin.

At PPC, Green will oversee the editorial staff for the esteemed academic, professional, and general reader imprint Westminster John Knox Press. She will guide the editorial development of the Press, including author relations, project approval, development of new series, and relations with seminaries and other academic institutions. She will also oversee the production department for the nearly 200-year-old Press. And she will assist the rest of the executive staff of the Press as they work to re-envision the Press as an antiracist publisher and organization.

“We could not have envisioned a more ideal candidate for this position,” said David Dobson, PPC’s president and publisher. “Bridgett’s scholarship, teaching experience, love of the church, and publishing experience would have been enough on their own. But her joyful presence and thoughtful nature make her an excellent colleague and a strong leader for the organization.”

Green said of her appointment, “For many years, I have been a huge fan of the Presbyterian Publishing Corporation and the resources it has produced for both the church and academy. It is an honor to be a part of such a rich legacy of excellence and to rejoin the team as the organization continues to evolve in whom it publishes, what it publishes, and how it operates.”

From 2013-2018 Green was an acquisitions editor for Westminster John Knox Press, where she edited some of the recent best-selling titles for WJK, including “An Introduction to Womanist Biblical Interpretation” by Nyasha Junior, “Womanist Midrash” by Wilda Gafney and “The Genesis of Liberation” by Emerson Powery and Rodney Sadler. She served as the Press’ editor for The Old Testament Library Series and The New Testament Library Series and has been integral in the development of a forthcoming revival of the Interpretation Commentary Series. She has written for the Connections lectionary resource, a joint project of WJK and Austin Seminary, and for the forthcoming church school curriculum Follow Me: Biblical Practices for Faithful Living.

Green will be the first woman and the first African American person in this position in the history of the Press.

Scholars and authors from across the academic guild hailed the appointment.

“Bridgett Green brings to this new position exactly the right mix of scholarly acumen, ecclesial commitment, and publishing experience. I look forward to seeing where her energetic leadership will take WJK in the years ahead,” said Dr. Beverly Gaventa, professor of New Testament emerita at Princeton Theological Seminary.

“What exciting news! Bridgett Green’s return to WJKP is timely,” said Dr. Emerson Powery, professor of biblical studies at Messiah University. “Her wisdom and attentiveness to every interaction is cherished by all.”

“As a WJK author, I am delighted to see Bridgett Green’s return to WJK. Given her experience in publishing, in the academy, and in the church, she will be a tremendous asset to their team,” added Dr. Nyasha Junior, associate professor of religion at Temple University.

Dr. John T. Carroll, professor of New Testament at Union Presbyterian Seminary and editorial board member of WJK’s New Testament Library series, said, “A coup for Westminster John Knox Press! Dr. Bridgett Green brings to her new role as Vice President of Publishing and Editorial Director extensive experience and skill as an editor, scholar, and theological educator, as well as sustained, deep engagement in the life of the church. This is very good news in the world of religious publishing.”

“Dr. Bridgett Green is one of the best editors I have ever worked with. Her experience as a knowledgeable academic researcher, seminary professor, and dedicated church person, in addition to her previous experience as an editor at WJK, gives her the balance and judgement one looks for in the leadership of a distinguished publications program. This is a stellar appointment,” said Carol Newsom, professor emerita of Old Testament at Candler School of Theology and a former editorial board member for the Old Testament Library series.

Green’s service to the denomination includes, among other things, serving as a committee assistant to General Assembly; serving on the boards of Louisville Presbyterian Theological Seminary, the Presbyterian Outlook, and the Montreat Conference Center; leading Bible study for national staff trainings; and serving in the Presbyterian Mission Agency as associate for the Racial Ethnic Young Women Together office and a coordinator in the former Office of Women’s Ministries and Racial Justice. She is a member of the Presbytery of Charlotte.

Green holds a doctorate in Religion from Vanderbilt University, with an emphasis in New Testament and Early Christianity. Her Master of Divinity is from Princeton Theological Seminary, and her undergraduate work was at Davidson College, a Presbyterian-related college in Davidson, North Carolina. Among her honors are the Luke-Acts Prize from Vanderbilt University, the Jagow Preaching Prize from Princeton Seminary, and the John I. Smith Honor Scholar at Davidson College.

Green will start her new role January 1, 2022, after completing the fall semester at Austin Seminary.