The Rev. Lukata Mjumbe, pastor of Witherspoon Street Presbyterian Church in Princeton, has been doing similar work for nearly 20 years 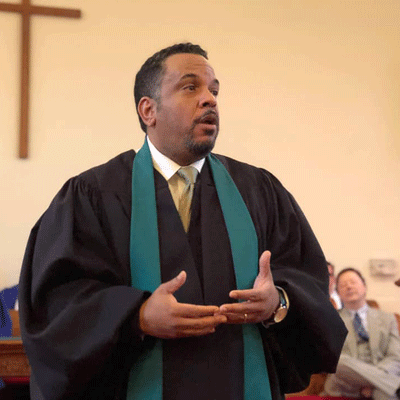 According to a news release from Watson Coleman’s office, Mjumbe will work to coordinate faith leaders’ involvement in policy advocacy efforts, special events and other activities to “ensure the needs of the community are reflected in the Congresswoman’s work.”

For almost two decades, Mjumbe has been a public policy advisor to members of the U.S. House of Representatives in states including Alabama and New Jersey. He is a graduate of Morehouse College in Atlanta, where he majored in political science, and Princeton Theological Seminary.

“It is a blessing to be called to support the dynamic and principled leadership of Congresswoman Watson Coleman in a time, season and community such as this,” Mjumbe said. “The full and effective engagement of our diverse faith communities is absolutely essential.”

“I’ve worked with Rev. Mjumbe for nearly a decade, and in that time he has displayed both a skill and passion for bringing communities together and fighting on behalf of everyday people,” Watson Coleman, a Democrat, said in the news release announcing the appointment. “I’m certain Lukata will prove a valuable member of our team as we strive to best serve the constituents of the 12th District.”

In addition to Princeton, New Jersey’s 12th Congressional District includes much of the state capital, Trenton, and other communities including Plainfield. It’s known for its research centers, including Johnson & Johnson and Bristol-Myers Squibb, as well as its institutions of higher learning, including both Princeton University and Princeton Seminary. 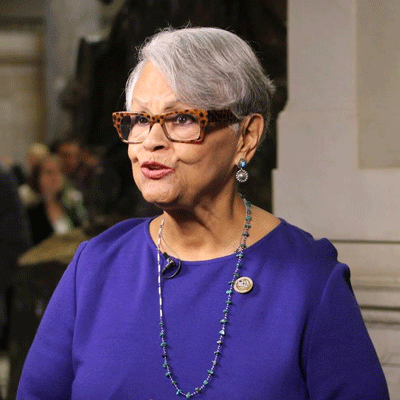 The first Black woman to represent New Jersey in Congress, Watson Coleman is a member of the Appropriations Committee; the Homeland Security Committee, where she serves as Chair of the Subcommittee on Transportation and Maritime Security; and is Vice Chair at Large of the Congressional Progressive Caucus.

Mjumbe is a veteran advocate for racial, economic and environmental justice; the protection of immigrants; criminal justice reform; and the development of public policy strategies to end community violence. As a spiritual and community leader he is “called to bring together people of different traditions who are deeply committed to freedom and justice,” Watson Coleman said in her release.