Office urges the public to contact members of Congress 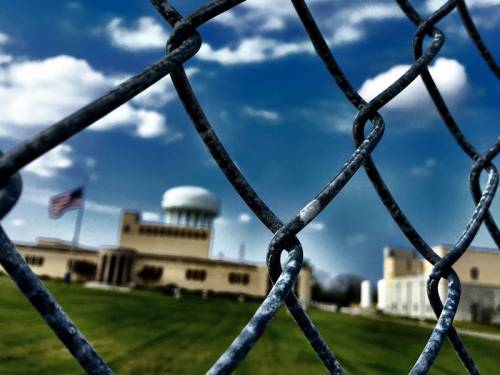 The Flint water tower is featured in the Presbyterian Disaster Assistance’s Story Ministry’s “Flint: The Poisoning of an American City.” David Barnhart

LOUISVILLE — The Presbyterian Office of Public Witness (OPW) is drumming up support for the Environmental Justice for All Act to help address disparities in communities of color.

The OPW issued an Action Alert on Monday encouraging members of the public to contact their members of Congress and urge them to support the act, which includes “concrete measures” to help protect and strengthen communities of color in the fight for environmental justice.

“By contacting your members of Congress, you will play a vital role in the passing of legislation that will improve the quality of air and water throughout our nation,” the Action Alert states. “Our actions will allow God’s love, justice and mercy to shine forth.”

U.S. Sen. Tammy Duckworth (D-Ill.) introduced the act in March. Companion legislation has been introduced in the U.S. House of Representatives by Rep. Raúl M. Grijalva (D-Ariz.) and Rep. A. Donald McEachin (D-Va.).

“In order for our nation to emerge from this deadly pandemic stronger than we were before, we must confront the fact that communities of color face public health challenges, which also make them more susceptible to the effects of the deadly COVID-19 virus, at alarming rates while too many in power look the other way,” Duckworth said in a news release. “I’m proud to be introducing this vital legislation because it would go a long way toward making real every American’s right to breathe safe air, drink clean water and live on uncontaminated land, regardless of their ZIP code, the size of their wallet or the color of their skin.”

Among other things, the act would establish several environmental justice requirements, advisory bodies and programs to address the disproportionate adverse human health or environmental effects of federal laws or programs on communities of color, low-income communities or tribal Indigenous communities, according to the Action Alert.

On average, people of color comprise 56% of the population living in neighborhoods with Toxic Release Inventory facilities, compared to 30% elsewhere, according to the Action Alert. 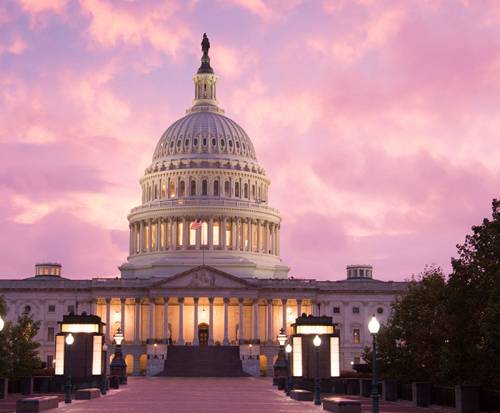 The sun sets on the U.S. Capitol Building. Getty Images

However, “too often, our government has turned a blind eye,” the Action Alert states. “Many communities, specifically communities of color, have borne the brunt of this pollution and experience devastating effects.”

The act would enable residents or groups to sue organizations that engage in environmental discrimination, according to the OPW. It also would create a fund using new fees on energy sources to support transitioning from greenhouse-gas dependent industries.

The act also would amend and strengthen the Civil Rights Act of 1964, reinforce the National Environmental Policy Act and give tribes more say in actions that might impact reservations and sacred sites, according to supporters.

“As the Presbyterian Church (U.S.A.), we understand the call to restore Creation,” the Action Alert states. “The abuse of nature and injustice to people place our future in grave jeopardy. Creation cries out in this time of ecological crisis. We must respond by supporting this important piece of legislation.”

To read the full alert and contact your member of Congress, go here.