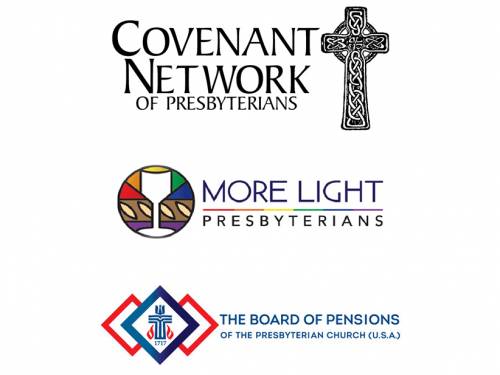 LOUISVILLE — The Covenant Network of Presbyterians, More Light Presbyterians and the Board of Pensions of the Presbyterian Church (U.S.A.) are working together to address what they are calling a “lingering injustice.” But they need your help.

According to the groups’ blog release and open letter, the root of the problem is finding people who were “legally married or in legally recognized civil unions and in which the partner who was a member of the Presbyterian Church (U.S.A.)’s pension plan died prior to 2013.”

“It may not be a huge number of people, it may not be a major statement, yet it is a statement saying we as a church are trying to find a way to make things right,” said Brian Ellison, executive director of the Covenant Network of Presbyterians.

The PC(USA) Book of Order was amended in 2013, affirming legally recognized same-gender relationships, known as “Qualified Domestic Partners.” At that time, these Qualified Domestic Partners — either married or in civil unions in jurisdictions where it was legal — became eligible for Board of Pension offerings, including survivor pension benefits. Following the recognition of same-gender marriage by the U.S. Supreme Court in 2015, the Board of Pensions has required a marriage certificate for spousal benefits regardless of gender.

Saying, “We know that LGBTQ Presbyterians have diligently served God in the PC(USA) all along. Before the change in ordination policy in 2011,” the groups have identified one potential recipient of survivor benefits. The example of Shannon Clarkson contained in the open letter outlines the groups’ core concerns:

Shannon Clarkson and [the] Rev. Dr. Letty Russell met in 1974 and began living together in 1975. In 2005, they celebrated their civil union in Connecticut in a ceremony with friends in their home. In 2007, Letty passed away. Letty began her service in the PC(USA) at the East Harlem Parish in 1951. Most likely, payments on her behalf into the pension plan started then, too.

Shouldn’t Letty’s beloved partner of 32 years receive the equivalent survivor benefits? How many Shannons are there out there? We need to know to get this right!

According to Alex McNeill, executive director of More Light Presbyterians, finding potential beneficiaries is necessary for the next steps of the process. “The Board of Pensions wants to work with real numbers, and they can’t do that without the defined universe,” he said. “It’s not as simple as ‘let’s give folks the money they would have gotten’ because of the way the laws are.”

The Rev. Frank Spencer, president of the Board of Pensions, is well aware of the legal and information barriers that need to be breached before benefits for this group can be provided.

“By definition, the Board doesn’t have a list of these people because they were never enrolled,” he said, noting that many LGBTQ clergy were not public about their sexuality or partnered status because of potential ecclesial disciplinary action. “But as this population can be identified we’ll work to figure out what the benefits should be on a case-by-case basis. It depends on what the deceased spouse benefit would have been along with the age of the survivor, so we’d have to figure out on an actuarial basis for each person.

“We’ve committed to do this work and stand behind it,” he said. “We’ll take the future risk of that being wrong and we’ll administer these benefits through the lifetime of the recipient. We’re not going to take an administrative fee to add these participants.”

Once beneficiaries have been identified, the groups face another challenge — raising the funds to cover survivor benefits. Because the Book of Order prevented legally recognized same-gender partners from joining the Board of Pensions prior to 2011, the groups recognize that the funds to provide these benefits are not available from existing pension dollars.

“The way the [pension] trust is written, 100 percent of the pension is owned by 100 percent of the participants,” Spencer explained. “So, if this person was never legally part of the plan, then we can’t take dollars from the plan and give it to someone who wasn’t in the plan.”

“The solution will be different if it is one or 50 people,” said Ellison. “I’d like to believe there is support in the PC(USA) for taking care of this group of people who, in most cases, will be older and have gone through a lot. Whether that comes from some as of yet determined funds that have been contributed over the years or some new form of donation, we don’t yet know. … For those who did everything they could have, but just weren’t allowed [to enroll in the Board of Pensions], we want to open it up for them.”

Reviewing the early history of same-gender Board of Pension enrollees — less than 60 same-gender partners joined the plan in the months following January 2013 — Spencer believes that neither the number of people who will be identified nor the funds needed to cover these lifetime benefits is large. But no matter the outcome, he said the Board of Pensions will honor its commitment to provide pensions to these partners.

“The church has always believed marriage is a union blessed by God,” he said. “So the faithful place to be is with this effort to identify people who had entered into this covenant.”

“What’s exciting about what’s happening now is the momentum that exists between Covenant Network, More Light and the Board of Pensions,” said McNeill. “We can’t go back and change history, but we can fortunately make a better future.”

If you know a surviving spouse of LGBTQ clergy who passed away before 2013, please contact the Rev. Janet Edwards at revjanetedwards@gmail.com.