When the personal becomes pedagogical 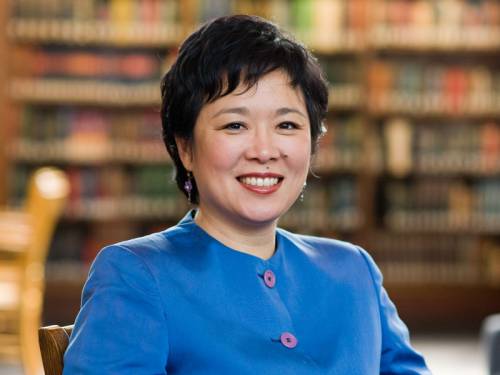 LOUISVILLE – For Dr. Su Yon Pak, the “personal” is not only political but also profoundly pastoral, prophetic and pedagogical.

“My personal always informs my professional, and vice versa,” says Pak, senior director and associate professor for Integrative and Field-Based Education at Union Theological Seminary in the City of New York. “The way I do my teaching and research is to start by saying, ‘If I’m asking myself certain questions in response to a life experience I’m going through, what does it mean for us to train today’s religious leaders in that area?’ Going through an experience helps me to teach about it.”

Most recently, Pak — a ruling elder at First Presbyterian Church in the City of New York — became interested in aging and in Alzheimer’s Disease while caring for her mother, who died of the disease in March of last year, and her father, who died of pneumonia seven years ago while living at her home.

“Although my father and I didn’t have ‘the conversation,’ ” Pak says, referencing the kind of frank talk that health care professionals and spiritual leaders advocate, especially as family members near the end of life, “because I knew his values through my interactions with him, I was able to negotiate with my siblings with very little conflict. My father’s last gift to us as he was dying was that he passed away before his breathing tube would have had to be removed, as we had decided to do.”

As Pak began to research and later write on the subject of aging parents, she discovered the work of The Conversation Project (TCP), a public engagement initiative whose watchwords are, “It’s not only about dying but about living. It’s not about ‘what’s the matter with you’ but about ‘what matters to you.’ ”

Over the course of the next two years, starting in the fall of 2017, Pak began working with her colleagues the Rev. Dr. Yvette D. Wilson-Barnes, associate dean of student affairs, and the Rev. Dr. Jane Huber, visiting professor and director of Practices of Ministry and Vocational Development, to incorporate TCP’S mission and vision — along with broader issues around death and dying — into Union’s field education curriculum as well as its academic, religious and student life. At the same time, she is actively pursuing the next phase — creating a model that can be shared with and adopted by other seminaries.

The now comprehensive program — which has included everything from informal talks to traditional, continuing education courses — will culminate in a “Reimagine End of Life week,” Oct. 29 through Nov. 1, during which some of Union’s daily chapel services will focus on end of life. There will also be an opportunity on campus that week for students, staff, faculty, alumni/ae and others to engage in “Conversations I Wish I Had,” a national touring initiative hosted by Morgan Brown, in which people are invited to have conversations with deceased loved ones.

In light of Union’s historic commitment to social justice, Pak has also identified a need to engage not only that people die but how they die. “Although death is an equalizing force, there is an inequality to how we die,” she says. “For some communities, whether it’s due to lack of access to health care, gun violence or systematic devaluing of their lives, the threat of ‘death out of season’ is pervasive. We need to acknowledge and address that inequality even as we help prepare people to have their end-of-life care wishes be expressed.”

In working with younger people, Pak often finds that they “can’t relate” to death and dying because they see it primarily as an aging or terminal illness issue. “The integrative approach we have adopted not only brings home the urgency around end-of-life issues for themselves and their families,” she says, “but it also teaches our students how to begin to introduce the subject into their faith communities. Ultimately, as The Conversation Project so aptly expresses it, it’s about ‘what matters to you, not what’s the matter with you.’”

Emily Enders Odom is Director of Alumni/ae Relations at Union Theological Seminary in the City of New York.