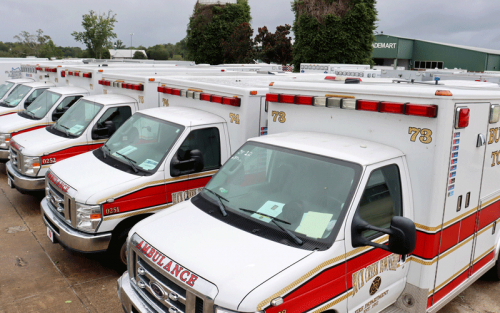 Before Ida made landfall on Sunday, ambulances were staged outside of Baton Rouge, Louisiana. (Photo courtesy of the Federal Emergency Management Agency)

Kirk was clearly there to discuss what is now Tropical Storm Ida, which as a Category 4 hurricane made landfall Sunday near Fourchon, Louisiana, killing at least two people and necessitating many rescues, knocking out power to more than one million people and incurring widespread flooding as it continues its way northeast, across other presbyteries beyond landfall in the Presbytery of South Louisiana and into Mississippi, Alabama and beyond.

“We’re in a good place to hear from PDA when tornadoes strike, and we have our fair share of flooding,” Burns Lewis told Wiebe and Rogers just before Kirk joined the program. “I think PDA does some of the best work of our denomination without question. The proof for us in Wabash Valley is sometimes PDA knows about disasters [such as river flooding] before we do. They are quick and on the spot, and they mobilize people so quickly.”

While Ida’s landfall and continued destructive capabilities presented “a great opportunity” to offer thoughts and prayers, it was also a good time to direct contributions to PDA, she said. “They can leverage response and assistance so quickly.” Online donations in response to Ida can be made to PDA by clicking here. 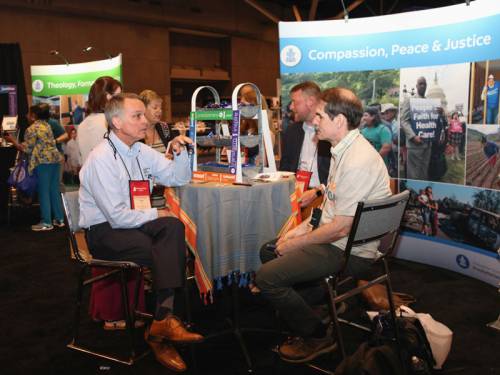 Kirk said he’s been in contact with Richard Williams, interim general presbyter of the Presbytery of South Louisiana, who’s safe in Texas, where he’s coordinating ministry to churches in the presbytery he serves. Kirk said he and PDA’s director, the Rev. Dr. Laurie Kraus, were in the presbytery recently talking to Williams and others about the seven named storms from 2020 and freezing and flooding events that struck the region in March of this year.

PDA will continue to respond with the long view in mind, Kirk said. “People are still recovering from Katrina,” which made landfall 16 years to the day that Ida struck Louisiana. “Funds given to PDA help us remain engaged until everyone is whole again.”

Asked by Rogers how weather disasters like Ida can exacerbate the impact of COVID-19 in Louisiana, Kirk said reports that came out even before Sunday indicated that most area hospitals and their intensive care units were already full. Ida blew the roofs off of at least two hospitals.

“It gets complicated,” Kirk said. Following Katrina, the Red Cross opened a congregate care shelter in the Superdome in New Orleans, a strategy that obviously would not be safe in the pandemic age. Non-congregant shelter in the form of hotel rooms is being put to use for survivors, workers and evacuees, but the supply of available rooms isn’t sufficient, Kirk said.

“Seven named storms in 2020 and freezing and flooding. There was a lot of vulnerability [in South Louisiana] before Ida was ever formed,” Kirk said. 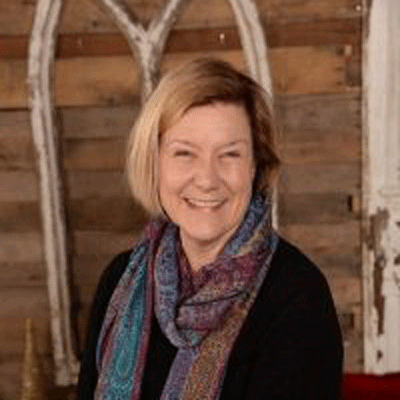 The Rev. Jennifer Burns Lewis is visioning and connecting leader for the Presbytery of Wabash Valley.

“We don’t know how to respond, but we know you know how,” Burns Lewis told Kirk. “I know that from my colleagues across the nation.” One, the Rev. Dr. Daris Bultena, the General Presbyter and Stated Clerk for the Presbytery of Tropical Florida, has often said he and his colleagues depend on PDA not only for disaster response but for disaster planning, Burns Lewis said. “Y’all are important partners in that as well,” she told Kirk.

Kirk said the years he spent in parish ministry before coming to PDA taught him that when people are impacted by a disaster, what they most fear is not the event but being alone afterward. “We have learned that from all of you who have been in presbyteries and been impacted,” Kirk said.

Kirk called Ida a “multi-presbytery, multi-synod, multi-faith event that is still unfolding, and he ticked off presbyteries, including the Presbytery of the Pines, Presbytery of South Alabama, North Alabama Presbytery, Presbytery of Sheppards and Lapsley, and others “to please keep in mind. Flooding could do much more damage.”

Gifts to PDA can help ensure equitable distribution of resources, Kirk said. “Sometimes the first images on the media get all the attention,” he said. “A week later you find out another community is devastated,” but people’s attention has moved on. “An organization like PDA can make sure those most in need, those historically disenfranchised, are heard,” he said.

Asked by Wiebe and Rogers what she’ll be preaching on this Sunday when she journeys to Christ Presbyterian Church in Winfield, Indiana, Burns Lewis said she plans to focus on Mark’s account of the faith of the Syrophoenician woman.

“The passion and determination of that woman’s plea stand out to me in the midst of so much suffering,” Burns Lewis said. After 18 months of ministering during a pandemic, “there is a weariness about all of this that makes it challenging to be as determined as this woman is. I admire her passion, faithfulness and quick-wittedness. She calls Jesus out, and that’s who I want to be when I grow up.”

“That’s who I want to be before then — passionate and faithful in the face of suffering, the suffering I know about, or my neighbor’s suffering or suffering far away.”

The sermon’s working title is “What it means to change our tune.”

“Jesus changed his tune in this story, and surely we can too,” Burns Lewis said. “This woman dared so much. It was her faith that healed her daughter. I’m psyched about this passage.”

Because of the Labor Day holiday on Sept. 6, “Between Two Pulpits” will next air at 1 p.m. Eastern Time on Tuesday, Sept. 7. Find it on the Special Offerings Facebook page here.