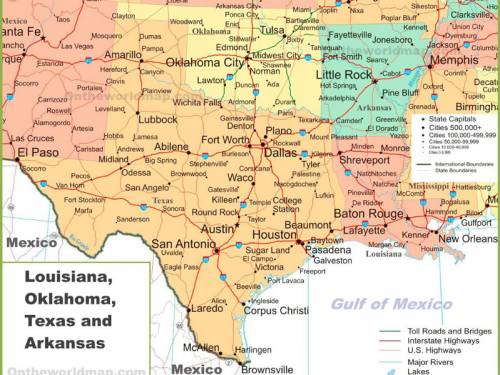 Governors of Oklahoma and Arkansas have requested emergency declarations following heavy rainfall and flooding. Presbyterian Disaster Assistance is in contact with affected presbyteries.

LOUISVILLE — Presbyterian Disaster Assistance is in contact this weekend with presbyteries in states in the lower Midwest, where flooding and tornadoes have impacted communities and forced evacuations.

Jim Kirk, PDA’s associate for disaster response in the United States, said Saturday that affected presbyteries were assessing flood damage brought on by heavy rainfall in the Missouri and Illinois River basins as well as the upper and middle portions of the Mississippi River basin.

Oklahoma Gov. Kevin Stitt requested an emergency declaration Friday for each of the state’s 77 counties.

Arkansas Gov. Asa Hutchinson also declared a state of emergency for affected portions of that state.

An emergency declaration for previous flooding has been approved in eight Montana counties, FEMA said. Declaration requests have been made for five counties plus the Nez Perce Reservation in Idaho and for 19 counties in North Dakota.

Donations to Presbyterian Disaster Assistance’s General Relief and undesignated support may be made here. For disaster response gifts regarding U.S. flooding, note the account DR000191.