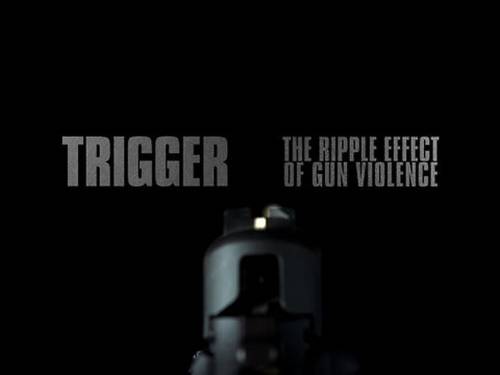 LOUISVILLE – While authorities try to determine what led 64-year-old Stephen Paddock to open fire on a crowd of people in Las Vegas Sunday night, Presbyterian Church leaders and pastors are reaching out to congregations and those impacted by the tragedy.

Presbyterian Disaster Assistance is sending a National Response Team to Las Vegas to meet with presbytery leaders and pastors to help determine the best ways to minister to families in the weeks and months to come. As many as 59 people are dead and more than 500 injured in the shootings that occurred during an outdoor concert.

Church leaders, including the Rev. Jimmie Hawkins, director of the Office of Public Witness in Washington, have spoken out on the violence in Las Vegas.

“Our outrage cannot be contained. Our sadness cannot be lifted. This has gone on for far too long. We mourn with those who have lost family members, friends and colleagues. We pray for healing for the injured both physically and mentally,” said Hawkins. “We pray for our nation where there are more guns than people. Each week we learn of a new victim to gun violence and not even our children are immune to gun-inflicted wounds.

Hawkins said churches can respond by praying and actively working for the passage of gun safety legislation.

“The American people are overwhelming in favor of background checks. After the 2014 massacre of Sandy Hook the White House assembled a task force that came up with several proposals. It called for a reinstatement of the assault weapons ban and restoring a 10-round limit on ammunition magazines,” Hawkins said. “It also proposed universal background checks and for gun trafficking to become a federal crime. These are proposals which would not only limit the number of dangerous weapons available, but would only make our nation a safer place for our children.”

Hawkins says this is not a matter of politics but of faith and morality. He encourages Presbyterians to contact Congressional representatives and urge them to support gun safety legislation.

The Rev. Bob Kelley is the new moderator for the Presbytery of Nevada. His first official act was to write a pastoral letter following the shootings.

“With the tragedies in Houston, Florida, and in the Caribbean and Puerto Rico, with the terrorist acts in Canada and Marseille, we have become somewhat numb,” he writes. “But with such an act of violence right in our back yard, in Las Vegas, it is no longer possible to be numb anymore.”

Kelley writes that as Christians “we know that Jesus our Lord will overcome tragedy.” He said it will still be difficult for victims and their families to believe it right now.

“With the large number of victims and family members, there is a certainty that some will be known to members of our churches and may even be members of our churches,” he said. “I know that on my Facebook account three of my Friends in Las Vegas posted a safe status which leads me to suspect they were there. We will all be affected somehow.”

Las Vegas pastors have mobilized efforts to provide assistance at local hospitals and trauma centers, providing food and counseling to families of those recovering from injuries. Several churches held vigils last night to remember the dead and wounded.

In the meantime, the Presbyterian Mission Agency has developed a number of resources for churches to help congregations deal with tragedies like the Las Vegas shootings. Among them is the documentary “Trigger,” produced by Presbyterian Disaster Assistance.

“It’s been several years since we originally began work on the film and we are constantly getting requests to screen it. I feel the narratives in Trigger are timeless because the film humanizes the issue and lifts up the human story of how gun violence in the U.S. is impacting our families, communities and society,” said David Barnhart, the film’s producer/director. “Gun violence is a public health crisis and the voices in Trigger seek to swing the conversation away from rigid ideology and extremes on all sides, to a new place of common ground, compromise and change.”

The film includes interviews with people who have been directly impacted by gun violence. To schedule a showing of the documentary, send an email to: disaster@pcusa.org.

Other resources, developed by the Presbyterian Peacemaking Program and Office of Public Witness, are also available. Click here for more information.

Presbyterian Disaster Assistance is able to respond quickly to emergencies because of gifts to the One Great Hour of Sharing special offering.

You can assist PDA in responding to acts of Public Violence by donating to the following fund: https://pma.pcusa.org/donate/make-a-gift/gift-info/DR000188/.