Many are viewing worship services from multiple churches, and millions head outdoors or watch a movie to cope with the pandemic 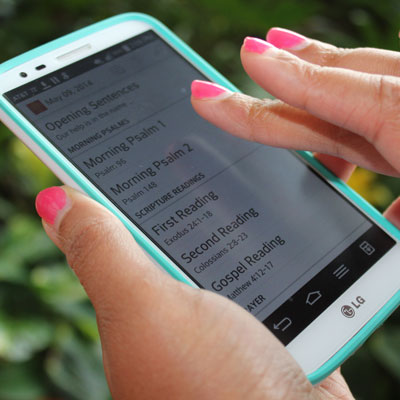 Nine in 10 of more than 10,000 people participating in a recent Pew Research Center survey said they were very or somewhat satisfied with online services they’ve watched during the pandemic.

LOUISVILLE — Nearly eight in 10 Americans say houses of worship should be required to follow the same rules about social distancing and large gatherings as other organizations and businesses in their local area, a Pew Research Center survey released Friday states.

While left-leaning respondents say they are more likely than those who lean to the right politically to say houses of worship should be required to follow the same social distancing rules as other organizations, a two-thirds majority of Republicans also expressed this view.

More than 8 in 10 people who attend religious services said their congregation should either be closed altogether or open only on a modified basis. Among the most commonly mentioned modifications were staying 6 feet apart during worship (51%), requiring masks (44%), limiting the number of worshipers (41%) and limiting singing (29%).

Seventy-nine percent of worship attendees surveyed said their house of worship is streaming or recording its services.

The survey finds little indication that the pandemic will result in large-scale changes in Americans’ worshiping habits in the future. More than 8 in 10 said that when the coronavirus outbreak is over, they’ll either attend at about the same rate as they did before the pandemic or that they didn’t attend before the outbreak and don’t plan to once it’s over. Ten percent said they plan to attend more often; 5 percent said they planned to attend more infrequently.

According to survey results, coronavirus does not seem primed to usher in a permanent rise in virtual worship. Twenty-eight percent of respondents said they plan to watch online services less often rather than more often (19%) after the pandemic passes.

The vast majority of U.S. adults who’ve watched services online during the month before the survey was taken (July 13-19) said they were “very” (54%) or “somewhat” (37%) satisfied with the services that they’d watched.

Most of those surveyed said they have watched services offered by another community of faith — 29% exclusively and 30% along with services from their own congregation. Four in 10 said they watched only their own house of worship’s services. Nearly half said they’ve watched online or televised services before the outbreak.

About 4 in 10 said they’d recently heard a sermon expressing support for Black Lives Matter protests, while about a quarter of those surveyed had heard a sermon in opposition to the protests. Four in 10 said they heard from clergy about the importance of voting, protesting or other forms of political engagement.

Although older adults are at a higher risk for severe illness from COVID-19, the survey found that older worshipers are no more or less likely than younger ones to say they feel safe attending in-person services right now.

Most worshipers said they have not changed the amount of money they donate to their house of worship since the outbreak. Among those who had changed their giving, 18% said they’ve donated less money than they normally would; 8% said they’re giving more than they did before.

About 4 in 10 said they’ve helped friends or neighbors by delivering groceries, running errands or caring for their children as a result of the pandemic. Nearly 1 in 5 people said they’ve turned to family or friends for help with bills, housing or food.

To help cope with the outbreak, more than 7 in 10 surveyed said they watch TV or movies, and more than half said they spend time outdoors on a daily basis. About 4 in 10 said they pray and about 3 in 10 said they talk with family and friends on the phone or via videoconference or exercise daily to help them cope. About 1 in 6 said they read Scripture or meditate, while 2% said they do yoga.