The Racial Ethnic & Women’s Ministry of the Presbyterian Church (U.S.A.) has named the recipients of the 2016 Women of Faith Awards at the Presbyterian Mission Agency Board in February at its meeting in Louisville.

Lucy Apatiki, Sarah Noble-Moag and Clarissa Walker Whaley, all Ruling Elders in the PC(USA), were approved following recommendations from the Women of Faith committee. Nominations are received from throughout the church.  A committee of representatives from groups related to the mission agency’s Racial Ethnic & Women’s Ministries ministry area and the Presbyterian Mission Agency select honorees.

The three women will be honored at the Women of Faith breakfast on Sunday, June 19, during the 222nd General Assembly in Portland, Oregon.  The theme for this year’s awards is “Women Building Bridges of Reconciliation.”

“Reconciliation has been described as the changed relationship for the better between persons or groups who formerly were at enmity with each other,” said the Rev. Dr. Rhashell Hunter, director of Racial Ethnic & Women’s Ministry of the Presbyterian Mission Agency.  “At the Women of Faith breakfast, we will demonstrate and proclaim God’s reconciliation and recognize these three women who have built bridges of reconciliation in their communities.”

The awards honor female members of the PC(USA) whose lives exemplify their Christian commitment through witness, service and leadership. The 2016 Women of Faith awardees are: 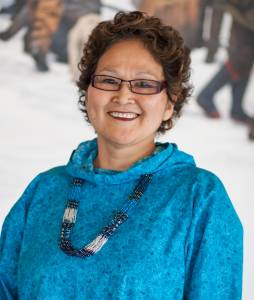 Apatiki is a member of the Gambell Presbyterian Church, where she served as Commissioned Ruling Elder of the church for many years. Apatiki was the driving force behind the reconciliation event between the people of Gambell and the Presbytery of Yukon. A fracture between the church and the community had existed since the late 1890s.

Her leadership led to the healing of wounds caused by the early Presbyterian Church’s now-discredited mission policy that sought to stamp out native language and culture as part of the church’s evangelization efforts in Alaska. The healing efforts resulted in the 2012 New Beginnings reconciliation event.

As a sociologist and addiction counselor for the Norton Sound Health Corporation, she combines the practical aspects of service as counselor and sociologist with the theological calling of service. Her ongoing efforts in prayer and Bible study, intertwined with her compassion for people trapped by addiction, generational trauma, and other sociological ills, gives Apatiki a holistic understanding of the community’s needs, and of the opportunities God provides for responding to those needs. 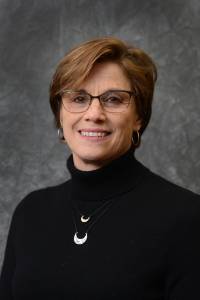 Sarah Noble-Moag, Pavilion, New York, Presbytery of Genesee Valley
Noble-Moag is an elder in the Covington Presbyterian Church and has served on the Committee on Ministry and Migration Working Group—a forum on immigration reform—for the Presbytery of the Genesee Valley. In her position at Noblehurst Farms, she focuses on human resource management, working with employees from the local community, Hispanic/Latino-a immigrants, and Bhutanese refugees.

She has built bridges of reconciliation in her community through the personal relationships she has developed with immigrants and refugees.  She welcomes these new neighbors and helps others to do the same, by seeking to understand their home communities so as to best support and empower their transition to the United States.

From organizing flu clinics and providing transportation for medical care to ensuring that employees have a safe, just, and equitable work environment and that immigrant children have equal access to the Universal Pre-K program, Noble-Moag has witnessed to her faith and understanding, strengthened her rural community, and taught others to build relationships across cultural dividing walls.

Whaley serves as a ruling elder at the historic St. James Presbyterian Church (U.S.A.) in Charleston.  In 2011, she was appointed moderator for the Charleston-Atlantic Presbytery.  In that role, she helped guide congregations in the presbytery through the discernment process as they weighed whether to leave the PC(USA) because of theological differences within the denomination.   Ultimately only one congregation sought dismissal, while the others reconciled all issues and remained in the presbytery.

As a victim services professional for the United States Department of Justice-Office of the US Attorney for the District of South Carolina, Whaley serves the needs of crime victims through referral services, advocacy education, and community outreach. Most recently, she spent intimate moments with victims from the mass murders at Mother Emmanuel AME Church.

Whaley serves with compassion while providing hope and healing to those who face the harshness of society. She promotes healing among victims and participates in the restoration of confidence in humankind. Whaley walked with those who offered forgiveness for the horrific crime committed June 17, 2015 in the city of Charleston.