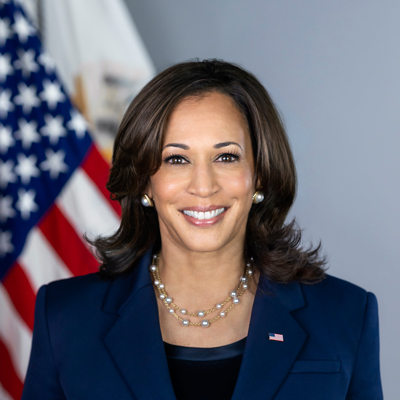 LEXINGTON, Kentucky — The Presbyterian Church (U.S.A.) Office of Public Witness joined 16 other faith, humanitarian, and civil society organizations in signing a letter to Vice President Kamala Harris ahead of her trip to Mexico and Guatemala Sunday and Monday to address the issues that lead tens of thousands of Central Americans to come to the United States.

“Your upcoming visit is an important moment to underscore that protecting human rights, addressing corruption, and standing with the human rights defenders and communities organizing for change must be central to U.S. strategy towards the northern countries of Central America and Mexico,” the letter, signed by other organizations including Bread for the World, the Latin American Working Group, and Oxfam America, says in its first paragraph.

The five-page letter goes on to compliment the administration of President Joe Biden and Vice President Harris for pledging to ensure a fair, orderly, and humane immigration system and some initial steps the administration has made since taking office in January. But it also emphasizes that the signatories are watching that promises are kept and critiquing areas where U.S. and foreign policy could be improved.

“After your conversations with the presidents of Guatemala and Mexico, media reported U.S. support for a Guatemalan border taskforce and increased migration enforcement in Mexico,” the letter said. “We are concerned that U.S. support for harsh migration enforcement with countries in the region will force individuals seeking protection to make more dangerous journeys and expose them to increased human rights violations. Instead, we urge you to encourage humanitarian responses from other regional governments that recognize the rights of families, men, women, and children to seek international protection and help ensure their safety in transit.”

Biden appointed Harris to lead the administration’s response to the root causes of migration from Central America, similar to a role then-Vice President Biden had in the later years of the administration of then-President Barack Obama. On Harris’ trip, she was scheduled to meet with  Mexican President Andrés Manuel López Obrador and Guatemalan President Alejandro Giammattei, as well as other government and business leaders, according to NPR.

The group letter continued on a theme of emphasizing humanitarian aid over punitive enforcement to address issues raised by migration, particularly when it comes to families and children. It also said the relationship between the U.S. and Mexico must be about more than migration.

“Addressing significant human rights, citizen security, gender-based violence, rule of law and corruption challenges in Mexico must also be central to the U.S.-Mexico relationship,” the letter states. “We encourage the U.S. government to consult with human rights defenders in Mexico who have been increasingly under threat and lack government protection.”

The last couple pages of the letter were devoted to post-trip asks, including:

The letter concluded, “We believe that if the United States government follows these strategies, recognizes that this requires a long-term commitment, and regularly consults with civil society organizations in each country, U.S. assistance and diplomacy can make a valuable contribution to ensuring the conditions for people to live safe and dignified lives in the region, so that migration becomes just an option — and not a strategy for survival.”