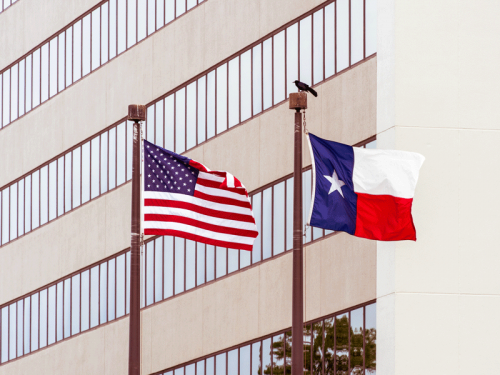 A restrictive new anti-abortion law in Texas prompted the PC(USA) Office of Public Witness to call on Congress to protect abortion rights. (Photo by Avi Werde on Unsplash)

“At the 220th General Assembly in 2012, Presbyterians affirmed policy on reproductive justice, citing that we believe states should not be involved in creating hurdles to accessing abortion,” the Action Alert from the Presbyterian Church (U.S.A.)’s Capitol Hill-based office states. “The policy specifically states, ‘no law should impose criminal penalties against any [person] who chooses or physician who performs a medically safe abortion…, and no law should sanction any action intended to harm or harass those persons contemplating or deciding to have an abortion.’”

The call comes in the wake of several states advancing restrictive abortion bans, particularly Texas, where an abortion law widely regarded as the most restrictive in the country went into effect Sept. 1. The law bans abortions after six weeks for any reason, including rape and incest, and enables private citizens to sue anyone who aids or abets an abortion, with a $10,000 reward on top of legal fees, if their case is successful.

“These laws unlawfully contradict the historic Roe v. Wade Supreme Court decision, which confirmed a pregnant person’s constitutional right to choose whether or not to terminate during the early months of their pregnancy,” the Action Alert says. “This decision was pivotal in advancing reproductive rights and exemplified reproductive justice for the first time in our nation’s history. Birthing people have a right to bodily autonomy and unrestricted access to comprehensive health care.

“These recent laws pose a direct threat to those rights.”

The alert also cited policy passed by the 182nd General Assembly of the United Presbyterian Church in the U.S.A., a predecessor to the PC(USA), in 1970 that stated, “the artificial or induced termination of a pregnancy is a matter of careful ethical decision of the patient … and therefore should not be restricted by law.”

Since the U.S. Supreme Court’s Roe v. Wade decision in 1973, many evangelical Christian denominations and organizations have constituted the base of the anti-abortion movement. But in citing policy, OPW offered a different faith-based perspective on the issue.

“The Presbyterian Church (U.S.A.) has long held that ‘God alone is Lord of the conscience’ and has endowed all humans with the moral agency to make choices,” the Alert states. “This is no less true for those making decisions about whether and when to have children.”

The Alert asks people to contact their representatives in the U.S. House and their U.S. senators to call for “comprehensive abortion protections.”

“I believe that all life is precious to God,” a sample text for a message to legislators says. “I also believe women and birthing people have the right to make reproductive choices, which should not be restricted by law.”

Go here to sign up for Action Alerts from the PC(USA) advocacy ministries.