Office of Public Witness calls for support of the For the People Act, which includes voting reforms 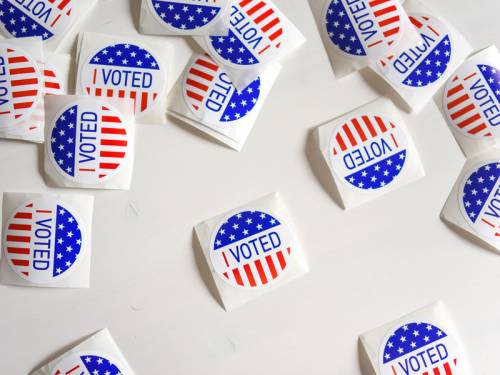 LEXINGTON, Kentucky — The Presbyterian Church (U.S.A.) Office of Public Witness is calling on people to support a democracy reform package that has just been reintroduced by the House of Representatives.

The For the People Act (H.R. 1) was originally introduced and passed by the House at the beginning of the 116th Congress in 2019, but was never brought up in the United States Senate. According to its text, the bill would “expand Americans’ access to the ballot box, reduce the influence of big money in politics, strengthen ethics rules for public servants, and implement other anti-corruption measures for the purpose of fortifying our democracy, and for other purposes.”

The Rev. Jimmie Hawkins, Coordinator of the Office of Public Witness (OPW) on Capitol Hill, said, “H.R.1 is vital because there is a desperate need for federal legislation to strengthen and, more so, to promote voting as a right for every American. I am very optimistic that the 117th Congress will give this, and similar legislation, a greater chance for passage.

“Without a doubt, it will get further than before with the new Senate majority. I think that it will be picked up by the new majority leader and put to a vote in the Senate. There is a potential opportunity to negotiate a compromise with moderates on both sides.

The bill is being reintroduced at a time of fundamental change in Washington with the impending inauguration of President-elect Joe Biden and Vice-President-elect Kamala Harris and the U.S. Senate shift to a Democratic majority.

The Action Alert cites Lift Every Voice, a policy approved by the 218th Presbyterian Church (U.S.A.) General Assembly in 2008 that said “to deny anyone a fair vote is a sin.”

“Denying equitable and safe access to voting is a sin and fundamentally goes against our Reformed Christian belief,” the Alert says. “Every person deserves an equal voice in our democratic system. As people of faith, it is our collective call and responsibility to fight against an unjust democratic system and ensure equitable access to voting for all.”

In the fall of 2020, the Presbyterian Church (U.S.A.) reaffirmed its commitment to voting and access to the ballot through several initiatives, including the Presbyterian Voting Campaign, which specifically aimed to engage, educate, and motivate people to vote, particularly people in marginalized communities. Hawkins says OPW supports expanded access to the ballot, which many states enacted in 2020 due to the COVID-19 pandemic.

“With all of the different methods — mail-in, absentee, in-person — working so effectively, ballot access will be on everyone’s mind,” Hawkins said. “Members of Congress are also impacted by the movement in states to protect the right to vote, passing bills making it easier to vote.”

The OPW Action Alert through Voter Voice gives people tools to contact their congressional representatives to urge them to support the act.