Professor and author teams with intersex advocate to discuss liturgy, advocacy and more

LOUISVILLE — The psalmist’s assurance, “for I am fearfully and wonderfully made,” and the Acts account of Phillip baptizing the Ethiopian eunuch were among the Scriptures held up during the most recent edition of “A Matter of Faith: A Presby Podcast,” which can be heard here. The guests of hosts Simon Doong and the Rev. Lee Catoe, Dr. Stephanie Budwey and Marissa Adams, enter the conversation at the 28:20 mark.

Budwey is Luce Dean’s Faculty Fellow Assistant Professor of the History and Practice of Christian Worship and the Arts at the Divinity School at Vanderbilt University, which is also where Catoe earned a Master of Divinity degree. Adams is an intersex advocate with interest in the intersection of intersex, faith and religion. Budwey is the author of the recent book “Religion and Intersex: Perspectives from Science, Law, Culture and Theology.”

In addition to providing people education and advocating for intersex people, including the end of medically unnecessary surgery, allies in the faith community can help just by being thoughtful about liturgy, according to Budwey. 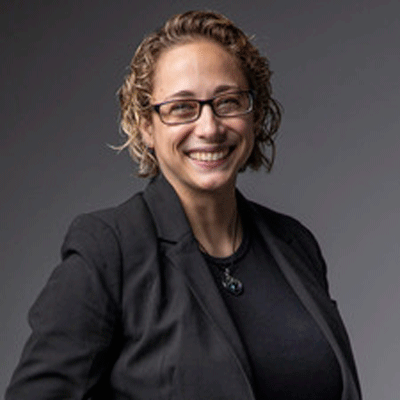 Budwey advocates “for taking care of the language used in worship. Say things like ‘brothers and sisters and siblings’ so that all folks are included,’” she suggested.

The same goes for suggested language about God: feminine, masculine and non-gendered language can all be ascribed to the Creator.

“We bring our full selves to worship, and that’s a gift to our faith,” Catoe said.

Intersex has been around since human beings were created, Adams said, adding, “It has been helpful for me to know that intersex is not something new.” The realization we are fearfully and wonderfully made “refers to everyone,” Adams said.

Over the last several years, Adams, who works for both interactACT Advocates for Intersex Youth and InterConnect Support Group, has appreciated “a movement showing the positives, strengths and resilience of the intersex community. Yes, there’s a lot of trauma and stigmatization of intersex people and horrible treatment in the medical community. But there are good things as well.”

One is Intersex Awareness Day, which is celebrated Oct. 26. 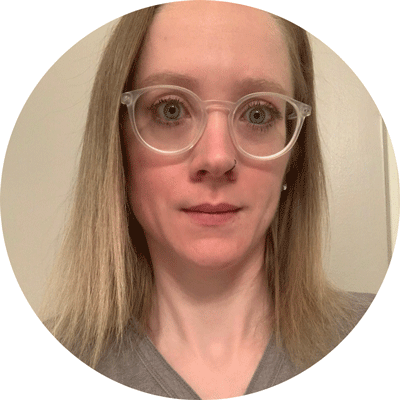 “For faith communities, I hope with some education it will change things,” Adams said. “There ware people doing this work professionally,” including Budwey, she said. “I think religious leaders can look to that for inspiration.”

In her book, Budwey talks about “a theology of both/neither, which recognizes that intersex people exist and are made in God’s image.” That includes a celebration “of the diversity and multiplicity of God’s Creation. I think that’s something in our churches we can celebrate, the diversity of the Body of Christ, that we are all so very different, and to honor those differences.”

Budwey teaches her students “that worship is a rehearsal for life and for bringing the kin-dom from heaven into Earth” and to “make worship and our Earth a place where difference is celebrated and folks’ identities are celebrated, but they’re not oppressed for how they identify, who they are or who they love.” She called that practice “a way for the church to work to bring about the vision of the kin-dom.”

Adams said she’s met several families “who would consider themselves conservative who have intersex children identified at birth. Interestingly, when it’s your situation, I feel like it’s easier to understand it and be in touch with it.” Parents “are often blamed for these decisions made by them on behalf of their children” when “they’re not given enough information and aren’t given alternatives to surgery.”

There’s a “big misunderstanding,” Adams said, “that to raise a child as a girl or a boy, they have to have the corresponding genitals in order to do that, and they don’t. A kid can be a girl, a boy or neither and not have to have the corresponding binary body associated with that.” Many families now “are choosing to delay the surgery,” Adams said, “and give the child some choice.”

“A lot of pastors might have parents come to them and say, ‘This is what happened and I don’t know what to do,” Budwey said. “As Marissa says, a lot of folks don’t know what intersex is, and so if they have a child and are told their child is intersex, that’s obviously a big shock to parents who don’t know what it is.” They can feel pressure from the medical community, which tells the parents, “We can fix this,” Budwey said. “We trust our doctors and think they know what’s best. If we can help pastors be educated so when families come to them with questions, they can offer them resources like interACT and InterConnect, which can connect you with intersex people or the parents of intersex people.”

When a child is born, “That’s the first question, right? Is it a boy or a girl?” Budwey said. “What happens when that’s not clear? We are fighting against a lot of socio-cultural norms.”

“The more we can resource people, the better,” Catoe said. “This is much needed,” he said, thanking his guests for their time and for their insights. “We are so happy y’all got to join us.”

New editions of “A Matter of Faith: A Presby Podcast” drop every Thursday. Listen to the podcast, sponsored by the Presbyterian Peacemaking Program and Unbound: An Interactive Journal of Christian Social Justice, by going here.