Letter demands US end support for Saudi-led war effort, which could raise possibility for peace 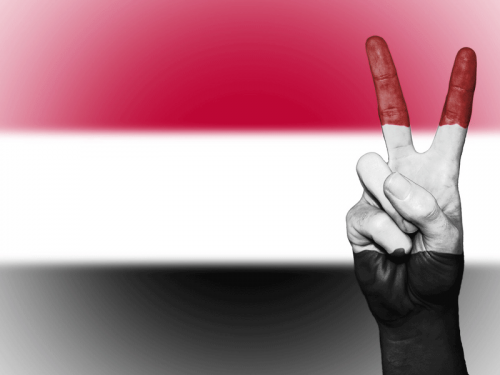 Illustration by David Peterson via Pixabay

LEXINGTON, Kentucky — Yemen is the largest humanitarian crisis in the world, with 23.7 million in need of help, including 13 million children.

“Yemen has become a living hell for children,” UNICEF Executive Director Catherine Russell said in a March statement. “Millions of parents don’t know if their children will survive from one day to the next.”

In addition to famine that has gripped the country, millions are displaced, harmed, or killed in the civil war that rages in the country, including thousands of children recruited into the fighting.

But a glimmer of hope has emerged in a cease fire between the Yemini government, supported by a Saudi-Arabia-led coalition, and Houthi rebels. In an effort to seize this moment, the Presbyterian Church (U.S.A.) has joined nearly 70 other faith-based and civil society organizations in signing a letter calling for the United States to end military support of the Saudi-led coalition, in hopes it will create a lasting peace.

The Yemeni Civil War began in 2014 between the government of President Abdrabbuh Mansur Hadi and Houthi rebels. Both claim to be the official government of Yemen. The Saudi-led war and blockade of Yemen began in March 2015 and has led to the deaths of a half-million people and exacerbated a humanitarian crisis. Making the situation even worse is the Russian war in Ukraine, as Yemen receives nearly a third of its wheat and grain from Ukraine.

Yemen is now three weeks into a two-month long truce — already longer than any other cessation of hostilities in eight years. The letter asserts that U.S. withdrawal from the conflict could give Saudi Arabia incentive to continue negotiating and result in a longer and possibly lasting peace. It urges members of the U.S. Congress to support a proposed War Powers Resolution from Reps. Pramila Jayapal (D-Washington) and Peter DeFazio (D-Oregon) calling for the U.S. military to end participation in the conflict.

While the administration of President Joe Biden ceased U.S. participation in the Saudi-led operation in Yemen, the U.S. military continues to provide support in spare parts, maintenance and logistics.

“Yemen’s people urgently need relief,” said Catherine Gordon, Representative for International Issues in the Presbyterian Church (U.S.A.) Office of Public Witness. “The continued war only means more death and destruction for innocent civilians including many children who face starvation. There is no military solution to the conflict and the U.S. should play a constructive part in helping to end it — not exacerbate it.” 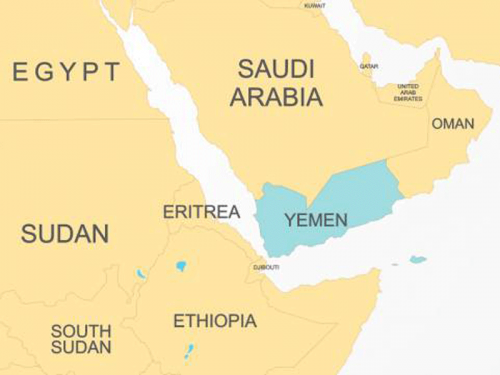 Gordon noted that signing onto the letter is in line with Presbyterian policy on Yemen established at the 223rd General Assembly, which called to advocate for an end to hostilities in Yemen and a political, not military solution.

The coalition initiating the letter was organized by the Friends Committee on National Legislation, a Quaker lobby in Washington, D.C. Gordon said when the War Powers resolution is introduced, it will release an Action Alert urging Presbyterians and anyone else concerned to contact their Congressional representatives in Washington.

Here is the letter in its entirety:

We, the undersigned national organizations, welcome news that Yemen’s warring parties have agreed to a two-month nationwide truce, to halt military operations, lift fuel restrictions, and open Sana’a airport to commercial traffic. In an effort to strengthen this truce and further incentivize Saudi Arabia to stay at the negotiating table, we urge you to cosponsor and publicly support Representatives Jayapal and DeFazio’s forthcoming War Powers Resolution to end U.S. military participation in the Saudi-led coalition’s war on Yemen.

March 26th, 2022, marked the start of the eighth year of the Saudi-led war and blockade on Yemen, which has helped cause the deaths of nearly half a million people and pushed millions more to the edge of starvation. With continued U.S. military support, Saudi Arabia escalated its campaign of collective punishment on the people of Yemen in recent months, making the start of 2022 one of the deadliest time periods of the war. Earlier this year, Saudi airstrikes targeting a migrant detention facility and vital communications infrastructure killed at least 90 civilians, wounded over 200, and triggered a nationwide internet blackout.

While we condemn Houthi violations, after seven years of direct and indirect involvement in the Yemen war, the United States must cease supplying weapons, spare parts, maintenance services, and logistical support to Saudi Arabia to ensure the temporary truce is adhered to and hopefully, extended into a lasting peace agreement.

The truce has had a positive impact on Yemen’s humanitarian crisis, but UN officials warn that millions are still in need of urgent assistance. In Yemen today, roughly 20.7 million people are in need of humanitarian aid for survival, with up to 19 million Yemenis acutely food insecure.  A new report indicates that 2.2 million children under the age of five are expected to suffer from acute malnutrition over the course of 2022 and could perish without urgent treatment.

The war in Ukraine has only exacerbated the humanitarian conditions in Yemen by making food even more scarce. Yemen imports over 27% of its wheat from Ukraine and 8% from Russia. The UN reported that Yemen could see its famine numbers increase “five-fold” in the second half of 2022 as a result of wheat import shortages.

According to reports from UNFPA and the Yemeni Relief and Reconstruction Fund, the conflict has had especially devastating consequences for Yemeni women and children. A woman dies every two hours from complications of pregnancy and childbirth, and for every woman who dies in childbirth, another 20 suffer preventable injuries, infections, and permanent disabilities.

In February 2021, President Biden announced an end to U.S. participation in the Saudi-led coalition’s offensive operations in Yemen. Yet the United States continues to provide spare parts, maintenance, and logistical support for Saudi warplanes. The administration also never defined what “offensive” and “defensive” support constituted, and it has since approved over a billion dollars in arms sales, including new attack helicopters and air-to-air missiles. This support sends a message of impunity to the Saudi-led coalition for its bombardment and siege of Yemen.

Representatives Jayapal and DeFazio recently announced their plans to introduce and pass a new Yemen War Powers Resolution to end unauthorized U.S. involvement in Saudi Arabia’s brutal military campaign. This is more essential than ever to maintain momentum for the fragile two-month truce and to prevent backsliding by blocking U.S. support for any renewed hostilities. The lawmakers wrote, “As a candidate, President Biden pledged to end support for the Saudi-led war in Yemen while many who now serve as senior officials in his administration repeatedly called for shutting down precisely the activities the U.S. is engaged in that enable Saudi Arabia’s brutal offensive. We call on them to follow through on their commitment.”

Congress must reassert its Article I war powers, terminate U.S. involvement in Saudi Arabia’s war and blockade, and do everything it can to support the Yemen truce. Our organizations look forward to the introduction of the Yemen War Powers Resolution. We urge all members of Congress to say “no” to Saudi Arabia’s war of aggression by fully ending all U.S. support for a conflict that has caused such immense bloodshed and human suffering.

Center on Conscience and War

Historians for Peace and Democracy

Sisters of Mercy of the Americas – Justice Team

The United Methodist Church — General Board of Church and Society

United for Peace and Justice

US Campaign for Palestinian Rights (USCPR)