‘To Breathe Free’ and ‘Trigger’ received by wider audiences 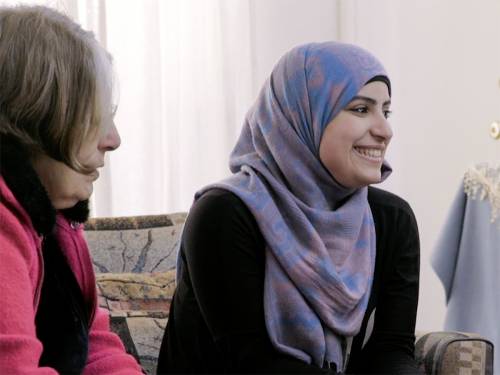 LOUISVILLE — Two documentaries produced in collaboration with Presbyterian Disaster Assistance (PDA) and other Presbyterian Church (U.S.A.) ministries have been selected to screen at prominent U.S. film festivals. “To Breathe Free,” the story of Syrian refugees, was selected for screening at the Savannah Film Festival and “Trigger,” a documentary about gun violence, was selected by the Social Justice Festival in Seattle.

The PDA films, and others, have already won awards at other festivals. “Locked in a Box” received an Award for Achievement in Documentary Film from the Georgia Latino Film Alliance and Film Festival following its screening as part of a discussion and panel on immigration and DACA in Atlanta.

“To Breathe Free” won Best Documentary Short at the Covellite International Film Festival this past weekend.

“It’s been a great couple of weeks,” said David Barnhart, PDA associate for story ministry and director of the films. “We are hoping that this award will help with our launch of the film.”

“To Breathe Free” and “Locked in a Box” were recently shown in Dayton, Ohio, as part of a series of events hosted by Westminster Presbyterian Church, 21st Century Peace Literacy Foundation, Fazl-I-Umar Mosque, Dayton International Peace Museum, University of Dayton, Sinclair College, and the Dayton Opera — which planned activities such as talks and concerts with a running theme around immigration and refugees.

“We show our films at a film festival and people respond to it and then they go home.  In this case, everyone was here for the purpose of learning, but also to engage and do something, whether as a faith community or a college student who is interested in visitation ministry at detention centers,” said Barnhart. “Everyone that came wanted to learn and do something. That’s the purpose of these films and exactly what we want them to be — a voice or medium to connect people and find their own way to engage with the issues.”

Presbyterian Disaster Assistance is able to produce these film resources and respond quickly to emergencies because of gifts to the One Great Hour of Sharing.